Yes We Need the $1.9 Trillion Stimulus: Real Unemployment is 3 Times What They’re Telling Us

Rosy portraits of an expanding economy hide the chronic weakness of the US economy and especially the burdens imposed on poor and minority communities. Fear of inflation on the part of Republicans is insincere and ill timed. 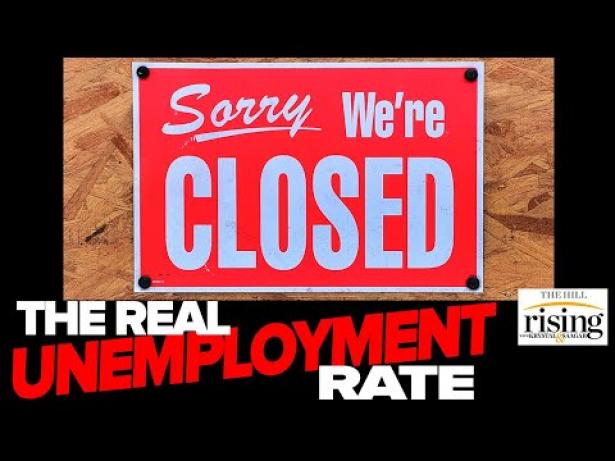 Southwest Harbor, Maine (Special to Informed Comment) – As Congress gets set to debate the Biden Pandemic relief package, one of the favorite Republican lines is the contention that an economic recovery is already well underway. Pouring more money into an accelerating economy is likely to induce seventies style inflation. It is time, they argue, for a little cautionary austerity. However politically efficacious this line may be, rosy portraits of an expanding economy hide the chronic weakness of the US economy and especially the burdens imposed on poor and minority communities.

Fear of inflation on the part of Republicans is insincere and ill timed. Republicans seldom worry about inflation when the military budget or massive tax cuts for the wealthy are on the line. And if policy makers wish to err on the side of precaution, a little bit of inflation is far preferable to a renewed burst of joblessness or deflation. The former is far easier control via standard monetary and fiscal policy.

What grounds their faith in the future? Though business economists know that the stock market is not the real economy and that the former can boom even as the latter slumps a booming stock market cheers the wealthy and diminishes interest in relief of the burdens imposed by the pandemic on poor and working class citizens.Media treatment of the unemployed also plays a major role in shaping popular understanding of the course of the economy. The Bureau of Labor Statistics (BLS) releases monthly statistics on unemployment, but because the BLS definition of unemployment construes part-timers looking for full time work as fully employed and disregards so-called discouraged workers, this BLS number is almost always an undercount. Nonetheless most of the mainstream media discussions of unemployment focus exclusively on the headline number. Such a strategy, whether intended or not, hides the prevalence of corporate practices of increased reliance on part-time, no-benefit, workers.

Reliance on part-timers, erosion of the minimum wage, attacks on unions all have served to depress working class wages. The net result is that more jobs are poverty level and the headline unemployment number provides an ever more rose colored portrait of the overall economy.

Writing in Politico, former Comptroller of the Currency Eugene Ludwig argues:-“[The picture of the labor market} is completely different if you filter the same BLS data to exclude part-time workers looking for full-time work and those making less than a poverty wage (pegged conservatively at $20,000 per year). Anyone who wants full-time work but can only find part-time work, and those working full-time but earning too little to climb above the poverty line, should be considered functionally unemployed. I’ve begun to calculate this, which I’ve dubbed the True Rate of Unemployment. And the TRU in December wasn’t 6.7 percent — it was an alarming 25.1 percent”

Bad as these numbers are they also need to be taken in the context of the punitive welfare state. Tax shortfalls have been used to justify cuts in already miserly social programs, endorsed by even many so- called centrist Democrats. A center left party that no longer acknowledges the gaping holes and limitations of its domestic agenda leaves its traditional working class base increasingly vulnerable to authoritarian demagogues. In a recent report on American longevity the Lancet comments:” Trump exploited low and middle-income white people’s anger over their deteriorating life prospects to mobilise racial animus and xenophobia and enlist their support for policies that benefit high-income people and corporations and threaten health. His signature legislative achievement, a trillion-dollar tax cut for corporations and high-income individuals, opened a budget hole that he used to justify cutting food subsidies and health care.”

The Lancet reminds us that William Julius Wilson, a leading African American sociologist,

What we are left with is a nation scarred by levels of excess mortality unequalled in any other G-7 nation. “Most of the US mortality excess is among people younger than 65 years. If US death rates were equivalent to those of other G7 nations, two of five deaths before age 65 years would have been averted. To put this number in context, the number of missing Americans each year is more than the total number of COVID-19 deaths in the USA in all of 2020.”

To do anything about these human tragedies the first task is not to hide behind concepts and narratives that understate the problem. Ask local media how often they present stock market info as compared to any number of labor market indices like occupational injuries And most importantly don’t let media or politicians or friends and neighbors dissuade us from activism in the cause of social justice with misleading assertions that “doesn’t everyone already have a job?”

John Buell has a PhD in political science, taught for 10 years at College of the Atlantic, and was an Associate Editor of The Progressive for ten years. He lives in Southwest Harbor, Maine and writes on labor and environmental issues. His most recent book, published by Palgrave in August 2011, is "Politics, Religion, and Culture in an Anxious Age." He may be reached at jbuell@acadia.net