This new novel is a tale of union organizing, class struggle, and romance. 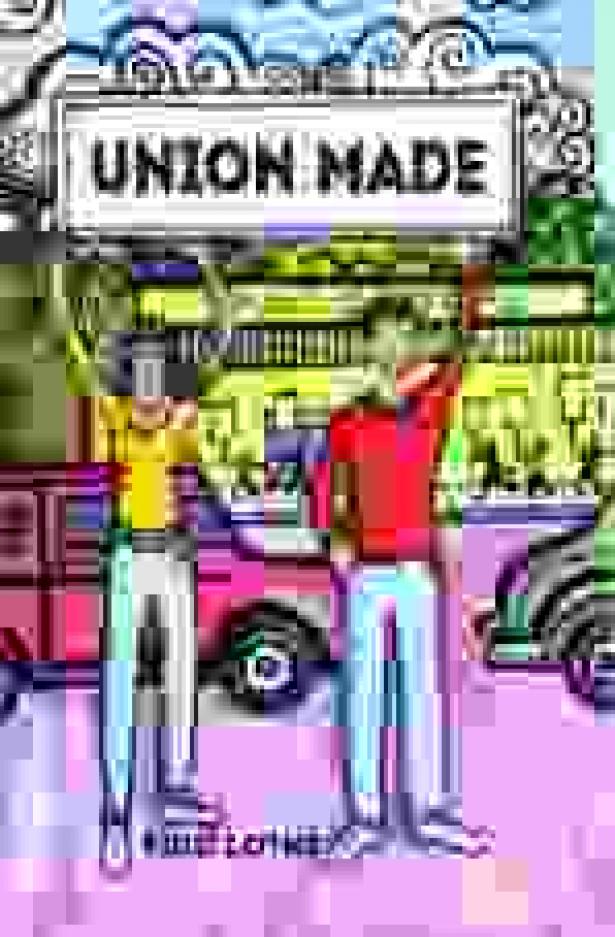 If you are an activist or just like to read a good story you might find the list of books at Hard Ball Press (www.hardballpress.com) to your liking. The most recent fictional offering of the press is Eric Lotke’s Union Made, a novel that combines labor activism, stresses and strains of workers’ lives, the machinations of corporations and investment bankers, and romance (the Press also has a list of non-fiction books about workers, guides for labor organizing and progressive children’s books).

Union Made tells the story of a union staffer, Catherine Campbell, who is working on a union organizing drive at a large retail chain with stores in Richmond, Virginia. Wages are low and manager sympathies for family/ work schedule needs are non-existent. Large numbers of Pac-Shoppe workers are passionate in their commitment to create a union. They see workers’ power, and particularly the ability to demand a livable wage, tied to union certification. But, as in so many labor struggles, organization and protest bring sacrifices. Some workers lose their jobs. Others get their schedules changed to make child care more difficult. And, on the picket line, some even experience accidental injury or mass arrests.

We learn from Campbell that union staffers must be respectful of the sacrifices workers make when they commit to a union drive. And we learn from her that staffers need to defer to the workers who must decide on strategy and speak for themselves. Staffers from the outside can assist and facilitate campaigns but can never replace the wisdom of the workers themselves. Campbell also is sensitive to the multi-racial, diverse ages, families, and immigrant statuses of low wage workers in huge corporations.

But Union Made tells another side of the story, that of Nathaniel Hawley, an accountant. Hawley works for an accounting firm which was bought out by a larger financial conglomerate. All of a sudden his accountancy shifts to analyzing the books of large corporations, including the books of Pac-Shoppe. Nathaniel is only sketchily aware of the Pac-Shoppe labor campaign going on in his town and only marginally feels concerns for workers’ needs, briefly portrayed in local media. His self-concept is tied to his job: being a good accountant, scanning financial records, and being a skilled mathematician.

However, Nathaniel’s life becomes complicated in two ways. First, he notices on television that a union staffer who has come to town to help the PAC-Shoppe workers organize is Catherine Campbell, a woman he had a crush on in high school. And second, his once obscure accounting firm, now an affiliate of a large corporation, has bought a large block of stock in Pac-Shoppe, because of the declining value of the stock during the labor dispute. Nathaniel’s dilemma is whether to side with the workers (and the woman he had a crush on) or maintain loyalty to his firm and job security as a well-placed accountant.

The dilemmas of union organizing, class struggle, and romance are described compellingly and in clear and entertaining prose in Union Made. Reading this novel also stimulates thinking about the role of the arts--fiction, theater, painting, photography, music, dance, and design--as vehicles for education and agitation. Some cultural critics and academics judge artistic creations that disengage from real life circumstances as superior. Often works of art are dismissed as ”merely political.” Eric Lotke’s Union Made and most of the offerings of Hard Ball Press take the view that artistic creations can both educate and entertain. With the growth of social movements in the United States,  there is a renewed recognition that life and art are inextricably connected and that art can help to inform and contribute to organizing.

Erik Lotke’s, Union Made, the latest Hard Ball Press publication, is in this tradition.