Through their work in public education, public transit and public health, millions of African Americans have been able to provide for their families and strengthen their communities. But without federal aid now those jobs are on the chopping block. 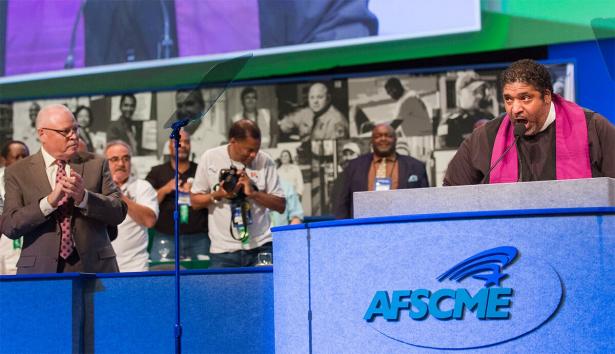 That is the simple truth behind desperately needed aid for states, cities, towns and schools. Over the last year, some 1.3 million public service jobs, many of them held by African Americans — including nurses, teachers, EMTs and sanitation workers — have evaporated because of holes the pandemic blew open in state and local budgets.

One of the most effective ways for Congress to crush this virus and get our economy moving again is to help states, cities, schools and towns bring these workers back and hire more of them. It would also be a way, during Black History Month, to remain faithful to our past and continue advancing the cause of racial justice.

For generations and to this day, public service jobs have been a sturdy ladder of opportunity for African American families climbing their way to the middle class. At a time when systemic discrimination blocked so many pathways, African Americans were hired in the public sector as postal workers, teachers, librarians and more.

These jobs came with security and stability — not just a decent income, but good health care benefits, a pension and very often a union card that provided surefire rights and protections. To this day, one in five African American workers have public sector jobs, helping close the racial wealth gap. Among those employed in the public sector, white households have about twice the wealth of Black households. That is troubling to be sure; but, by comparison, in the private sector, that gap becomes a chasm — Black households have only about a dime of wealth for every dollar held by white households.

Through their work in public education, public transit and public health, millions of African Americans have been able both to provide for their families and strengthen their communities. But now, those jobs are on the chopping block. Without federal aid, more layoffs loom, dragging down the entire job market with it. How do we know? The same thing happened a decade ago.

With the nation in the throes of the Great Recession, politicians of both parties responded by drastically cutting spending. Austerity became the watchword. Right-wing activist Grover Norquist, who once famously said he wanted to shrink government to the size he could drown it in the bathtub, had his day in the sun. States and communities nationwide slashed public services to the bone, and African American families took the biggest hit. In 2012, 200,000 fewer African Americans held public sector jobs than just four years earlier.

Ten years later, inexplicably, we are in danger of making the same public policy mistakes again. It is devastating enough that African Americans are disproportionately contracting COVID-19 and dying at higher rates than the population at-large. But because of the gutting of public services, we are also being pummeled economically. In just a year’s time, between September 2019 and September 2020, the number of Black people on the nation’s public payrolls shrunk by 211,000. This is one of the critical, yet often unspoken, reasons the pandemic has raged out of control. Giving pink slips to the very people who can bring the virus to heel is the worst possible crisis management strategy.

And things will get worse if Congress does not step in. Who will get shots into arms if more public health professionals are axed? How will laid off Americans get the unemployment benefits they have paid into when states shed more claims processors? How will small businesses survive when basic services like sanitation, clean water and road maintenance — normally so dependable that they are never included in any business model — erode even further?

In the immediate term, we need Congress to come through with emergency aid to save these jobs and services. But in the long term, to vanquish the virus, build a prosperous economy for all and ensure that people earn a living wage as well, it is time to bury for good the fake news of austerity: that somehow a race to the bottom will take us to the top.

This is the moment to remind people about the power of government action, especially but not exclusively during moments of crisis. When it is run competently, when public services are performed by dedicated and compassionate people, government can affirm human dignity, provide basic needs and improve lives on a grand scale.

Let’s get public service workers back on the job and bring back real investment in the essential services that sustain us all.

Lee Saunders is President of the American Federation of State, County and Municipal Employees. The Rev. Dr. William J. Barber II is the President & Senior Lecturer of Repairers of the Breach, Architect of the Moral Monday Movement and Co-Chair of the Poor People’s Campaign: A National Call For Moral Revival.