labor We’re All in it Together: Why Workers Organize and How; A Review of Union Made, a novel (and romance) by Eric Lotke

March 15, 2021 Kurt Stand Portside
Printer friendly
We’re All in it Together: Why Workers Organize and How; A Review of Union Made, a novel (and romance) by Eric Lotke Published March 15, 2021 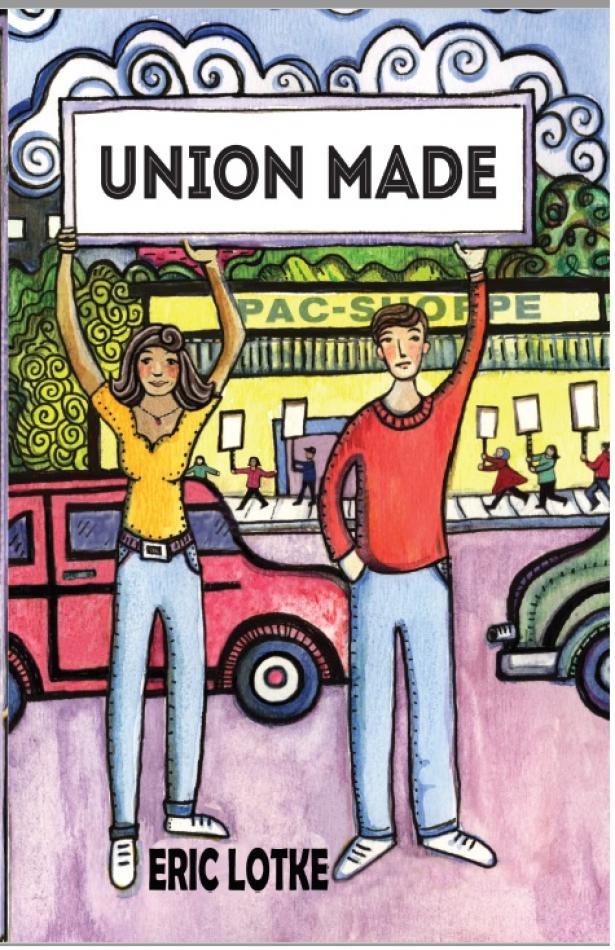 “My father always worked and always earned a living.  My mom, too.  But he never found another job [after the unionized plant where he worked shut down] that paid as well, had full health-benefits, or the same esprit de corps as the plant job staffed by people who stayed together for years … Those guys grew up together.  They went to each other’s weddings, I used to babysit his co-workers' kids.”  (p. 276)

Catherine Campbell, one of the two central characters in Eric Lotke’s Union Made (Hardball Press, 2021), in explaining why she has dedicated her life to working as an organizer, brings out a truth about unionism often ignored.  Yes indeed, a union enables workers to earn better wages and get health insurance along with other benefits that would otherwise be unobtainable; however, she adds to that something else critical to why labor organization is so important – it enables workers to be part of a community, to take pride in the work they do as part of a shared endeavor.  People want to be valued and respected in their working lives, and not be treated as cogs in a wheel.  Lotke’s novel emphasizes the connection between dignity gained by economic security and dignity gained through rights won by collective action.

Nate Hawley, the other central character in the novel, is an accountant who, slowly and painfully, comes to a similar awareness.  In his instance, understanding of unionism develops from outside the world of labor-management issues. Rather, it begins with him questioning the nature of his work for a financial firm.  Or, rather, the nature of a company that is all about buying and selling for profit, with people, property, values, incidental to making a dollar:

“What he really learns is that Fitzgerald Financials understands business as financial assets, hardly more than allocations of capital with quarterly returns, more like a bank than a business.  Nate always thought business was about making things, satisfying customers, and developing new ideas – not just collecting dividends.  But maybe he’s old fashioned.  Maybe he should open a shoe store and get out of the shark tank.” (p. 94)

Impelled by a core decency and empathy, Nate’s understanding of the issues at play is deepened when he begins to tutor the son of an immigrant cleaning woman at his office, seeing realities that had been invisible to him.  Set in Richmond, Virginia, the novel tells the story of how the two of them come together over the course of a union organizing drive Catherine is leading at the “Pac Shoppe” retail chain.  Rekindling a flame between the two of them that had never been lit, is a shared memory of a single moment from when they briefly knew each other in high school.  Noticing Nate helping someone older, Catherine commented, “we’re all in this together.”  It is a phrase that reflects how they each choose to act.

Explanations about the value of unions, of solidarity, in establishing economic justice and building community run through this work.  But while that sets the stage, Union Made takes the story one step further, providing depth through a detailed, concrete portrayal of what an organizing drive looks like from the inside.  We see the process of reciprocal escalation from both sides of a campaign.  There are forms of power the company has: shift schedule changes, firings, even strategic promotions.  The company has access to seats of power in government, in policing, in the media, that are not available to workers as individuals, and are far more difficult to access even for strong unions.  Every step management takes has one over-riding goal: to demoralize workers who are trying to organize.

Yet, as described by Lotke, a union can counter that through their its own source of power: the commitment and perseverance of the workers being organized.  Be the aim disruption or education (or a combination of both) tactics include public rallies, street protests, leafletting retail outlets, speaking to the media, civil disobedience.  Strength to counter management comes from outreach to community allies, research to understand company strategy and vulnerabilities, political pressure on local elected officials.  At the root, though, it comes from membership engagement, membership “ownership” of the union.   This, in the telling, is something Catherine knows, but something she still has to be reminded of from time-to-time by the workers being organized.  Their willingness to take risks develops as both sides escalate tactics over the course of a campaign and reflects the extent the workers at the store become invested, personally, in the outcome.

Nate, as an outsider, gets increasingly – and inadvertently -- drawn in, spends a day in prison and faces the threat of more time.  That situation enables Lotke to give a glimpse of the criminal justice system.  His picture reveals intimate knowledge, born of his advocacy on behalf of prisoner rights (especially in a legal challenge to usurious phone call rates charged to those locked up) -- just as his description of union organizing drives reflects knowledge gained in his work for SEIU’s Justice for Janitors campaign and his subsequent work for the National Education Association.

As the plot unfolds, we see a conflict between selfish individualism and community – or should we say, capital and labor.   Guiding everything, is the spirit of “we are all in this together,” a phrase that implies an obligation that we all ought to do what we can.  Building from that value, toward the end of the book, Catherine gives a powerful and succinct definition of just what makes a union work and a membership meeting which she begins by noting that “unions are not soda machines,” in which you put money in, get soda out and complain if it doesn’t work.  Instead, she explains,

“Your union is your tool.  Creating a union enables you to take your complaints and demands to management.  With your union, you can complain about how things are, and suggest ways to make things better.  The union puts you in position to bargain together for higher wages or better benefits.

“But that doesn’t happen because … the bargaining committee wave magic wands.  It happens because all of us band together to be taken seriously.  Like we’re doing now.’”She raises her voice and shouts her conclusion, “You get in shape by using the gym, not by paying your membership dues.’”  (pp 306-307)

Union Made is available from Hard Ball Press (www.hardballpress.com).