Representative calls on Biden administration to phase out contracts between Ice and local jails and prisons. 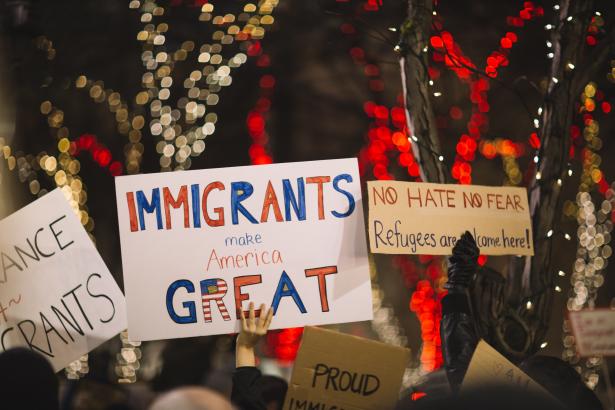 Ilhan Omar has called on the Biden administration to phase out immigration detention contracts between Immigration and Customs Enforcement (Ice) and local jails and prisons.

In a letter to Susan Rice, director of the White House Domestic Policy Council, and Alejandro Mayorkas, secretary of the Department of Homeland Security (DHS), the Minnesota Democrat said the contracts perpetuated mass incarceration.

“In order to truly sever the financial incentives causing the expansion of an unnecessary and abuse-ridden system of mass incarceration, we urge you to end contracts between the federal government and localities for the purposes of immigration detention,” Omar wrote, in a letter also signed by other Democratic members of Congress.

Immigration activists have for years targeted such contracts at local levels.

Biden is under pressure to address the sprawling US immigration detention system, the largest in the world and rampant with allegations of abuse.

More than 70 members of Congress, including Omar, have called on Biden to phase out the use of private prisons for immigration detention. Biden signed an executive order to do so at justice department facilities, but not at facilities which detain migrants.

Biden’s administration is also attempting to respond to an increase in asylum-seeking children at the southern border. A near-record 9,457 unaccompanied children were taken into US Customs and Border Protection (CBP) custody in February, according to the agency, the most since May 2019.

In recent weeks, thousands of children have stayed in CBP facilities beyond the 72-hour legal limit, after which they are supposed to be moved to the care of the US health department.

A CBP tent facility in Donna, some 165 miles south of Dallas, is holding more than 1,000 children and teenagers, some as young as four. Lawyers who inspect immigrant detention facilities have said they have interviewed children who reported being held in packed conditions, some sleeping on the floor, others not able to shower for five days.

Biden is using the Federal Emergency Management Agency (Fema), best known for responding to natural disasters, to manage and care for the children.

Later on Monday, it was reported that the administration plans to use a downtown Dallas convention center to hold up to 3,000 immigrant teenagers.

The Kay Bailey Hutchison Convention Center will be used for up to 90 days beginning as early as this week, according to written notification sent to members of the Dallas city council on Monday and obtained by the Associated Press. Federal agencies will use the facility to house boys ages 15 to 17, according to the memo, which described the soon-to-open site as a “decompression center”.