As legislative aides, organizers, and independent contractors, we launched the Political Workers Guild of Colorado to ensure that we can work with dignity under fair conditions.

Would you work a job that pays an hourly wage of $15 with no health care coverage, no benefits, no overtime pay, and no means of negotiating your own terms of employment?

We get it, it’s not for everyone. In fact, it shouldn’t be for anyone.

As political workers across Colorado, we are excluded from state, local and national labor laws that protect workers from exploitation. As people working for elected officials, we are explicitly excluded from these statues. 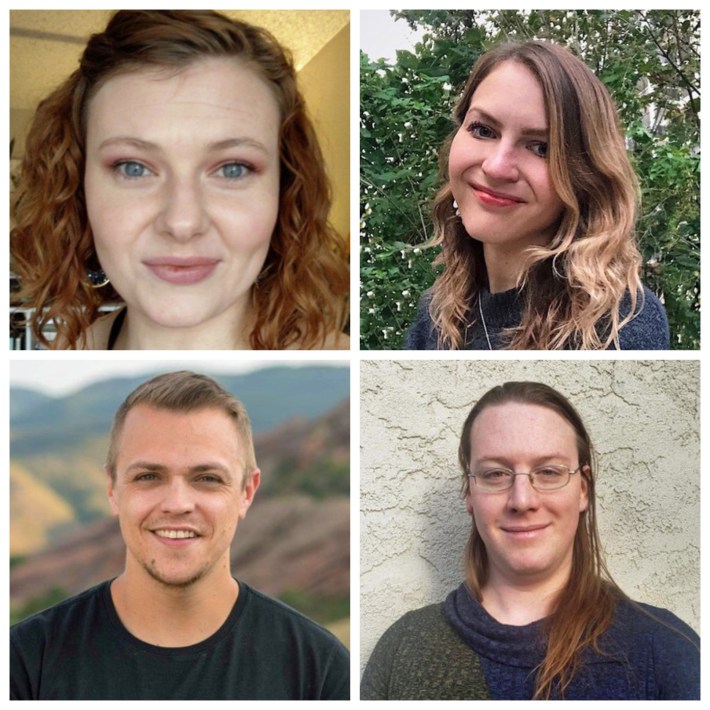 Despite working to elect candidates who claim to champion social and economic justice, these campaign promises are seldom extended to staff. In fact, due to legal prohibitions on political activity, legislative aides at the Colorado state Capitol are not permitted to testify before the legislature, even when the terms of our employment are being discussed.

The right to negotiate the terms of employment is extended to every other worker, but we are governed more by norms and guidelines than actual laws, which leaves both aides and organizers vulnerable to their bosses’ whims.

In fact, if we hadn’t started a union, we legally could not be having this discussion.

As legislative aides, organizers, and independent contractors, we launched the Political Workers Guild of Colorado to ensure that we can work with dignity under fair conditions.

As a group that firmly believes in social and economic justice for all Coloradans, this requires fighting for our own rights as political workers. We are not asking for anything exceptional — legislative aides in some states are paid more than four times as much as us.

Advocating for ourselves will only create a better-functioning government. In the Colorado General Assembly, low pay combined with the unstable nature of the job lends itself to high turnover in the aide corps.

Aides are expected to work overtime developing bills, researching policy initiatives, and running stakeholder meetings, all while being the primary point of contact for hundreds of constituent phone calls and emails per day.

We are only allowed to be paid for 40 hours of work per week, but there is nothing preventing our bosses from expecting us to work 60 hours or more.

Despite this juggling act, aides are still not valued enough to be compensated for the work they do, let alone have the health insurance necessary to see a physician if they’re ill.

Experience doesn’t pay the bills. Expecting employees to work for low pay ensures that only those coming from a financially advantageous background can break into a field already saturated in money and privilege. Promises of equity and change cannot hold true if the playing field isn’t level.

Furthermore, the mass exodus of talent among our ranks that occurs every year due to a lack of employer support leads to a new group of staffers, and legislators, starting from square one.

The best aides possess institutional knowledge of Colorado’s political environment — a quality that can’t be learned from an onboarding pamphlet. Personal relationships that previous aides had formed are lost, once again yielding power back to the lobbyists that roam the halls of the Capitol and frequently take advantage of inexperienced aides and legislators alike.

This massive break in the political ecosystem takes power away from the people and hands it to unelected lobbyists representing special interests. The maltreatment of aides severely hinders elected officials’ ability to effectively represent and provide for their constituents, and cripples the opportunity to create needed change in the political infrastructure.

As a group of individuals working to change Colorado for the better, this is a far cry from the future we envision for our state. We can, and must, do better by leading with actions instead of words.

Labor unions allow us, and all workers, to have a say in their terms of employment. Collective bargaining is a valuable means to an end, but it is not everything. Organizing, speaking with a unified voice, and being able to support fellow workers is an immensely powerful tool, and one that should not be underestimated.

We have discovered the hard way that if we don’t act, no one will.

To those concerned that having organized labor so close to seats of power might lead to more pro-worker policies, we say: Good. Those who rely on exploitation and division to build their wealth are standing in the way of a more just, equal society for us all.

If you’re truly against allowing individuals to have a voice, you should re-evaluate more than just what side of this debate you’re on.

Heather Bradley and Brooke Holmes are legislative aides at the Colorado State Senate. Logan Davis is an independent political consultant and former deputy director of the House Majority Project. Meredith Phillips is a political organizer and first vice-chair of the Arapahoe Democrats.