The debate over policing in the wake of Floyd’s death will last beyond Chauvin's trial and has already been shaped by what happened last May in Minneapolis. 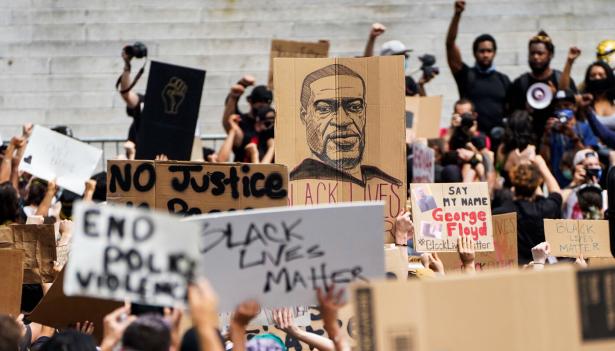 Criminal trials in America are never an earnest search for the truth. They cannot be. The Constitution and the rules of criminal procedure forbid it. Instead they are imperfect tests of evidence and stamina and standards that unfold in an unrealistic world in which the defendant and the public are asked to believe that judges and jurors (and prosecutors and cops) don’t bring their biases with them to work. At their best, criminal trials are revelatory for the small details that emerge in testimony that may fill in the blanks in the story of the case. At their worst, criminal trials are frauds that generate a result but not nearly the answers we seek.

It’s important to keep these low expectations in mind as you follow the murder trial of former police officer Derek Chauvin that began in Minneapolis this week. We already know the truth about what happened to Floyd. The only question is whether the jury of nine women and six men, including six people of color, applying the evidence they see and hear with the legal standards the judge gives them, are going to call it a crime.

Chauvin is charged with killing George Floyd on a city street last May in an episode of police brutality the whole world by now has seen. The killing sparked a wave of anti-police protests across the country that are splashing their way through police departments and the city councils (and the national political conversation) 10 months later.

The debate over policing in the wake of Floyd’s death will last beyond Chauvin’s trial and has already been shaped by what happened last May in Minneapolis. We’ve gone from a nation where few knew what a police “knee restraint” technique was, for example, to a nation discussing why police in Minneapolis used that deadly technique 44 times from 2015 to 2020. And just as we now have a better sense of the depth of conviction of police reformers, we now understand in a way we maybe didn’t after the 2014 shooting of Michael Brown in Ferguson, Missouri, of how deeply entrenched, and racist, some of the opposition to that reform is.

It is remarkable (and a sign of progress) that Chauvin was charged with murder at all. So many other police officers are not so charged, even in similar circumstances. And it would be even more remarkable if Chauvin were convicted at all. Phil Stinson, a criminologist at Bowling Green State University, told the Associated Press last week that fewer than 140 police officers have been charged with murder or manslaughter since 2005 despite thousands of fatal police shootings. Only seven cops were convicted of murder during that time, Stinson said.

It’s easy to frame the Chauvin case as one of race or policing in America. An online headline at the Minneapolis Star Tribune’s website over the weekend screamed: “Derek Chauvin trial represents a defining moment in America's racial history,” which may or may not be true (ask me in 30 years). From the same article: “The trial itself is about what happened that May evening, but it will also be a vessel into which a splintered society places its rage, anxieties and hopes.” Paul Butler, a former federal prosecutor, put it more bluntly. “In terms of public consciousness, this is all about race,” Butler said, before making it clear he believes that there is no guarantee that jurors will hear much evidence about race at trial.

Our splintered society has reached no consensus on the future of policing, either, since Floyd died. Certainly Minneapolis has not. The fight there between reformers and police hardliners continues on the eve of the Chauvin trial and it will surely linger on well past it. Police budgets in other cities have been reduced by reform-minded public officials, too. But then there’s this, from Bloomberg City Lab: “Even as the 50 largest U.S. cities reduced their 2021 police budgets by 5.2% in aggregate—often as part of broader pandemic cost-cutting initiatives—law enforcement spending as a share of general expenditures rose slightly to 13.7% from 13.6%.”

The result of the Chauvin trial will tell us little more than what a collection of 12 Minneapolis residents think of the evidence they’ll be allowed to see over the next few weeks. Prosecutors show jurors that eternally long video, eight minutes and 46 seconds of excruciating police work on an American street, and tell them that no cop who keeps his knee on the neck of a prone man begging for air should be excused from criminal liability. Defense attorneys tell those same jurors that Floyd helped do himself in, with drugs, and that Chauvin should be given the benefit of two doubts, one as a criminal defendant, the other as a cop.

All it takes is one juror to embrace Chauvin’s theory and you have either a hung jury or an acquittal. Or a conviction on third-degree murder or manslaughter, which would reduce the maximum potential sentence Chauvin could receive from 40 years for second-degree murder down to 25 or 10 years, respectively. There is a reason prosecutors fought so hard before trial — taking the matter up on appeal — to give jurors these compromise options. If a juror wants to hold Chauvin accountable for killing Floyd but does not want to condemn Chauvin to what would be a life sentence given his age, then lesser charges represent a sort of moral compromise.

It will be interesting to hear details from witnesses about the police training Chauvin received — the knee restraint, use-of-force standards, etc. — and how hard prosecutors try to separate the respect jurors may feel for police in general with the scorn prosecutors want them to feel for this particular former cop in particular. It will be fascinating to see the extent to which defense attorneys try to blame the victim for his own death and how far the trial judge lets them travel down this road. But whether the defendant is convicted or not, I don’t expect history to be made inside the courtroom in Hennepin County, Minnesota, in State v. Derek Chauvin.

I expect instead jurors to do their best in an impossible situation, knowing as they surely do that the eyes of the world are upon them. I expect the trial judge to maintain firm control of the trial so it does not devolve into the circus we know high-profile trials can become. I expect there to be a great deal of speculation about whether the defendant himself will testify on his own behalf once the defense case begins. And I expect we’ll be grappling with the results of the trial for many years to come. George Floyd’s death refueled a movement that transcends the Chauvin case, always has and always will, and that’s the truth.