books Following the Traces: A Roundup of Forthcoming University Releases

The reviewer highlights some of the noteworthy (and readable) academic press books coming out in the first half of 2021. 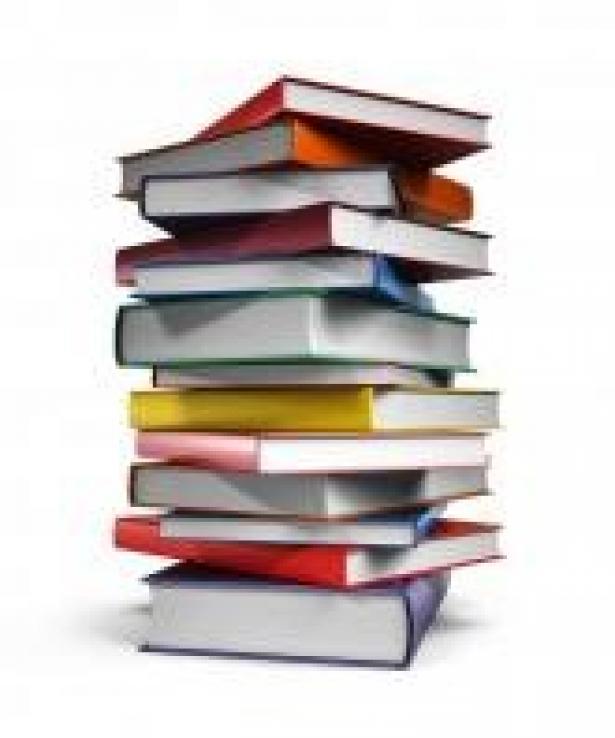 Last month I went through a fairly unpleasant learning experience when a data-storage catastrophe overtook the digital archive I had accumulated over the past seven years. A technician was able to recover a lot, but about a quarter of it (100 gigabytes) was wiped out entirely. That included all the material I’d compiled on books coming out in 2021.

Here’s the lesson: while “back everything up” is sound advice, it is not sufficient. More to the point, albeit less memorable, would be something like “back everything up in two distinct and unconnected locations, such as an external drive and a cloud service.” Or don’t, and risk pulling your hair out.

Having to recreate a pool of information on spring and summer university-press titles was not the worst chore in the world to face, of course, even when the effort is totally redundant. The second time through, the occasional cluster of books caught my attention that I hadn’t noticed in the fall. Here are listings of a few of them.

As a species, we show no natural immunity to pernicious nonsense -- and little sign of developing one. Seema Yasmin’s Viral BS: Medical Myths and Why We Fall for Them (Johns Hopkins University Press, January) has a lot of ground to cover: acknowledging that the record of unethical medical experiments and medical mistakes hasn’t made it any easier to debunk "a host of celebrities spewing anti-science beliefs," Yasmin "dissects some of the most widely circulating medical myths and pseudoscience." (All quoted material in this column is taken from publishers’ descriptions.) The book "even comes with Dr. Yasmin’s handy pull-out-and-keep Bullshit Detection Kit."

The challenge, of course, is getting people to use it. Arriving in translation from German, Zoran Terzic’s Idiocracy: Thinking and Acting in the Age of the Idiot (Diaphanes, distributed by University of Chicago Press, May) identifies "a new quality of idiocy today" that derives, not from mere ignorance, but from a deliberate refusal to understand things. The new-model idiot exhibits "the systematic incompetence that is impacting every crevice of political and media life," thanks to which "the absurd is redefining the image of reality." (Memo to marketing: the paperback edition ought to have a picture of the QAnon shaman on the cover.)

Not quite a companion volume, Deliberate Ignorance: Choosing Not to Know (MIT Press, March), edited by Ralph Hertwig and Christoph Engel, is an interdisciplinary collection of papers exploring “the conscious choice not to seek information.” This is not necessarily a bad choice: one of the examples considered is blind orchestral auditions. “When is [deliberate ignorance] a virtue, when is it a vice, and what can be learned from formally modeling the underlying motives?” The normative grounds and institutional protocols for enabling or preventing deliberate ignorance are taken up by a roster of “psychologists, economists, historians, computer scientists, sociologists, philosophers, and legal scholars.” So much to know about choosing not to!

A couple of new books sound like glosses on the maxim in the title of one of W. C. Fields’s later films, Never Give a Sucker an Even Break. In Southern Scoundrels: Grifters and Graft in the Nineteenth Century (LSU Press, April), editors Jeff Forret and Bruce E. Baker bring together papers on the social and economic history of Dixie’s underbelly: "the shady and unscrupulous peddlers, preachers, slave traders, war profiteers, thieves, and marginal men who seized available opportunities to get ahead and, in doing so, left their mark on the southern economy," ante- and postbellum.

Meanwhile, "a protean assortment of low-life characters" operated south of the border, including those whose careers William B. Taylor chronicles in Fugitive Freedom: The Improbable Lives of Two Impostors in Late Colonial Mexico (University of California Press, February). "Cut loose from their ancestral communities by wars, natural disasters, and the great systemic changes" of the global economy, an influx of shady operators into the Spanish colony of Mexico "prompted a stream of decrees and administrative measures that treated them as nameless threats to good order and public morals." Clearly, Europe and America were not sending Mexico their finest people.

The figures whose careers Taylor reconstructs passed themselves off as priests but were also playing a familiar role from Spanish literature: the picaro. The book examines "the social histories and inner lives of two individuals at the margins of an unfinished colonial order that was coming apart even as it was coming together."

Closer to the narratives of today’s multimedia genre of true crime is Eileen Welsome’s Cold War Secrets: A Vanished Professor, a Suspected Killer, and Hoover’s FBI (Kent State University Press, May). The disappearing academic in question, Thomas Riha, is described as “a native of Prague … a popular teacher at the University of Colorado at Boulder and a handsome man, with thick, graying hair and a wry smile” -- that is, at least until the mid-March of 1969. "After his disappearance," it seems, "the FBI and the CIA told local law enforcement and university officials that Riha was alive and well and had left Boulder to get away from his wife."

Not so, probably. "When the local district attorney in Colorado threatened to subpoena intelligence officials to find out who was behind the 'alive and well' rumors, the CIA’s representative in Denver claimed the information originated with the FBI," which infuriated J. Edgar Hoover enough that he "actually cut off relations with the CIA." The author names a suspect in what she argues was the professor's murder.

Nowadays there’s a tendency to think of J. Edgar himself as a suspect, or at least up to no good, on a great many fronts. Christopher M. Elias’s Gossip Men: J. Edgar Hoover, Joe McCarthy, Roy Cohn, and the Politics of Insinuation (University of Chicago Press, May) "illustrates how these three men solidified their power through the skillful use of deliberately misleading techniques like insinuation, hyperbole and photographic manipulation." Their success came in part from the American public of their day being "particularly primed to accept these coded threats" through consumption of gossip magazines. This may be a case of scholarship catching up with James Ellroy, whose novel American Tabloid pursued that thesis with all due imaginative embellishment.

Finally, as if to return to the trauma mentioned at the top of this column, there’s Jessica Wynne’s Do Not Erase (Princeton University Press, June). The premise is somehow both obvious and inspired: it collects more than 100 photographs of mathematicians’ chalkboards from around the world, “accompanied by essays from each mathematician, reflecting on their work and processes.”

To the layperson’s eye, each chalkboard is a wall of hieroglyphics, awesome and inscrutable -- while also exhibiting the diversity of aesthetics that go with pursuing different kinds of mathematical creativity. The book also documents loyalty to an old medium: “While other fields have replaced chalkboards with whiteboards and digital presentations, mathematicians remain loyal to chalk for puzzling out their ideas and communicating their research.”

Of course, such loyalty also runs the risk of someone carelessly wiping away an entire, hard-won line of thought, hence the book’s title, chalked up against disaster. Nowadays, a mathematician might also want to take a cellphone photo, just to be on the safe side -- and then back it up, by any and every means necessary.

[Essayist  Scott McLemee is the Intellectual Affairs columnist for Inside Higher Ed. In 2008, he began a three-year term on the board of directors of the National Book Critics Circle. From 1995 until 2001, he was contributing editor for Lingua Franca. Between 2001 and 2005, he covered scholarship in the humanities as senior writer at The Chronicle of Higher Education. In 2005, he helped start the online news journal Inside Higher Ed, where he serves as Essayist at Large, writing a weekly column called Intellectual Affairs. His reviews, essays, and interviews have appeared in The New York Times, The Washington Post, The Boston Globe, The Nation, Newsday, Bookforum, The Common Review, and numerous other publications. In 2004, he received the Nona Balakian Citation for Excellence in Reviewing from the National Book Critics Circle. He has given papers or been an invited speaker at meetings of the American Political Science Association, the Cultural Studies Association, the Modern Language Association, and the Organization of American Historians.