Global Left Midweek - Parties and Politics in Ebb and Flow 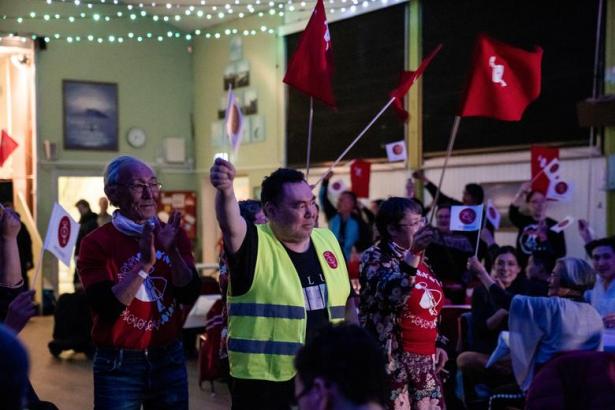 Inuit Ataqatigiit, or “Community of the People,” had campaigned against the Kvanefjeld project, which was granted preliminary approval under Prime Minister Kim Kielsen's Siumut party government.

A year in, the British Labour leader is giving the Tories an easy ride while investing his energy in an all-out war on the party’s left.

The ruling Left Democratic Front (LDF)’s candidates in Kerala look strong as the campaign for the Assembly elections 2021 enters its last lap.

While the format of this convention didn’t fully facilitate member participation, their energy still shined though. The NDP adopted a progressive policy on Palestine, endorsing sanctions on Israel, including a ban on trade with Israeli settlements and an arms embargo on Israel.

A new bill cosponsored by Alexandria Ocasio-Cortez would finally give Puerto Ricans the chance to decide their political relationship with the United States.

President Samia Suluhu has already reversed some of her predecessor’s stances. Now, many would like to see Tanzania’s first female president break with the late John Magufuli’s legacy on gender issues.

The vice-chairperson of the Communist Party of Kenya talks about the recent arrest and legal proceedings against their members, the unscientific approach to the COVID-19 pandemic by the Uhuru Kenyatta government, and the trajectory of the communist movement in the country.

A global police state is emerging in response to poor and working class uprisings around the world. William I. Robinson’s new book reveals its architecture.