Debt Collectors: We Should Be Able to Break Your Legs

The $13 billion debt collection industry is funneling huge amounts of cash to lawmakers in a bid to kill legislation that would finally put some limits on their predatory business model. 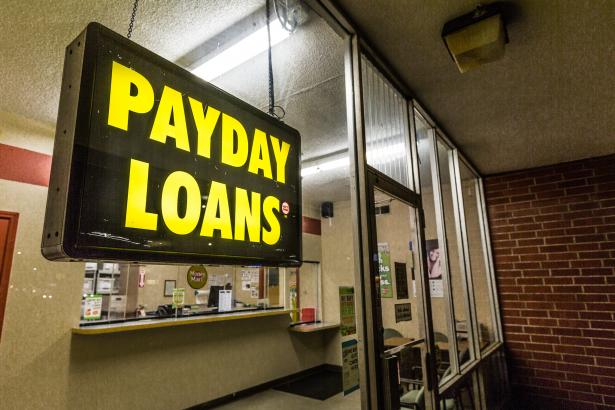 Two months ago, debt collectors won a victory when congressional lawmakers allowed stimulus checks to be garnished by creditors and government agencies. Now, as the credit industry hits a jackpot during the pandemic, the leading lobby group for debt collectors has more than tripled the amount of cash it funnels to lawmakers as it campaigns to block upcoming Democratic legislation to protect millions of Americans from the repo man.

At issue is a package of bills designed to restrict the $13 billion debt collection industry, as new Federal Reserve and Census Bureau reports show consumer and medical debt has skyrocketed during the pandemic.

One measure would prohibit the collection of medical debt for the first two years after a medical payment is due. Another would discharge student debt in the event of a debtor’s death. Other provisions aim to block lenders from forcing debtors to sign away their legal rights; outlaw threats of demotion that debt collectors reportedly aim at members of the military; and subject government-contracted debt collectors to the same restrictions as consumer debt collectors.

“In the midst of the pandemic crisis, predatory debt collectors have made record profits while continuing with their abusive, harassing tactics while consumers struggle to make ends meet through no fault of their own,” said Democratic representative Maxine Waters, who led the successful effort to pass the bill through the House Financial Services Committee last month over the objections of GOP lawmakers.

As the legislation now moves to the House floor Thursday, ACA International — which bills itself as “the largest trade group for the debt collection industry” — has been running what it calls a “grassroots campaign” urging its 2,500 members to pressure lawmakers to vote down the legislation.

“The accounts receivable management industry plays a key role in the process of attempting to recover outstanding payments, and as such, collection agencies are an extension of every community’s businesses,” says a form letter that ACA has asked debt collectors to send to lawmakers. “If creditors cannot collect, they will be forced to not lend, and consumers — who much of this legislation is supposedly aimed at protecting — will end up being harmed the most, particularly those with fewer options for credit.”

While ramping up its efforts to try to block the legislation, ACA has spent $136,000 on lobbying lawmakers, and its political action committee has made more than $72,000 in campaign donations in the first three months of 2021, according to federal records we reviewed. That includes almost $60,000 — or roughly $2,000 a day — in the month of April alone, as the legislation was being negotiated.

The campaign cash represents a nearly fourfold increase in donations from the group compared to the first three months of 2019, during the start of the last election cycle.

Among the recipients are senators Joe Manchin and Krysten Sinema, both conservative Democrats, as well as the National Republican Senatorial Campaign Committee, which bankrolls GOP senators’ election bids.

At the same time, trade associations such as ACA, the National Creditors Bar Association, the Commercial Law League of America, and Receivables Management Association International have a battalion of Capitol Hill lobbyists backing up banking industry groups that have criticized the bill.

During the Donald Trump presidency, the debt collection industry spent more than $2 million on lobbying and delivered $343,000 to Republican campaigns, according to the advocacy group Allied Progress. The industry was rewarded with last-minute Trump administration rules — now delayed by the Biden administration — that critics say would permit debt collectors to harass their targets.

The Intercept recently reported that one provision of Democrats’ new legislation would effectively reverse that high court ruling — taking up the call by Supreme Court justice Sonia Sotomayor, who wrote that the ruling “does not prevent Congress from clarifying this statute if we have gotten it wrong.”

Other bills in the package directly respond to recent high-profile scandals that have plagued the debt collection industry.

For instance, one provision bars so-called “confessions of judgment” in which lenders require customers to sign documents preemptively relinquishing their right to defend themselves in court. Investigations by the New York Times and Bloomberg Businessweek documented widespread abuse of the practice, with the latter reporting that “in dozens of interviews and court pleadings, borrowers describe lenders who’ve forged documents, lied about how much they were owed, or fabricated defaults out of thin air.”

Another provision would “prohibit debt collectors from threatening a servicemember with reducing their rank, having their security clearance revoked, or prosecuting them under the Uniform Code of Military Justice,” according to the bill report.

That follows a 2015 report from the Consumer Financial Protection Bureau which found that “some debt collectors are threatening servicemembers by claiming that they will report the unpaid debt to their commanding officer, have the servicemember busted in rank or even have their security clearance revoked if they don’t pay up.”

To try to deter all of these abuses, the legislation also boosts penalties for debt collectors that violate existing debt collection rules. “One of the most important things that this bill would do is just indexing damages for inflation and make sure that the deterrent effect of a violation is still in place by making sure that that amount increases over time,” said April Kuehnhoff, a staff attorney at the National Consumer Law Center, which is among the public interest groups supporting the bill.

David Sirota is editor-at-large at Jacobin. He edits the Daily Poster newsletter and previously served as a senior adviser and speechwriter on Bernie Sanders's 2020 presidential campaign. You can subscribe to David Sirota’s investigative journalism project, the Daily Poster, here.

Our new issue of Jacobin, “The Ruling Class,” is out now. Get a $20 discounted print subscription today!