U.S. Labor Shortage? No, We Have a Crisis of Low Wages

Don’t easily believe claims that there’s a lack of people to fill jobs. What’s really going on is that employers aren’t offering workers a living wage.

May 18, 2021 Heidi Shierholz In These Times
printer friendly 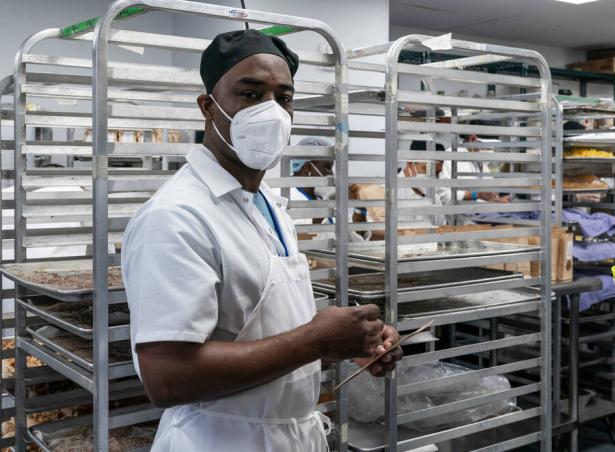 There are lots of anecdotal reports swirling around about employers who can’t find workers. Just search ​“worker shortages” online and a seemingly endless list of stories pops up, so it’s easy to assume there’s an alarming lack of people to fill jobs. But a closer look reveals there may be a lot less to this than meets the eye.

First, the backdrop. In good times and bad, there is always a chorus of employers who claim they can’t find the employees they need. Sometimes that chorus is louder, sometimes softer, but it’s always there. One reason is that in a system as large and complex as the U.S. labor market there will always be pockets of bona fide labor shortages at any given time. But a more common reason is employers simply don’t want to raise wages high enough to attract workers. Employers post their too-low wages, can’t find workers to fill jobs at that pay level, and claim they’re facing a labor shortage. Given the ubiquity of this dynamic, I often suggest that whenever anyone says, ​“I can’t find the workers I need,” she should really add, ​“at the wages I want to pay.”

This points to the fact that the footprint of a bona fide labor shortage is rising wages. Employers who truly face shortages of suitable, interested workers will respond by bidding up wages to attract those workers, and employers whose workers are being poached will raise wages to retain their workers, and so on. When you don’t see wages growing to reflect that dynamic, you can be fairly certain that labor shortages, though possibly happening in some places, are not a driving feature of the labor market.

And right now, wages are not growing at a rapid pace. While there are issues with measuring wage growth due to the unprecedented job losses of the pandemic, wage series that account for these issues are not showing an increase in wage growth. Unsurprisingly, at a recent press conference, Federal Reserve Chairman Jerome Powell dismissed anecdotal claims of labor market shortages, saying, ​“We don’t see wages moving up yet. And presumably we would see that in a really tight labor market.”

Further, when restaurant owners can’t find workers to fill openings at wages that aren’t meaningfully higher than they were before the pandemic — even though the jobs are inherently more stressful and potentially dangerous because workers now have to deal with anti-maskers and ongoing health concerns — that’s not a labor shortage, that’s the market functioning. The wages for a harder, riskier job should be higher.

Another piece of evidence against widespread labor shortages is the fact that the labor market added more than 900,000 jobs in March, the seventh highest percent increase in jobs in the last half century. It is difficult to imagine that labor shortages were creating a large impediment to hiring when hiring was happening at such a scale. Further, despite many anecdotes of restaurants in particular not being able to find workers, the labor market added 280,000 jobs in the leisure and hospitality sector in March, the sixth highest percent increase in the last half century, even though average weekly earnings for nonsupervisory workers in that sector equate to annual earnings of just $19,651. With these kinds of numbers it is difficult to take the claims of widespread shortages very seriously.

While there are certainly fewer people looking for jobs now than there would be if Covid weren’t a factor — many people are out of the labor market because of Covid-related care responsibilities or health concerns — without enough job openings to even come close to providing work for all job seekers, it again stretches the imagination to suggest that labor shortages are a core dynamic in the labor market.

One question people raise is whether the expanded pandemic unemployment benefits keep workers from taking jobs. Right now, for example, unemployed workers who receive unemployment insurance benefits get not just the (very meager) level of benefits they would get under normal benefits formulas, but an additional $300 a week. That means that some very low-wage workers — like many restaurant workers — may receive more in unemployment benefits than they would at a job. Is this making jobs hard to fill? There was a lot of fuss about this same question a year ago, when workers were getting a $600 additional benefit a week. There were several rigorous papers that looked at this question, and they all found extremely limited labor supply effects of that additional weekly benefit. If the $600 a week wasn’t keeping people from taking jobs then, it’s hard to imagine that a benefit half that large is having that effect now.

I cut my labor-market-monitoring teeth during the Great Recession, and it was a formative experience. In the aftermath of that recession, there were nearly constant tales of employers who couldn’t find workers. The stories at that time about labor shortages in construction, when the unemployment rate in construction was still close to 13 percent, have a similar feel as claims today of labor shortages in restaurants, considering that the unemployment rate in leisure and hospitality is currently 13 percent. The Great Recession was caused by the bursting of a giant housing bubble that threw many construction workers out of work, and the Covid recession was caused by a public health crisis that shuttered many restaurants.

In both cases, counterintuitive reports about employers not able to find the workers they need really captured the public’s imagination. But a look under the hood reveals that beyond the anecdotes there is little evidence of a real shortage.

A version of this article was first posted at The Commons, hosted by the Initiative for Policy Dialogue.

Heidi Shierholz is Senior Economist and Director of Policy at the Economic Policy Institute. From 2014 to 2017, she served the Obama administration as chief economist at the Department of Labor.