Facing an alliance of right-wing parties, business associations, and US-backed institutions like the National Endowment for Democracy, Andrés Manuel López Obrador’s MORENA Party managed to retain its majority in Congress. A victory worth celebrating 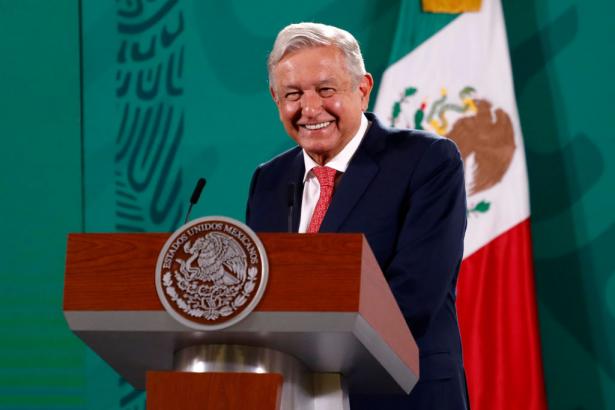 In the end, none of it was enough.

A pile-on alliance of right-wing parties, the vociferous backing of business associations, the overt partiality of the National Electoral Institute, the NGO-funneled financing of USAID and the National Endowment for Democracy, desperate scenes of vote buying and disruption of precincts, and a near-uniform wall of major media, including last-minute anti-AMLO screeds in every outlet from the Economist to the Nation: none of it was able to prevent the MORENA coalition from romping to victory in the Mexican midterm elections of June 6, retaining its majority in Congress and seizing two-thirds of the governors’ races in dispute.

Results from the preliminary electoral count indicate that MORENA will win between 190 and 203 seats in the lower house of Congress known as the Chamber of Deputies, equaling or bettering its result in the presidential election of 2018, when it captured 191. Add this to the range of 35 to 41 seats won by the Workers’ Party (PT) and the 40 to 48 captured by the Greens, and the coalition is set to win somewhere between 265 and 292 seats: a clear majority out of 500. The victory will allow MORENA’s legislative agenda to proceed in tandem with its majority in the Senate, which was not up for election.

In governors’ races, MORENA did even better, sweeping eleven of the fifteen statehouses in dispute, ten of which it flipped from one or other member of the right-wing alliance: from the once-feared Institutional Revolutionary Party (PRI) alone, it snatched seven. This will raise the total number of states governed by MORENA from a mere six before the midterms to seventeen out of thirty-two.

Of special note was the coalition’s ability to win in northern border states such as Baja California, Sonora, and Coahuila, where it had virtually no presence before 2018 and where its predecessor parties on the center-left failed to make inroads for decades. With its ability to win in any part of the country, from the industrial and US-facing north to the more rural and Indigenous south — and without Andrés Manuel López Obrador at the top of the ticket on this occasion — MORENA has taken a further step in articulating itself as a truly national party.

A Shot Across the Bow

Not all of the news, however, was as uniformly positive. With the full weight of irony, MORENA racked up victories across the varied topography of the nation only to stumble on its home turf of Mexico City. There, it lost eight of the sixteen alcaldías, or districts into which the one-time federal district and now state is divided, and came within a whisker of losing its majority in the legislature. The divide was stark between the working-class areas to the east and the more affluent zones to the west, leading to a cottage industry of memes about a city divided.

Looming above the socioeconomic split and the vicissitudes of long-term governance (the center-left has governed Mexico City without interruption since 1997), the vote appeared to be a clear and very targeted protest against the subway disaster of May 3, in which the collapse of a section of elevated subway line caused the deaths of 26. While the city government has repeatedly promised that there will be no impunity in its investigation, no one has yet lost their jobs as a result. And as the leading presidential hopefuls for MORENA are current and former mayors Claudia Sheinbaum and Marcelo Ebrard, losses in the city also cast a degree of doubt as to what will happen at the upper echelons of the party once AMLO — who is not allowed to seek reelection — leaves office in 2024.

Complications in the capital aside, the overall results give MORENA and its supporters a lot to celebrate. It showed resilience in its first outing as a party of government, demonstrating that it could win nationally without AMLO at the top of the ticket, in an off-season election that typically punishes the party in power, in the face of a united opposition, and in the context, moreover, of a pandemic whose repercussions have toppled presidents and prime ministers elsewhere in the world. Citizens on the streets also played a direct role, stepping in to foil repeated attempts at electoral crimes with the backing of the National Guard, which made arrests in situations that have historically gone unpunished.

Armed with this endorsement from the Mexican public, the challenge for MORENA in the coming session will be to maintain its momentum, to resist the temptation to coast, and to avoid, above all, getting prematurely entangled in the politics of the presidential race to come. It has been returned to Congress to deliver and — as the shot across in the bow in Mexico City has shown — what has been given can just as quickly be taken away. Manos a la obra.

[Kurt Hackbarth is a writer, playwright, freelance journalist, and the cofounder of the independent media project “MexElects.” He is currently coauthoring a book on the 2018 Mexican election.]