Rich Americans pay only about 2 percent on inherited fortunes, “less than one-seventh the average tax rate on income from work and savings.” 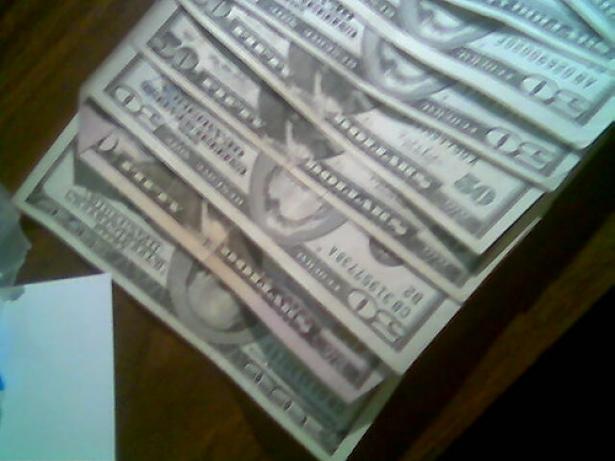 If you are an American citizen with hundreds of millions of dollars in assets, this would be a great time to die. No disrespect intended. It’s just a fact. For seldom have there existed better conditions for transferring vast fortunes to one’s offspring.

A married couple can now leave a total of $23.4 million to the kids without paying a dime in federal estate or capital gains taxes. That’s the highest exemption level in decades, not counting a temporary repeal of the estate tax in 2010. And the opportunities to sidestep inheritance taxes are legion. So much so that when Goldman Sachs alum Gary Cohn, then an adviser to President Donald Trump, kicked a hornet’s nest by reportedly joking that “only morons pay the estate tax,” wealth professionals around the country were no doubt nodding in agreement. (One Cohn defender explained that whatever he may have said, Cohn was merely alluding to rich folks who don’t take advantage of rigorous tax planning.)

America’s ultrawealthy already get away with murder by structuring their finances to avoid income, and therefore income taxes. It’s not rocket science. CEOs typically take the lion’s share of their earnings in stock and other nonwage compensation, for example. And while employees do have to pay income and payroll taxes on the initial value of stock granted in lieu of wages, anyone who accumulates a large trove of assets can hold onto those growing investments and use them as collateral for low-interest loans to fund their lavish lifestyles. Voila! No income. This is a lot cheaper than selling off chunks of stock and paying tax on the gains.

Rich Americans pay only about 2 percent on inherited fortunes, “less than one-seventh the average tax rate on income from work and savings.”

The top income tax rate these days is 37 percent, but as ProPublica revealed in a bombshell report this week, megawealthy fellows like Jeff Bezos, Michael Bloomberg, Warren Buffet, Carl Icahn, and Elon Musk pay a few percent at most. The situation is equally bad—or good, depending on your perch—with gift and inheritance taxes, which max out at 40 percent. Those taxes, if properly imposed and collected, would help narrow our yawning wealth gap and perhaps limit the toxic influence of dynasties in the political process. But, as Cohn intimated, they are easy to beat.

In a comprehensive 2020 analysis, Lily Batchelder, a tax policy expert at the New York University School of Law who is awaiting Senate confirmation as assistant treasury secretary, writes that the effective tax rate on inheritances is a piddling 2.1 percent, “less than one-seventh the average tax rate on income from work and savings.” She points out, too, that Americans were projected to inherit some $765 billion in gifts and bequests last year, and that a large share of all US wealth—about 40 percent—is derived from inheritances. “Despite our national mythos as a land of opportunity,” Batchelder writes, “the United States also has one of the lowest levels of intergenerational economic mobility. That is, relative to other countries, financial success in the United States depends heavily on the circumstances of one’s birth.”

It may seem odd, given the success of the superwealthy in legally avoiding inheritance taxes, that America’s dynasties seem so desperate to dispense with them. In 2015, Public Citizen identified nine billionaire families lobbying actively for estate tax repeal. From 2012 through early 2015, the nonprofit reported, the Mars (candy) and Wegman (grocery) dynasties, together worth more than $137 billion combined, had spent more than $3.5 million on repeal. Other dynasties (Bass, Cox, DeVos and Van Andel, Hall, Schwab, and Taylor) spent a total of $7 million lobbying on this and other issues. The US Chamber of Commerce, according to public disclosures, also lobbies regularly for repeal of the “death tax.”

Over the past decade, House Republicans have introduced at least 44 bills to kill the estate tax.

Since 2011, House Republicans have introduced at least 44 bills to kill the estate tax and the generation-skipping transfer tax, enacted to prevent wealthy families from bypassing a round or two of estate tax by passing large fortunes directly to grandchildren and great-grandchildren. The lobbying efforts noted above, though unsuccessful in their primary goal, appear to have paid off handsomely. As part of the roughly $2 trillion tax-cut package President Trump signed into law in December 2017, Republican lawmakers unilaterally—albeit temporarily—doubled the limit on how much money elite families could pass to their heirs in life and death without paying a tax.

Subscribe to the Mother Jones Daily to have our top stories delivered directly to your inbox.