Republicans Tried to Kill the ACA—Instead It Got Stronger

While not a complete victory, the Supreme Court’s ruling upholding the Affordable Care Act places it on its firmest legal ground yet. 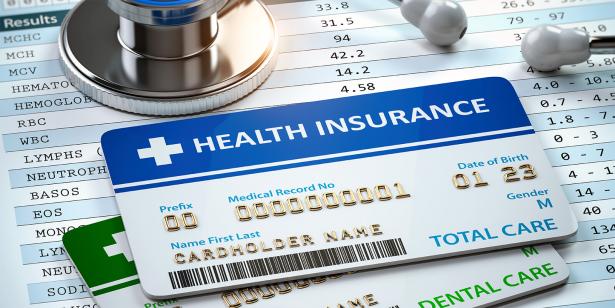 The Affordable Care Act has survived so many conservative attempts to kill it that it could star in a new Die Hard movie. The simple premise that Americans have a right to access health insurance at an affordable price regardless of previous illness angers conservatives to the point of hysteria. They’ve tried to bash it, repeal it, dismember it, and get the whole thing declared unconstitutional.

Yet, through it all, the ACA (“Obamacare”) abides. It’s almost always been close—and surviving has always required a degree of legal or political agility that would make Simone Biles blush, but the ACA always manages to stick the landing.

And it has again.

Yesterday, the Supreme Court issued its ruling in the case of California v. Texas. This latest challenge to Obamacare was brought by Texas and 17 other Republican-controlled states. They argued that the law was unconstitutional because Donald Trump had zeroed out the “individual mandate” penalty for not purchasing health care. Long-term watchers of Republican failure will remember that Chief Justice John Roberts ruled back in 2012 that the individual mandate was a “tax” and therefore the ACA was constitutional under the federal government’s taxing authority. So Republican states argued that if the tax were set to “$0.00,” the law could not be considered a tax and should thus be repealed. Other states, including California, defended the ACA, arguing that even if the individual mandate failed, the rest of the law should survive.

By a vote of 7-2, the Supreme Court refused to address those core issues in the case. There was no talk of taxes or “severability” or anything about the merits of the challenge. Instead, the justices found that the Republican states didn’t even have a right to make an argument to the court, because the ACA caused them no harm. Obamacare survived this round of Republican attacks because Republicans couldn’t show that Obamacare attacked them in any way.

The legal term of art for the issue at the heart of the decision is “standing.” The Supreme Court is not an advisory committee; it doesn’t give opinions about hypothetical situations. It issues rulings only on what’s called “Cases or Controversies”—actual live issues in which some operation of law affects real, tangible interests. To get a ruling from a court, litigants have to show that something actually happened to them that a court can address. They have to show harm. I might not like Kid Rock, but I don’t have standing to sue him. The fact that he is a faux ol’ boy causes me no actionable harm.

Most judges and justices use standing only to kick out truly meritless lawsuits and clear their dockets of the riffraff. By the time a case makes it all the way to the Supreme Court, there’s usually some thin veneer of legal harm that allows the justices to grant standing and then rule on the heart of the matter. But Chief Justice John Roberts loves to set a high bar for granting standing. It’s literally his thing. He wrote a law review article in 1993, over a decade before his appointment to the Supreme Court, extolling the virtues of a strict approach to standing, and his career has backed that up. He’s well-known as the justice most devoted to standing; he sees it as a way to keep the court out of political messes. I could argue that Roberts is never happier than when he can close the courthouse door on some desperate litigant, but I’ll give the man this: He’s consistent in his approach to this issue.

The problem with dismissing a case on standing is that it is often a signal to interested parties that all they have to do is find a better litigant, one more obviously harmed in some way, and try the same argument again. Standing usually doesn’t solve a legal issue; it just delays resolution to a different time. With a law like the ACA, one where Republicans have shown a real commitment to try to sue it to death, it would be fair to view California v. Texas as another Supreme Court “punt” that will inevitably lead to yet another constitutional challenge by Republicans.

But I’m going to inch out on a limb and suggest that, after yesterday’s ruling, Obamacare rests on the firmest legal ground it has ever enjoyed. That’s because, while Roberts is the high priest of standing, he let Justice Stephen Breyer write the majority opinion. Breyer’s opinion makes it very difficult to see how any state or individual, Republican-controlled or otherwise, could ever have standing to challenge the constitutionality of the ACA. Breyer writes that the states brought no evidence that they were harmed by people enrolling in health care, and it’s hard to imagine what evidence a state might bring in the future given that, you know, having access to health insurance does not hurt people.

This was a far cleaner and more robust victory for the ACA than the previous two Supreme Court cases, which almost grudgingly allowed the program to continue. At the very least, Obamacare is getting stronger every time the Republicans try to kill it. It seems each time to burrow in deeper as part of our legal establishment. NFIB v. Sibelius, the case establishing the ACA as a tax, was decided 5-4. King v. Burwell, which upheld the federal health care exchanges, was decided 6-3. Now, this case came out 7-2. And that’s all happened despite a rightward shift on the court over the past decade.

Still, it wasn’t a complete victory. Justice Samuel Alito wrote a dissent in which he once again called the entire law unconstitutional and indicated that he’d have been willing to repeal the whole thing. That dissent was joined by Justice Neil Gorsuch. And while Clarence Thomas voted with the majority on the standing issue, he wrote separately to reiterate his long-standing objections to the law as well. There are at least three justices who would rule the ACA unconstitutional outright if given the right chance.

But maybe not four. It’s notable that Amy Coney Barrett, who has indicated objections to the ACA in the past, did not sign on to the dissent or Thomas’s backhanded concurrence. I always assume alleged attempted rapist Brett Kavanaugh will go whichever way the strongest bros are blowing, but the inability of the hardcore conservatives to grab Barrett on this one bodes well for the future of the ACA.

For now, the ball is once again in the court of Republicans who insist on objecting to a popular, market-based health insurance program that fails to provide the kind of universal coverage enjoyed by citizens in actually advanced nations. Obamacare has once again defeated them in court and looks stronger than ever.

I don’t speak Republican, but at some point their attempts to knock down the ACA stop looking like a kid taking whacks at a piñata and start looking like a fool ramming their head into a brick wall. The ACA is still here. Are Republicans going to take another shot, or are they capable of learning?

Copyright c 2021 The Nation. Reprinted with permission. May not be reprinted without permission. Distributed by PARS International Corp.
Please support  progressive journalism. Get a digital subscription

Elie Mystal is The Nation’s justice correspondent—covering the courts, the criminal justice system, and politics—and the force behind the magazine’s monthly column “Objection!” He is also an Alfred Knobler Fellow at the Type Media Center.

Mystal is a graduate of Harvard College and Harvard Law School, a former associate at Debevoise & Plimpton, and a lifelong New York Mets fans. One of those things is not like the others. Prior to joining The Nation, Mystal was the executive editor of Above the Law. He’s a frequent guest on MSNBC and Sirius XM. He will resist.

He can be followed @ElieNYC.

The Nation is Journalism powered by you. We've been powered by our readers for more than 155 years. Support bold progressive coverage of the news that matters and donate today.

Your subscription supports The Nation's award-winning reporting. Choose your plan. You can cancel anytime.