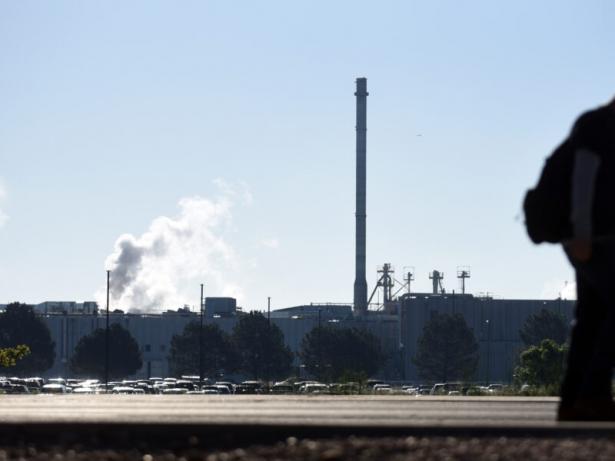 But some head a different route: They walk the short distance to the county’s community corrections and work release facilities.

JBS, like many meatpacking companies, hires incarcerated people to work the dangerous job of cutting and packing meat for Americans’ dinners. As the pandemic roared on, some of these workers found themselves at the intersection of two of the riskiest settings in the country where people were packed in tight: correctional facilities and meatpacking plants.

“They were spending 100 percent of their time in high-risk environments,” said former Weld County Public Health director Mark Wallace. “You’re going to end up with two sets of massive outbreaks.”

Nearly 400,000 prisoners in the U.S. have contracted coronavirus and about 2,700 have died, according to the Marshall Project. Investigate Midwest tracking has found that at least 50,000 meatpacking workers have gotten sick since March and 259 have died.

It is unclear how widespread the connection between COVID-19 cases in jails and meatpacking plants might have been. Some work release programs were suspended early in the pandemic. For example, North Carolina did so in late March 2020, according to the Marshall Project.

But isolated incidents were reported across the country.

The Centers for Disease Control and Prevention found examples of two meatpacking plants in Idaho contributing to the spread of cases in correctional facilities, but the agency only examined the connection in that state.

And other examples hinted at a possible connection: In Wisconsin, work release was halted last year at the Kenosha Beef plant after several employees tested positive for coronavirus, according to the Kenosha News.

And in Nebraska, the first coronavirus case in a prison was at a work release facility that sent workers to two meatpacking plants, according to the Omaha World-Herald. The article did not say if the sick prisoner was employed by one of the meatpacking plants.

But the connection in Greeley was clear to Wallace, the public health director. 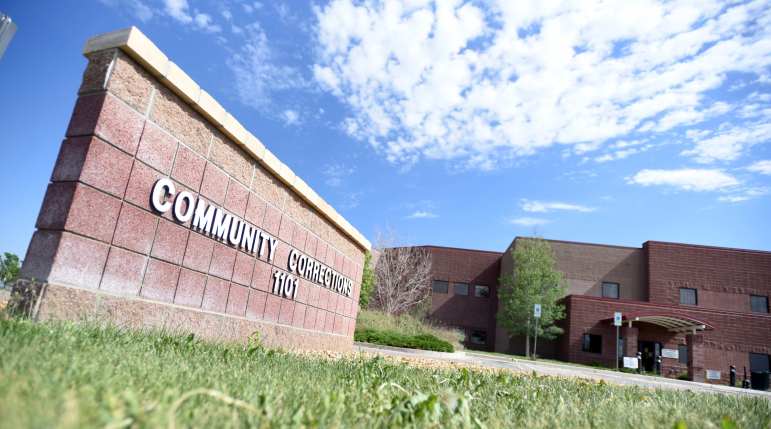 Two correctional facilities with work release programs are located within two miles of the JBS beef plant. Community Corrections houses people convicted of felonies and deemed safe for employment outside the facility. Operated by nonprofit contractor Intervention Community Correction Services, up to six people share a room in the building. The Weld County Work Release facility, which houses people who have committed lower-level crimes, has a more open-concept design with 16-person housing units.

Sixty-nine residents of Community Corrections and 29 living at the work release center were working at JBS as of April 2, 2020, when Wallace first warned his staff about the link between the facilities. Employees living at these correctional facilities spent their days shoulder-to-shoulder with coworkers at the meatpacking plant and their nights sleeping next to several others.

Since the start of the pandemic, at least 413 employees of the JBS beef plant have contracted coronavirus and six have died, according to Colorado Department of Public Health and Environment data.

At Community Corrections, more than 70 residents and staff were infected, and 23 cases have been tied to the Weld County Work Release program.

Bruce Wells-Moore, deputy chief of the probation and parole division of the Idaho Department of Corrections, said his department quickly gathered a roster of all prisoners’ work assignments and kept tabs on the business’ coronavirus protocols. They shared this roster with the Idaho Department of Health and Wellness, which hosted weekly calls with IDOC, local public health departments, health care contractors and more. 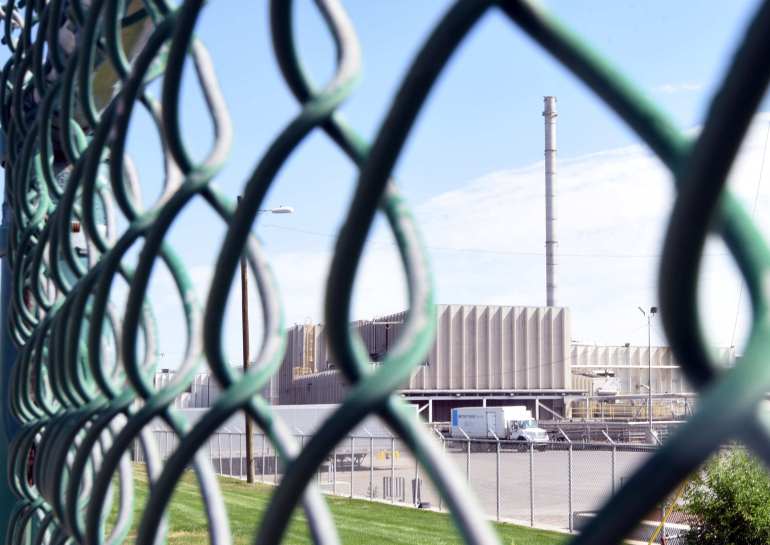 A chain link fence separates the JBS facility from the nearby highway Monday, June 7, in Greeley, Colorado, on June 7, 2021. (Photo by Joshua Polson for Investigate Midwest)

“We believe in science in the Idaho Department of Corrections,” Wells-Moore said. “We had to go and say, ‘We want to continue to work with you. But if you can’t impose and implement these protective measures — masks, social distancing — we aren’t going to be able to send our folks to do your work.”

CTI Foods, a food processing plant in Wilder, Idaho, was among the employers who didn’t follow the safety standards required by the department, Wells-Moore said. (The company has not been cited for any wrongdoing by the Occupational Safety and Health Administration and has not been issued any fines.)

CTI Foods and CS Beef did not respond to multiple requests for comments.

Do you have information about the connection between correctional facilities and meatpacking plants? Were you participating in work release during the pandemic and working at a plant? We’d love to hear from you. Email madison.mcvan@investigatemidwest.org, or contact us securely at MidwestCenter@protonmail.com.

The CDC study described how collaboration among Idaho departments resulted in more testing availability, reassignment to safer worksites and a shared pool of information.

“I know that we’re small, and we’re rural in many ways,” Wells-Moore said, “but if this can help establish a pattern or a process for other states to follow, I think that’s brilliant and I want to be part of that.” 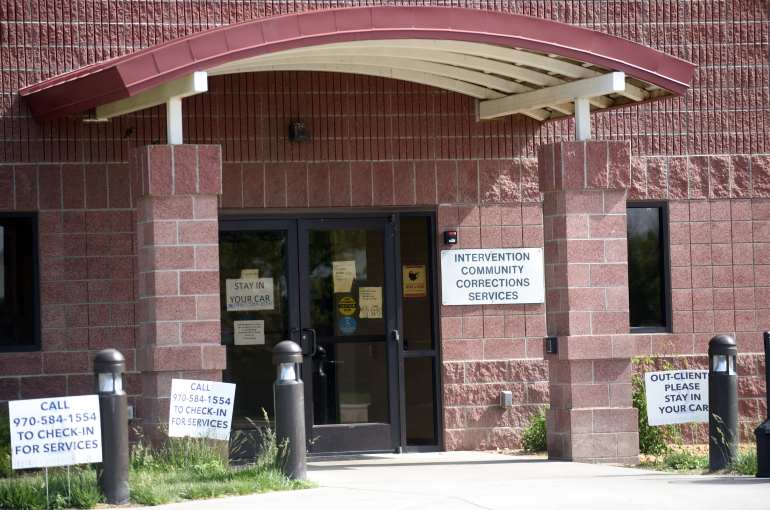 Like Community Corrections and the work release center, the Weld County public health building is only a mile from JBS’s beef plant.

From there, Wallace, the public health director, began raising the alarm about work release in the early stages of the pandemic, doing so for the first time in early April of last year, according to an email obtained through a public records request.

“COVID-19 cases in JBS employees have been identified and are increasing,” Wallace wrote in the email, dated April 2, 2020. “We’ve ascertained a significant link between Community Corrections/Work Release and JBS.”

The JBS USA headquarters are located on the west side of Greeley, 12 miles from the beef plant. As COVID-19 outbreaks cropped up in meatpacking plants around the country, Wallace began driving across town to meet with higher authorities at the company about outbreak prevention, he said.

JBS management resisted Wallace’s push for stronger virus mitigation measures at the plant, and discussions stalled when JBS denied that its employees were getting sick at work, Wallace said. (JBS did not return a request for comment.)

JBS has consistently argued its employees contracted coronavirus in the community instead of in its facilities, according to previous reporting by Investigate Midwest.

Wallace announced his retirement in May 2020 after facing pressure from JBS and the Weld County Board of Commissioners to reopen businesses in the area despite mounting coronavirus cases, according to emails obtained by MarketWatch.

Work release never halted. But before Wallace left his position, he worked with other county officials and judges to get as many nonviolent, lower-level prisoners as possible out of correctional facilities to lower the population density and reduce the risk of virus spread. This was an effective strategy for the county work release program, as the lower-level convictions of the residents allowed for more flexibility, he said.

Dianna Campbell, Weld County Justice Services Department alternative sentencing programs director, said these efforts helped decrease the county work release population from about 190 to fewer than 50 over the course of the pandemic. The number of JBS employees at the facility dropped from 29 in April 2020 to 11 as of June 4, 2021.

Doug Erler, director of the Weld County Justice Services department, said his agency collaborated with JBS to ensure all residents had consistent messaging about virus safety measures and access to coronavirus tests and vaccines. 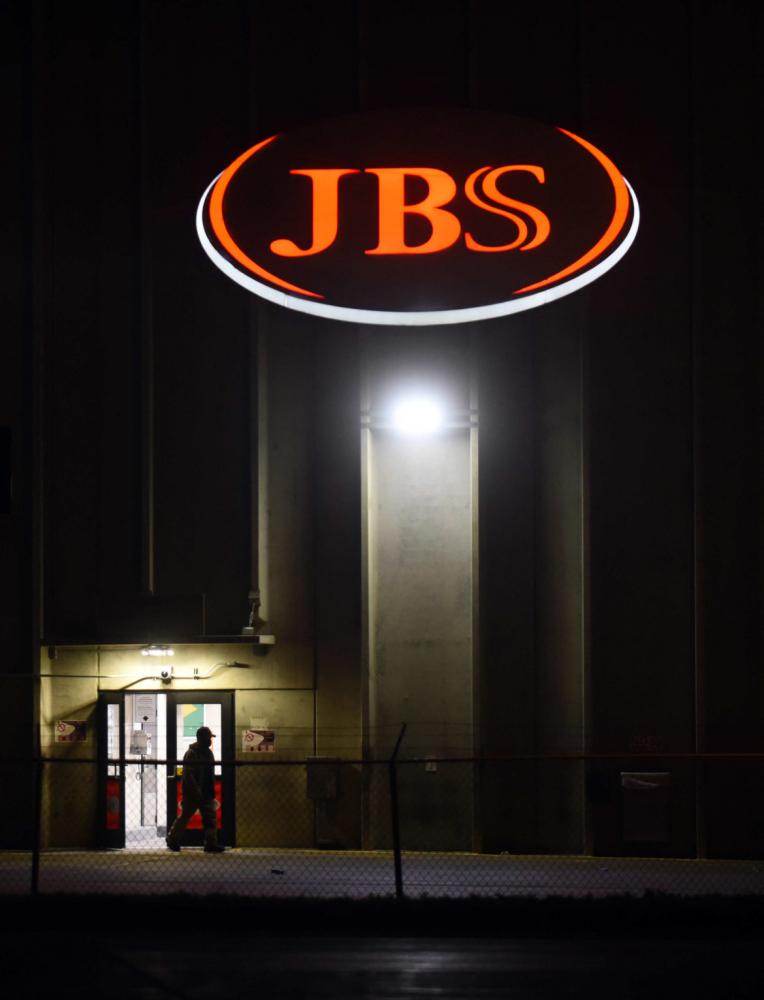 Light silhouettes a man as he exits under the JBS sign at the JBS facility Sunday June 6, in Greeley, Colorado. (Photo by Joshua Polson for Investigate Midwest)

At Community Corrections, communication with JBS was less direct, with ICCS management staying informed on the situation at JBS by talking to residents who worked there, Hulse said in an email statement.

Pandemic precautions, such as face masks and social distancing, are still enforced at the work release center even as residents get vaccinated and restrictions outside the correctional facilities have been lifted, Erler said.

Now, with vaccines widely available and U.S. coronavirus cases at the lowest levels since March 2020, Wallace has reflected on the early stages of the pandemic.

“I think we’ve learned a lesson, that we’ve got to really early on build into that prevention side for these congregate situations,” he said. “Work release is a unique one, because these folks are often going into employers like a meatpacking plant, or an essential industry that has a lot of dense workspace.”

Madison McVan graduated from the University of Missouri in 2020 with degrees in Journalism and Latin American Studies. Before joining Investigate Midwest, she worked for the Columbia Missourian and Missouri Info Corps, covering topics including state and local government, meatpacking plants and the coronavirus pandemic. She is fluent in Spanish and has published work in both Spanish and English. Originally from Pflugerville, Texas, she is now based in the Twin Cities.