Unvaccinated people make up the vast majority of cases, hospitalizations, and deaths. 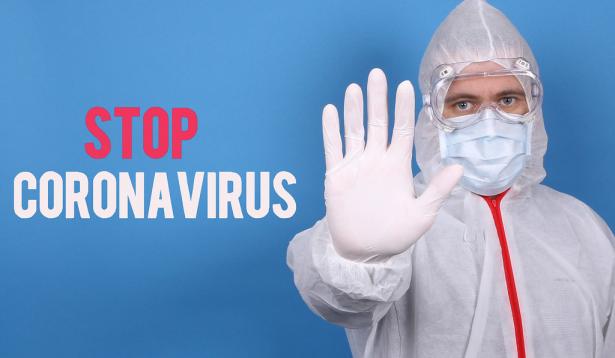 "Doctor in face mask showing stop sign with his hand and Stop Coronavirus text" is licensed under CC BY 2.0, focusonmore.com

The last week’s headlines were not comforting for Americans vaccinated for Covid-19.

The Centers for Disease Control and Prevention changed its guidance to recommend everyone, regardless of vaccination status, wear masks in Covid-19 hot spots. A study of an outbreak in Provincetown, Massachusetts, found around three-quarters of people infected there were vaccinated. As cases increase nationwide, it’s understandable to think that breakthrough cases (infections in vaccinated people) are now a main driver of the ongoing Covid-19 surge.

But the evidence is clear: The problem is the unvaccinated population. If more people got the vaccines, the current surge wouldn’t be as big; it certainly wouldn’t lead to the levels of hospitalization and death now seen across the US. This was true months ago, and remains true today.

Unvaccinated people still make up the vast majority of cases, hospitalizations, and deaths. They’ve made up more than 94 percent of reported Covid-19 cases in states with available data, a report last week from the Kaiser Family Foundation found. They’ve also made up similar, or higher, shares of hospitalizations and deaths.

Then there’s what really happened in the Provincetown outbreak. The headlines noted three-fourths of people infected by the virus were vaccinated. But among the more than 900 cases tracked as a result of the outbreak, just seven led to hospitalization — and there were zero deaths. If this was 2020, when there were no vaccines, closer to 90 people would have been hospitalized and about nine would have died, based on hospitalization and death rates over the last year.

Vox’s German Lopez is here to guide you through the Biden administration’s burst of policymaking. Sign up to receive our newsletter each Friday.

“The vaccines are upholding their promise to massively prevent serious disease, hospitalizations, and death,” Monica Gandhi, an infectious diseases doctor at the University of California San Francisco, told me. “That’s the main message I get from that outbreak.”

If every outbreak in the country today looked like the one in Provincetown, the coronavirus would be defanged. The virus would make a small number of people seriously ill, but, like the seasonal flu or a common cold, would mostly produce relatively mild symptoms or none at all.

That’s not to say that America can throw caution to the wind. For one, Massachusetts, where more than 72 percent of all people have received at least one dose of the vaccine, leads every other state but Vermont on vaccination. Some states, particularly in the South and parts of the Midwest and West, still have one-dose rates below 50, 45, or even 40 percent. So an outbreak in Provincetown looks very different from one in Jackson, Mississippi.

There are also genuine unknowns about breakthrough cases. We still don’t know just how likely a vaccinated person is to get infected and transmit the virus to someone else. Nor do we know how many vaccinated people with breakthrough infections will suffer longer-term effects (colloquially known as long Covid) that aren’t unique to the coronavirus but can be detrimental or even life-changing.

Nor is there enough research and data to draw final conclusions about the role of the delta variant, which spreads more easily and may evade the body’s immune response better than past versions of the virus. Future variants could complicate matters even further.

Still, the vaccines are very effective. The evidence continues to show the vaccines reduce the virus’s rate of spread, delta or not. Even when a vaccinated person is exposed to the coronavirus, the chances of hospitalization and death are near zero. In fact, experts said, the vast majority of breakthrough cases are likely to produce no symptoms whatsoever.

“This was a hard week,” Gandhi said. “But my conclusions are relatively unchanged.” She emphasized: “We need to get a lot more people vaccinated.”

What we know and don’t about breakthrough cases

The vaccines aren’t perfect. When the news broke last year that the Pfizer and Moderna vaccines reported more than 90 percent efficacy, that was certainly much better than the 50 percent or so efficacy rate that some experts and officials expected. But that’s not 100 percent. In fact, there’s no such thing as a perfect, 100-percent-effective vaccine for any illness.

Given that, some breakthrough cases were always expected, even before the delta variant.

Here’s what we know about breakthrough cases: They do happen, but the majority produce no symptoms and the vast majority cause no serious symptoms, hospitalizations, or deaths. According to a review of the evidence by the CDC, data from the UK, Canada, and Israel shows the Pfizer/BioNTech vaccine is more than 90 percent effective against hospitalization or death, even with the delta variant. The CDC estimated unvaccinated people are eight times as likely to get the virus and experience disease symptoms, 25 times as likely to be hospitalized, and 24 times as likely to die, compared to people who are vaccinated.

The report from the Kaiser Family Foundation found similar numbers for other states that reported Covid-19 breakthrough data for at least a month.

“The overwhelming conclusion of all this evidence is that breakthrough events are extremely rare,” Jen Kates, director of global health and HIV policy at the Kaiser Family Foundation, told me. “They’re not the driver.”

But we don’t know exactly how much the vaccines reduce the risk of spreading the coronavirus among the infected, including those without symptoms. Before the Provincetown study, experts widely believed that there was very little, perhaps even no, risk of spread by vaccinated people. Provincetown’s outbreak indicated that isn’t the case, in part due to the topline number: 74 percent of recorded cases were among fully vaccinated people. That high share suggested that there was at least some transmission among the vaccinated.

Still, it’s possible to make too much of that topline number. For one, Provincetown during the Fourth of July isn’t representative of the country in typical times. The events that likely turned into a superspreading situation were a huge, citywide party, with bars packed and lots of close contact, physical intimacy, and sex. It’s a far cry from the risk of exposure that most people face during occasional trips to the grocery store, bars and restaurants, or movie theaters.

But the more concerning finding in the Provincetown study is that, among those tested, the vaccinated people with breakthrough cases had the same level of virus in their noses as the unvaccinated people who were infected. Federal officials over the last week cited this to justify the changes in masking guidelines, arguing that it’s proof the delta variant could be potent enough that even the vaccinated are spreading it.

Second, the metric in this case was virus detected in the nose. But it’s possible viral loads would be different in, say, the lungs, since a vaccine-induced immune response could cut off the virus before it spreads far. This could reduce a vaccinated person’s capacity to infect others: If a person has less virus in her lungs, she could spread less of it when she exhales through her mouth, talks, or laughs.

Third, we don’t know if the virus detected is an actual threat. It’s possible the virus in noses of vaccinated people is severely weakened after a vaccine-induced immune response. If that’s the case, then it’s not going to spread as easily or get people as sick. “The presence of those viral particles does not necessarily mean infectious virus,” Natalie Dean, a biostatistician at Emory University, told me. But the test used in the study only tried to estimate the amount of virus, not its potency.

For now, the best guess is that vaccinated people can spread the virus — likely more so with delta than was possible before — but nowhere to the extent the unvaccinated do. But this needs more research and data to confirm, which is why many experts are pushing on federal and state officials to do a better job tracking and studying breakthrough cases.

Another way to look at the data is even more favorable to the vaccines: If everyone was vaccinated, we wouldn’t need to be so concerned about how much the virus still spreads among those who got the shot.

Imagine that, contrary to much of the current evidence, the vaccines don’t slow the rate of transmission, but that every person in the country is vaccinated.

The US would essentially be a bunch of Provincetown outbreaks. There would be infections. A few people would still get sick, typically experiencing cold- or flu-like symptoms. But, due to the vaccines, almost no one would be sent to the hospital and even fewer would die.

A clear visual from Kristen Panthagani, a science blogger and doctor-in-training, shows that, as more people get vaccinated, a higher share of people who end up in the hospital will be vaccinated, since there would just be fewer unvaccinated people to get sick at all. But even as this occurs, the number of hospitalizations would drop.

This is now likely the best-case scenario for curbing the pandemic: The coronavirus becomes endemic, and the country moves on. The threat isn’t totally vanquished, but it’s along the lines of seasonal flu — a disease we’d be better without, and one that still leads to occasional tragic outcomes, but a risk that we ultimately accept without changing much of American life.

“That is actually why we did shut down,” Gandhi said, pointing to the high rates of serious illness, hospitalizations, and deaths that Covid-19 produced in an unvaccinated world. But now, she added, the vaccines “are defanging the virus.”

In more highly vaccinated places around the world, Covid-19 spikes don’t lead to soaring hospitalization or death rates. In the United Kingdom, for example, a huge surge of cases due to the delta variant has come and gone with only small increases in hospitalizations and deaths. (And even in the UK, just 69 percent of people have gotten at least one dose, which leaves plenty of room for improvement.)

There are major caveats to this hypothetical scenario. Not everyone — particularly kids under 12 — is eligible for the vaccines yet, making 100 percent vaccination impossible right now. Even once everyone is eligible, there’s still a lot of apathy to outright resistance toward the vaccines. And there are some, especially people who are immunocompromised, who may not get full or much protection from the vaccines. Protecting these groups may require other precautions, like masking, until overall vaccination rates climb much higher and case rates drop, experts said.

There are also a lot of unknowns about the vaccines’ ability to reduce the incidence of long Covid, which could warrant continued concern about the virus even in a highly vaccinated world.

And the continued mutation of the virus, especially as it keeps spreading outside the US, could eventually lead to a variant that better evades vaccine-induced immunity, requiring further action once again.

Even with all those caveats, the hopeful hypothetical of a country that only sees Provincetown-like outbreaks provides a very clear message: Breakthrough cases are concerning, but the vaccines work, and they truly are the way out of the pandemic and back to normal.

Get Vox newsletters straight to your inbox, including the biggest news stories, explained.