Whistleblowers Like Daniel Hale are Vital Checks on Government

Daniel Hale provided his fellow citizens a service. We owe it to him—and people like him—to encourage and protect whistleblowers. 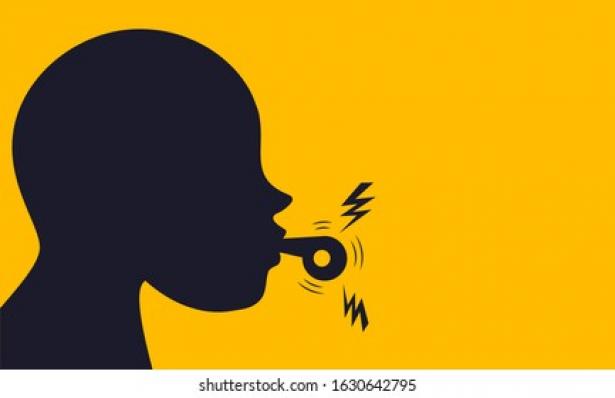 Almost four years—that’s how long Air Force veteran Daniel Hale will spend in prison thanks to a recent court decision. He pled guilty on a single charge related to disclosing classified documents related to the U.S. government’s drone assassination program.

Hale joins a long list of whistleblowers that have been charged and incarcerated under the Espionage Act. Passed in 1917 shortly after the U.S. entered WWI, the act prohibited any activity that could “injure” the United States.

While one could understand penalizing the distribution of things like troop movements, the Espionage Act has become a favorite weapon against whistleblowers in the intelligence community. Whistleblowing—when an insider reveals wrongdoings in an organization—is a vital check on government.

In an ideal world, government serves the best interests of the citizenry. Checks and balances exist to hold elected officials and public employees accountable. Congress can cut an agency’s budget if it fails to do its job, citizens can vote an unscrupulous politician out of office, etc.

This is particularly the case in the national security state, where officials can declare information classified or otherwise maintain a monopoly over information. This intensifies the problem of asymmetric information and makes it difficult—if not impossible—for citizens and other oversight bodies to check the behavior of government officials.

Daniel Hale and the U.S. drone assassination program illustrates these concepts well. Public officials portrayed drone strikes as “surgical” in their accuracy, claiming that the program had all but eliminated collateral damage in the form of civilian deaths. Since security state officials were the only ones with access to the true data, those meant to act as the checks and balances were unable to assess the veracity of these claims.

That is until Hale’s disclosures were published. “The Drone Papers,” exposed the reality of the drone program. Contrary to claims of “surgical precision,” during one five-month period in Afghanistan, nearly 90 percent of those killed in strikes were not the intended targets. Hale also exposed that any military-aged male in a strike zone was deemed an “enemy” unless it could be proven otherwise.

He also exposed the “kill chain,” the process by which officials selected targets for drone assassination. Relying on signals intelligence, metadata, and government watchlists, information on prospective targets was condensed into a “baseball card.” Officials, serving as judge, jury, and executioner, decided who would be killed with minimal oversight.

Hale’s revelations illustrated other abuses as well. In one unclassified document, he showed that the government’s “No Fly List,” was not based on credible security threats, but instead on arbitrary and illogical “criteria.” Numerous Americans, particularly Muslim Americans, had their freedom of movement restricted without any sort of process. Hale’s revelations allowed many of the individuals on the No Fly List to mount effective legal challenges.

Many are quick to argue that people like Daniel Hale should have used the “proper” channels to express their concerns. But this is easier said than done. Many of the laws designed to protect whistleblowers do not apply to the security state. Those that do, like the Presidential Policy Directive 19, signed by President Obama in 2012, apply to intelligence community employees—but not contractors. Daniel Hale and other whistleblowers, like Edward Snowden, were both contractors and, therefore, would not have been protected under current law. But there are other problems. Though not accessible to the public, the Office of the Inspector General of the Intelligence Community analyzed 190 cases of alleged retaliation against whistleblowers at six different intelligence agencies. In just a single case did agencies “internal reviewers” find in favor of the whistleblower.

Whistleblowers perform a vital service. As insiders with an understanding of day-to-day intelligence operations, they can determine what is appropriate and what is abuse better than your average citizen. They can release important information that may otherwise be kept secret for the personal gain of government officials.

It’s time to get serious about protecting whistleblowers. Amending the Espionage Act to allow for better legal defenses is a start. Expanding protections to intelligence contractors and true external review of retaliation claims is another.

Daniel Hale provided his fellow citizens a service. We owe it to him—and people like him—to encourage and protect whistleblowers.

Abigail R Hall is an Associate Professor of Economics at Bellarmine University in Louisville, Kentucky. She is the coauthor of “Manufacturing Militarism: U.S. Government Propaganda in the War on Terror.”  Nathan P. Goodman is a recent PhD graduate from George Mason University and will soon become a Postdoctoral Fellow in the Department of Economics at New York University.