What counts as internationalism in the 21st century: the debate continues... and news and analyses from all over 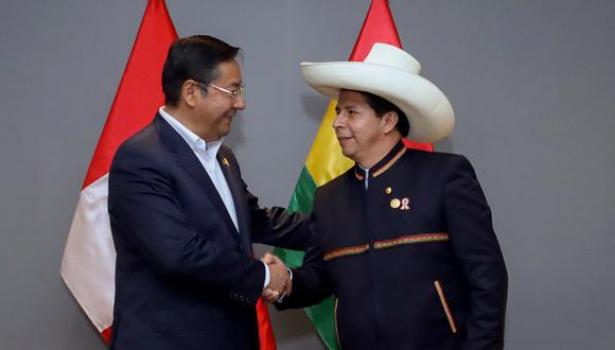 Let us take action for the elimination of nuclear weapons to ensure the survival of the human race and our future. We must establish a world where all countries cooperate with one another on an equal footing and for peace as set out in the UN Charter.

What Would Rosa Do?  Michael Löwy / New Politics (New York)

Solidarity conferences have been replaced by aid conferences called by “donors”. What we need is a Pan-African conference organised by movements and individuals committed to human development.

It could be a death knell to a coalition including Brazil, Canada, Chile, Colombia and Perú (along with several other smaller Latin American nations). Perú’s newly appointed Foreign Minister called the Lima Group the “most disastrous thing we have done in international politics in the history of Perú.”

The people of Myanmar are on their own with their military jailers and face a simple choice: roll over or fight back. As a countrywide campaign of bombings, targeted killings and armed clashes launched by local “People’s Defense Forces” indicates, many of the country’s youth made that choice some time ago.

Analysts from the political Left in Germany, Sweden, and Denmark present three examinations of the developments in far-right populism, three analyses of the strategies and tactics deployed by the Left to counter far-right influence, and three visions for building a stronger Left.

There are plenty of reasons to be angry with Macron and with capitalism. But left organizations here have a responsibility, too, and have been making dangerous concessions to vaccine skepticism which will help the far-right to build up more of a following.

As the FMLN underwent a complex transition from clandestine guerilla army to political party, the Salvadoran elite followed US directives to implement far-reaching neoliberal reforms. Factions of Salvadoran capital swung behind Nayib Bukele, along with shadowy military and narcotrafficking interests.