Colectivo Is Now the Largest Unionized Coffee Chain in the U.S.—And More Could Follow

After months of waiting, the NLRB finally ruled that Colectivo workers have won their union. 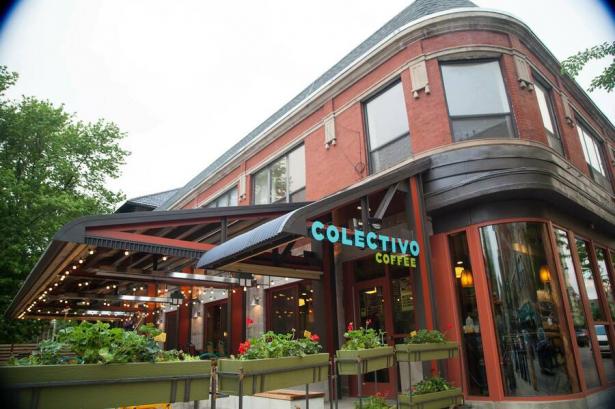 For workers organizing a union at Colectivo Coffee Roasters, the last five months have been a grueling exercise in waiting.

“I’m sitting here twiddling my thumbs, I’m so nervous,” Lauretta Archibald, a former Colectivo baker and union activist, texted me in early April. That day, she and other union supporters had expected to learn the results of a union election a year in the making. They would wait much longer. Although a majority of ballots were counted on April 6, the result was a tie (99-to-99) with seven contested ballots remaining unopened.

On Monday, the National Labor Relations Board (NLRB) counted the remaining ballots and, by a margin of seven votes, the workers won union representation with the International Brotherhood of Electrical Workers (IBEW) Local 494. The result will make Colectivo the largest unionized coffee chain in the country.

Like many restaurants and cafes, Colectivo, which operates shops in Illinois and Wisconsin, oversaw widespread furloughs and layoffs amid the pandemic. Workers allege that the chain also failed to adequately address a Covid-19 outbreak last year, and say that they are subject to unpredictable scheduling. During the union drive, the company contracted Labor Relations Institute (LRI), a prominent union busting consulting firm, to hold mandatory ​“captive audience” meetings and spread anti-union messaging throughout the workforce.

Similar to the rest of the food service industry, in which only 1.2 percent of workers are represented by a union, the coffee industry is largely unorganized. And although cafe workers have expressed interest in unions and launched numerous campaigns to unionize, successes are scarce, and hard-won. Rather than negotiate with a union, cafe owners may choose to close up shop entirely — in Providence, R.I., and Redlands, Calif., baristas and roasters converted their cafes into worker co-ops after management, facing attempts at organizing, shut down business.

That makes the victory at Colectivo all the more unusual. An IBEW representative says that around 400 workers will be represented by the union.

Even when owners choose to keep their doors open, they often deploy a range of anti-union strategies — legal and illegal — to discourage unionization attempts. According to a 2019 Economic Policy Institute study, in over 40 percent of union campaigns across industries in the United States, employers are charged with violating workers’ legal rights. In 90 percent of union campaigns, employers hold anti-union meetings and rallies intended to dissuade workers from unionizing.

To address this issue, Democrats in Congress have introduced the Protecting the Right to Organize (PRO) Act, which is intended to mitigate some of these anti-union tactics. Among other provisions, the PRO Act would ban captive audience meetings and levy stricter penalties against employers who retaliate against workers during union campaigns. The bill has stalled in the Senate, facing resistance from the GOP and some moderate Democrats, though congressional leaders have incorporated similar penalties for labor violations into their budget resolution, pending approval by the Senate parliamentarian.

At Colectivo, the owners waged a prolonged battle over the validity of the seven tie-breaking ballots, effectively extending the anti-union campaign for months after the election.

“This is yet another union busting tactic — delay delay delay. And just like all the other tactics they’ve thrown at us we will make it out the other side of this one too,” the union wrote in a May 24 post on Instagram.

Even in defeat, the cafe owners maintained their position against the union, writing in a Facebook post that “[w]e are disappointed by this result because a majority of our coworkers did not vote in favor of unionization and because the NLRB counted votes of several individuals who announced their resignations prior to the close of the election.”

For the nearly six months between the election and the final tally of ballots, the Colectivo workers’ union continued to organize internally, hosting social events, workshops on mental health, and participating in a panel on organizing in the coffee industry. Now that they’ve won, they will proceed to negotiate their first contract with the company, which, despite protestations over the vote, has stated that it will ​“respect the rules and bargain in good faith.”

In its statement, the union acknowledged the historic nature of the election and added that they hoped to hold onto the position of largest union coffee chain ​“for only a short period of time.” Already working to claim that title is a newly-public coalition of Starbucks workers in Buffalo, New York who have declared their plan to unionize, announcing their campaign via a press release with the names of almost 50 organizing committee members attached.

In a statement from IBEW Local 494, the Colectivo union took an optimistic view of future organizing in the industry, writing: ​“We hope that the courage and hard work that Colectivo Coffee workers put into this victory inspires others in the hospitality/​service industry to organize a union at their workplace.”

Alice Herman is a 2020 – 2021 Leonard C. Goodman Institute for Investigative Reporting Fellow with In These Times.