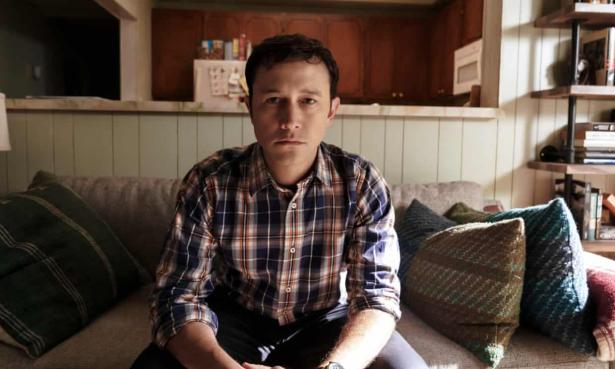 Mr Corman (Apple TV+) is one of those comedies that is not really a comedy, unless you find unceasing malaise to be of the utmost hilarity. It is the definition of a slow-burn; the first two episodes are available now, with the rest following weekly, but this early outing offers only hints of what is to come. Based on the opening episodes, Mr Corman barely stands out from the other not-so-funny comedies with an indie film sensibility. But stick with it, and it unfurls into something far more curious and absorbing.

Joseph Gordon-Levitt created the show and stars as the titular Mr Josh Corman, a schoolteacher experiencing a deep-rooted sense of dismay at his lot in life. (Gordon-Levitt also wrote and directed the first episode, which gives him an impressive four credits at the end.) Josh is wondering where the time has gone, and trying to persuade himself that he is happy as a teacher, but he is unable to find a spark in anything he does. He mopes around, and worries, and hammers at his synth from his former life in a band. Inside his head seems like a troublesome place to be.

If this sounds familiar, well, it isn’t uncommon to have a drifting, thirtysomething protagonist who feels as if he should have done more, or done it differently. Josh is neurotic and prone to anxiety. To lift his mood, his flatmate Victor (Arturo Castro, so good that later in the series, he gets his own episode, cleverly repositioning the title as “Mr Morales”) suggests that sex might work. So Josh goes to a bar with an old friend, who is “staying relentless” in the pursuit of his creative dreams, if you can call them that. “I got verified a couple of months ago so I must be doing something right,” he says, at which point you start to understand Josh’s despair.

At the bar, he meets a woman and goes back to her place. What follows starts out as a classically awful attempt at a one-night stand, which then descends into a surreal exchange of cutting insults, delivered with theatrical flourish. He can’t maintain an erection. She is upset, then kind, then defensive again, and they circle each other as if characters in a play, first attacking the state of each other’s breath, then the state of their lives and their ambitions. Then, Josh flies out of a window, right into an animated collage of the moon, which turns into an egg being fertilised, which cuts to an egg frying in a pan.

In the second episode, Josh has a prolonged panic attack, which he attempts to dull by being around other people. His phone, a stand-in for human contact, takes him from apocalyptic news to celebrity fluff, to Bumble, to Instagram, where eventually, inevitably, he lands on pictures of his ex Megan (Juno Temple). The sound design here, as elsewhere, is sharp, menacing and constant, ramping up the tension nicely. When Josh has a minor car crash, there is no sound of metal but an ambient noise in his head, coupled with disorientating solar flares from the daylight around him. The frequent arty interludes make it clear that Mr Corman wants to be different to all the other indie comedies out there. But I must confess that during one tense phonecall scene, I accidentally pressed pause, and thought the absolute stillness was a clever way of conveying Josh’s inability to deal with his emotions. It turned out to be just a slip of the spacebar.

These first two episodes have a meandering aimlessness, which make them a hard sell. After all, film-makers have discovered, again and again, that it is tremendously difficult and rare to make gripping drama out of existential angst. Whether audiences will have the energy to keep going with it depends on whether its promising moments cut through the steady drip of sadness. If they do, they will find much to reward them. By the end of the series, the pandemic has crept in, and rather than ignore it, Gordon-Levitt makes it a focus; Zoom dates lend themselves well to a story that feeds on awkwardness.

Mr Corman, then, is a show that resists immediacy, but rewards patience. These opening episodes don’t do it justice. But stick with it, and you will find a promising, prickly newcomer.