Occupy Wall Street at 10: What It Taught Us, and Why It Mattered

It basically started the wave of activism that revived the left—and taught people to get serious about power. 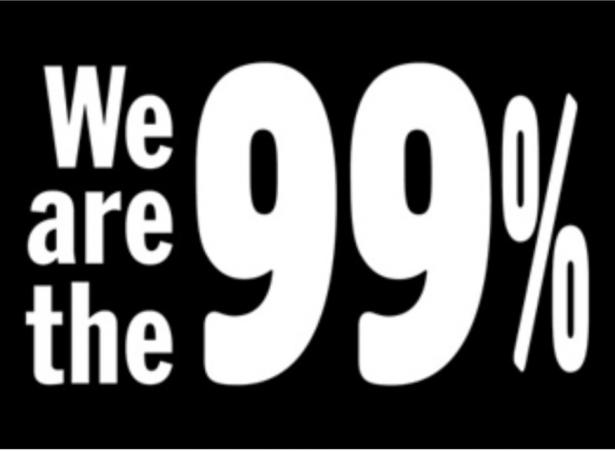 Ten years ago today, on September 17, 2011, a small band of anarchists, artists, and anti-poverty organizers convened themselves in Zuccotti Park in downtown Manhattan, steps from the New York Stock Exchange. They were there to challenge the power of Wall Street and also to try something new in the annals of modern American protest movements: to be a democratic assembly of all who wanted to participate in deciding how and what they would do next. On their first night together that Saturday, perhaps 100 or 200 at best camped out under the park’s 55 honey locust trees.

At first, they were tolerated by the police, since they had stumbled by good fortune into a safe harbor—a privately owned public park that legally allowed people to remain there 24 hours a day. And they were ignored, or derided, by the media, which had seen many Wall Street protests come and go. Over the next few days, their numbers grew modestly while they established working groups for everything from food and health care to a people’s library and scrambled to spread their own messages through the internet. Five days after the Zuccotti occupation began, a nearby protest against the execution of Troy Davis, a Black man in Georgia, brought hundreds of new and somewhat more diverse faces down to the plaza. But it wasn’t until the next Saturday, when the police attacked a column of marchers and one white-shirted deputy was caught on video viciously pepper-spraying a group of women who were already detained, that support for Occupy in New York started to surge.

That same day, September 24, Occupy Chicago set up shop across from the Chicago Board of Trade. A week later, there were Occupy encampments in Albuquerque, Boston, Buffalo, Columbus, Los Angeles, Omaha, Philadelphia, San Francisco, St. Louis, Tucson, Washington, D.C., and Tampa, along with more than 100 Facebook pages for other localities. On October 1 in New York City, more than 700 Occupiers were arrested as they tried to march across the iconic Brooklyn Bridge. That event tipped some of the city’s more progressive labor unions into the Occupy camp; four days later, 15,000 people, including thousands of union workers, marched with them to show solidarity. Buoyed by a surge of sympathetic media coverage, the movement now went global.

By the end of 2011, according to a tally I built with the help of a technology whiz named Shane Castlien, there were more than 800 discrete Occupy groups on Facebook, mostly in the United States. They had collectively garnered more than three million “likes.” A few, like Occupy Wall St. and Occupy Together, had massive followings, in the hundreds of thousands. Others, like Occupy Martinsburg, West Virginia, or Occupy Columbus, Georgia, had just a few hundred. Everywhere they sprouted, they were energizing local fights about economic inequality, housing, health care, and financial corruption.

Why did Occupy spread so far and wide? Unemployment in the U.S. was hovering around 9 percent that summer, a tad better than at the peak of the Great Recession, but the recovery was painfully slow. The labor-led occupation of the Wisconsin state legislature the previous winter was a domestic harbinger. So were the youth-led, internet-powered protests against economic inequality and political oligarchy that had spread earlier that year across Tunisia, Egypt, England, Chile, Israel, Greece, and Spain.

But in the wake of the recession, other progressive organizations and would-be leaders in the U.S. had tried to convert private pain into public action with little success. On Tax Day 2010, a group of activists launched “The Other 98%” with a pitch-perfect web page, a viral video of a flash mob taking over a Target store, and lots of “likes” and “shares.” They had no visible impact. (And they were only off by 1 percent from Occupy’s signature slogan, “We are the 99%”!) Neither did US Uncut, which, in early 2011, tried to rally people to hold sit-ins in front of tax-avoiding corporations, a tactic that had buoyed the much more popular UK Uncut movement. It was heavily touted by The Nation magazine, which likened it to a “progressive Tea Party” and published a 10-step guide on how to get a local Uncut group going. It, too, fizzled. And Rebuild the Dream, a putative movement-slash-vehicle for a new book of the same name by celebrity activist Van Jones, which was heavily backed by organized labor and groups like MoveOn, along with a blue-chip list of progressive notables, also went nowhere interesting after its launch that summer.

Why did Occupy succeed in capturing public attention? Because it wasn’t slick.

So why did Occupy succeed in capturing public attention? Because it wasn’t slick. Other than an initial push from Adbusters magazine, which offered September 17 as the start date and created an iconic poster for the movement of a ballerina atop the Wall Street bull, it wasn’t organized by professional activists. To be sure, people with experience in movements like the Indignados of Spain, along with anarchist academics like David Graeber and documentarians like Marisa Holmes, brought what they had gleaned from those efforts to the planning that led to Zuccotti. But Occupy took off because it was authentically filled with desperate, hopeful ordinary people, many of them students burdened by extraordinary college debt. After mainstream journalists got over their initial skepticism, many were impressed by the Occupiers’ authenticity and shared that in their coverage.

The movement’s commitment to radical participatory democracy also meant that anyone could start an Occupy; unlike the nonprofit advocacy industrial complex, the barrier to entry to Occupy was low. At the same time, the choice to occupy and hold space demanded a lot of activists and gave many of them meaningful roles to play. Willie Osterweil, one of the people involved in the summer-long planning that led to Zuccotti, said on a movement email thread, “We don’t want observers, we want participants. We don’t want to convince someone in an elevator ride to sign a paper or donate money, we want people to express themselves and experience and fight for freedom. We don’t want a media headline, we want our own media. We don’t want supporters, we want comrades.” Many Occupiers talk about their time in an encampment the way veterans talk about their time in the military, as one of the most exhilarating rides of their life. It was also a rare moment when people across the globe felt viscerally that they were connected in a larger way, not just by sharing a hashtag but also through the pizzas that students from Egypt’s Tahrir Square sent to their brothers and sisters in Manhattan and beyond.

Because of its participatory model, Occupy turned many sympathizers into community organizers, while never anointing anyone as its leader. Mainstream commentators were flummoxed by this, insisting that the movement couldn’t have a coherent message if it didn’t have a few leaders at the top who spoke for and directed the group. But Occupy’s broad message obviously broke through. It changed the national conversation, putting inequality on the agenda in a powerful way and paving the way for the message of economic populists like Senators Bernie Sanders and Elizabeth Warren. Groups like the Working Families Party, Justice Democrats, the Sunrise Movement, and IfNotNow all include Occupy veterans among their founders or lead organizers.

The tangible impact of Occupy is much greater. Occupy the SEC, a working group that included many employees or ex-employees of big finance, produced a meticulously detailed formal comment on the Volcker Rule that was widely praised, and continued to watchdog the finance sector for years to follow. When Hurricane Sandy hit New York in 2012, veterans of Zuccotti coalesced into Occupy Sandy, coordinating the relief efforts of thousands of volunteers in a manner that put the Red Cross to shame. Occupy Homes led anti-foreclosure fights in a number of major cities. Local Occupies also planted seeds that continue to bear fruit, like Occupy Baltimore, which fostered a multiracial coalition that blocked the construction of a new jail for youth charged as adults; and Athens for Everyone, which has transformed Democratic politics in Athens, Georgia; and the Corvallis Solidarity Fair, an annual festival that brings together labor, environmental, and social justice groups in that Oregon town.

What’s hardest to track is how being an Occupier shaped a generation of young organizers, both by giving them a taste of utopic community showing that a world beyond capitalism might be possible and by teaching them, through a negative example, about patterns of leftist thought and behavior that they now are trying to get past. Thus, for Jonathan Smucker, an Occupy Wall Street organizer who has spent the last five years back in his hometown of Lancaster, Pennsylvania, helping to build a broad-based community coalition that is conventionally organized and focused on electoral politics, Occupy wasn’t just a success in putting class back on the American agenda. It was also “a high-momentum mess that ultimately proved incapable of mobilizing beyond a low plateau of usual suspects.” As he wrote in his book Hegemony How-To, “We were not merely lacking in our ability to lead the promising social justice alignment that our audacious occupation kicked off; many of the loudest voices were openly hostile toward the very existence of leadership, along with organization, resources, engagement with the mainstream media, forging broad alliances, and many other necessary operations that reek of the scent of political power.” Because Occupy’s general assemblies were so time-consuming and so easily hijacked, much of the real work and decision-making went elsewhere, “into underground centers of informal power,” he writes.

Alicia Garza, who, along with Patrice Cullors and Opal Tometi, launched the Black Lives Matter Global Network in 2013, has often said that the difference between Occupy and BLM is that while both were decentralized by design, BLM was never formally leaderless. People like her could speak for the movement. In her book The Purpose of Power, she concedes that traditional Black leadership has “historically skewed male, heterosexual, and charismatic.” But in her view, Occupy’s commitment to being leaderless “didn’t mean there weren’t any.” She adds, “Leadership was largely male, largely heterosexual, largely white, and largely educated at elite universities. If we perpetuate the same dynamics that we aim to disrupt in our movements for change, we are not interrupting power, and we are not creating change—we are merely rebranding the same set of practices and the same dysfunctions.”

And so, as much as the times today seem to cry out for a renewal of Occupy-style uprisings, I doubt any progressive organizer who lived through that time wants to revive the style or culture of Occupy. A joke told by Occupy organizer Jason Ahmadi, as recounted by Nathan Schneider in his memoir, Thank You, Anarchy: Notes From the Occupy Apocalypse, goes, “How many politicians does it take to change a lightbulb? Ha! Politicians don’t change anything.” That spirit, which many Occupiers shared, and which made the movement so authentic, haunts everyone who wants to build progressive change in America. Many people are indeed that cynical about politics, but cynicism is an ally of the status quo. Change is only made by people who believe that change is possible. And to make change, people have to organize to gain power. So while Occupy gave a big portion of today’s left a taste of liberated space, I believe it more usefully taught them to get serious about winning and using power. The 2020s will test that proposition like never before.

Micah L. Sifry is the author of The Big Disconnect: Why the Internet Hasn’t Transformed Politics (Yet). He writes a regular newsletter, The Connector, about politics, technology, and social movements. @Mlsif