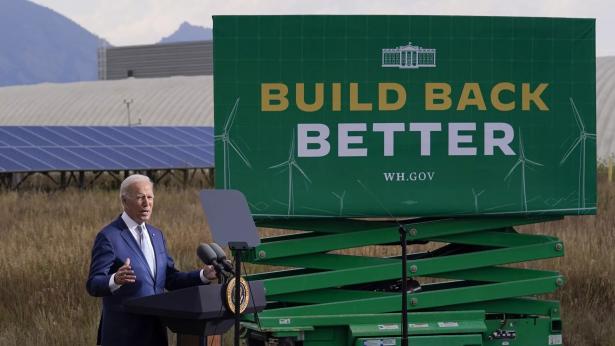 With the economy currently falling 6.5-9.0 million jobs short, these two pieces of legislation being considered in Congress would support widespread employment and provide a valuable backstop against the risk that the economic recovery weakens after 2022 as the effect of the American Rescue Plan (ARP) fades. This report highlights just how strong a fiscal backstop the plans will provide, and how they would sustain high-pressure labor markets critical to broadly raising wages.

“Together, the budget reconciliation package and Infrastructure Investment and Jobs Act would provide much needed support to a still-recovering job market, enhance equity and long-term economic performance, and take serious steps to address the climate crisis we can already see unfolding,” said Adam S. Hersh, EPI visiting economist and author of the report. “Congress should waste no time passing these two pieces of legislation to rebuild the American economy stronger and better than before.”

The budget reconciliation package under consideration would support a far greater number of jobs than the IIJA because of its more significant financial commitment to public investments. The budget reconciliation bill would support more than 3.2 million jobs per year—or 81% of the total jobs supported by the combined package—while the IIJA would support 772,400 jobs per year. Further compromises to the scope of this legislation will only mean a weaker U.S. economy now and in the future.

In particular, the budget reconciliation package would vastly expand caregiving jobs to address unmet needs in child and elder care, supporting 1.1 million jobs per year. Such investments in universal pre-K, child care, and long-term care would not only disproportionately provide jobs for women—and particularly for women of color—but would also enable millions to participate more fully and more productively in the workforce, earning higher compensation.

Further, the climate-related and other environmental provisions in both pieces of legislation would support more than 763,000 jobs annually. This includes jobs supported by investments in electric vehicle infrastructure and federal procurement of clean technologies, public transit, power infrastructure, climate resilience, agriculture and forestry innovations, environmental remediation, scientific research and development, among other measures.

These 4 million jobs would be supported through direct spending and increased indirect demand in related industries. The analysis does not account for dynamic effects of the planned investments, though these policies are also certain to raise business and worker productivity, and to create faster and more equitably distributed long-run economic growth and increased tax revenues.