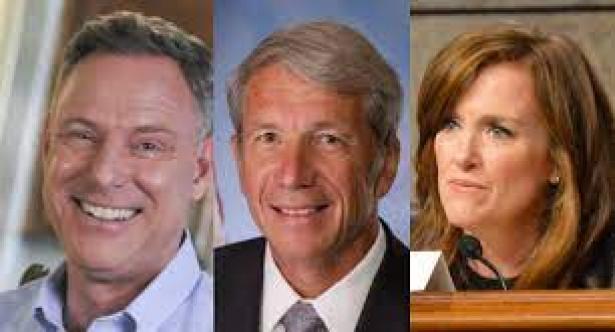 The three conservative Democratic lawmakers threatening to kill their party’s drug pricing legislation have raked in roughly $1.6 million of campaign cash from donors in the pharmaceutical and health products industries. One of the lawmakers is the House’s single largest recipient of pharmaceutical industry campaign cash this election cycle, and another lawmaker’s immediate past chief of staff is now lobbying for drugmakers.

At issue is House Democrats’ initiative to let Medicare use its bulk purchasing power to negotiate lower prescription drug prices. That power — which is used by other industrialized countries to protect their citizens from exorbitant prices — has been promised by Democrats for years, and party leaders have been planning to include it as part of their sprawling $3.5 trillion infrastructure reconciliation effort.

On Wednesday, Schrader, Peters and Rice helped vote the measure down in the powerful Energy and Commerce Committee, blocking the legislation before it could come to the House floor for a vote. Even if the bill were to ultimately make it to the floor through another committee — which remains a possibility — Democrats only have a four-seat majority that allows them to pass legislation, so they can’t afford to lose any more votes.

“I understand that the pharmaceutical industry owns the Republican Party and that no Republican voted for this bill, but there is no excuse for every Democrat not supporting it,” said Vermont Sen. Bernie Sanders after the vote.

The trio of Big Pharma Democrats are jeopardizing a plan based on H.R. 3, the Elijah E. Cummings Lower Drug Costs Now Act. The Congressional Budget Office has said the drug pricing legislation, named for the late Rep. Elijah Cummings of Maryland, would save the government $456 billion and “reduce prices by 57 percent to 75 percent, relative to current prices” for various medicines.

The measure would direct federal health regulators to negotiate prices of 25 high-priced drugs in the first year of implementation and 50 drugs in subsequent years, and the new negotiated prices would be available to both Medicare and private insurers.

Polls show that the idea of allowing Medicare to negotiate drug prices is wildly popular — to the point where swing-state and swing-district Democrats, and even former President Donald Trump, have expressed support for it.

Money Went In, Favors Are Coming Out

Peters and his family were worth an estimated $60 million in 2018, making him one of the wealthiest lawmakers in Congress, according to OpenSecrets. His wife is the president and CEO of Cameron Holdings, an investment firm whose portfolio company provides manufacturing and packaging for pharmaceutical companies.

Schrader’s net worth, meanwhile, was pegged at nearly $8 million. The Oregonian reported in 2008 that he received “a quite large inheritance” from his grandfather who was “vice president and director of biochemical research and development at Pfizer” — the drugmaker whose political action committee is now Schrader’s third largest career donor.

The congressmen on Tuesday offered their own drug pricing proposal, which would only allow Medicare to negotiate prices under limited conditions, such as when a company no longer has exclusive marketing rights on an older drug but there are no competitors. That proposal was also backed by Democratic Rep. Stephanie Murphy (Fla.), the co-chair of the conservative Blue Dog Coalition, who is the House's fifth largest recipient of donations from the pharmaceutical and health products industries.

Earlier this year, Peters’ campaign saw a surge in donations from pharmaceutical company executives after he organized a letter with nine other Democratic lawmakers informing House Speaker Nancy Pelosi, D-Calif., that they opposed H.R. 3. Schrader and Rice co-signed the letter.

It’s worth noting that Peters, Schrader, and Rice all voted in favor of H.R. 3 in the previous Congress. Politico wrote in May that Peters “said he cast that vote knowing it had no chance of becoming law at the time. He said he supported it only to ‘start a conversation about lowering the cost of prescription drugs.’”

Rice, Schrader and Peters have seats on the House Energy and Commerce Committee, which is writing the party’s prescription drug plan, and they used those positions to help block the measure there on Wednesday, preventing it from moving to the floor.

On Tuesday, Rice explained that she opposes the drug pricing measure because “I do not support advancing policies that are not fiscally responsible and jeopardize the bill’s final passage.”

Gage has been lobbying Congress on drug pricing issues and H.R. 3, according to ethics records. PhRMA raised more than $500 million in 2019, and the organization is one of the top lobbying spenders in D.C.

On Wednesday, PhRMA announced it’s launching an ad campaign against House Democrats’ drug pricing efforts. “Politicians say they want to negotiate medicine prices in Medicare,” one ad warns. “But make no mistake: What politicians mean is they'll decide which medicines you can and can't get.”

Hawn is also a partner at the bipartisan public affairs firm ROKK Solutions, which has worked for PhRMA.