How close did the United States come to a presidential coup d’état on January 6, 2021? This is among the questions Bob Woodward and Robert Costa ask in their new book. It's a question the nation needs to ponder, as well. 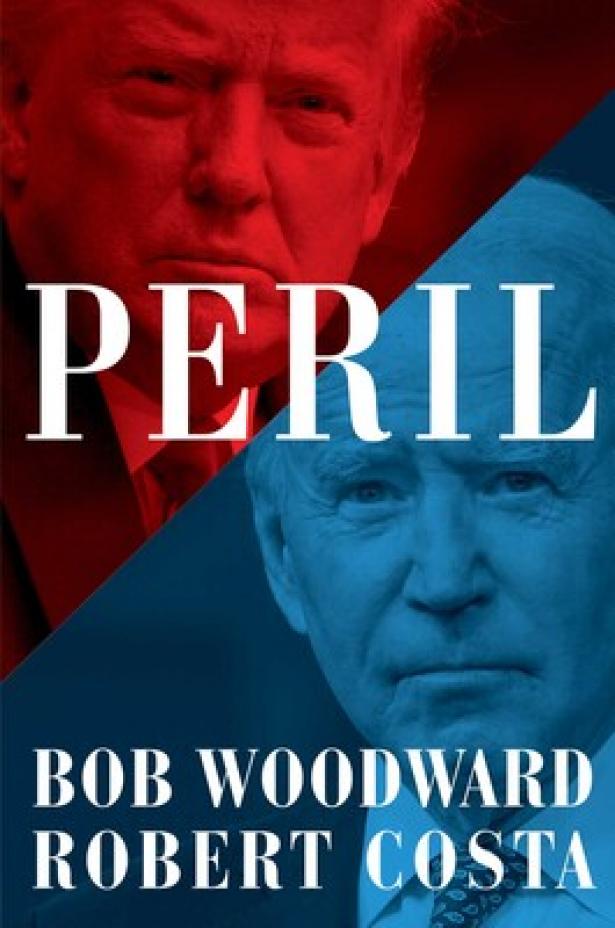 Bob Woodward and Robert Costa detail many of the reasons why everyone should worry about the future of the United States. Fearful that the outgoing president might launch a war to divert the public from the presidential election, the Chairman of the Joint Chiefs of Staff, Mark Milley, in late 2020 and early 2021 phoned his Chinese counterpart to assure him that the United States was “stable.” He instructed the Pentagon’s top brass that no branch of the armed forces should fire a nuclear or other weapon without his express go-ahead. Speaker of the House Nancy Pelosi grilled Milley in private on how he could prevent the president from pushing the buttons to order the launch of nuclear weapons. Milley assured Pelosi that structures were in place to stop any such action that was not legal, ethical, or necessary.

Pelosi, rightly so, was not relieved by Milley’s assurances. The president is commander-in-chief of the armed forces. He has the legal right to launch military actions. Some lawyers could surely defend whatever he did as legal, ethical, and necessary. Woodward and Costa give us many details of the Milley-Pelosi exchanges but leave the question unanswered: What is to stop any president from triggering a nuclear Armageddon? A similar question confronts the governments of every nuclear-armed country, each equipped with early warning systems even less dependable than the Pentagon’s.

A second reason this book should worry US citizens (and democrats everywhere) is its depiction of the vulnerability of America’s vaunted tripartite division of powers to a presidential coup d’état. In 2021 Milley wondered whether the January 6 attacks on the Capitol had been a dress rehearsal for a more successful revolution—as Russia’s 1905 Revolution was to the October 1917 Bolshevik takeover.

Apart from these major issues, Woodward and Costa give us interesting and significant information on the individuals who have shaped US politics—Joe Biden in his early years in Washington as well as in 2020–2021; Biden’s father, his wife, his children—including how they all sought to constrain son Hunter; Biden’s friends and advisers as they helped him weigh the pros and cons of an election campaign.

We also learn a great deal about those who hovered close to Donald Trump—his children and his third wife; Steve Bannon; Bill Barr; and the sycophants at Fox News. We learn not only what they said and did but the idiosyncrasies that help explain their actions.

This very comprehensive book includes Biden’s discussions with Mitch McConnell and others on his infrastructure and other costly proposals. It summarizes the second impeachment trial for Trump. The former president watched the proceedings, in February 2021, from his home in Florida, criticizing his own defense lawyer Bruce Castor for wearing an oversized suit and being too long-winded. Woodward and Costa quote Mitch McConnell’s speech after Trump’s acquittal. The top Republican in the Senate voted to acquit but called January 6 an act of terrorism fueled by people “fed wild falsehoods by the most powerful man on earth. . . .”

The book could end with McConnell’s dilemma: oppose a politician he did not like or do whatever seems necessary to save the Republican Party. But Woodward and Costa go on to analyze the putative Democratic senator, Joe Manchin, who could sabotage Biden’s plans to revive the nation. His resistance to Biden’s big spending programs was because, he said, “I represent West Virginia.”

Woodward and Costa consider America’s horizon in 2021 and conclude: “Whether the county was witnessing the end of Trump or the beginning of the next phase of Trump would only be known in retrospect.” To evaluate those alternatives, this book must be on the reading list of the concerned citizen. We are fortunate that, despite the diet of distorted alternative facts fed to many Americans, hard-driving journalist-historians like Woodward and Costa can investigate and publish such a well-founded version of recent and current events.

Walter Clemens is Professor Emeritus of Political Science, Boston University. His most recent book is The Republican Virus in the Body Politic: How to Reboot America.