The "Normal People" author was inaccurately accused of boycotting the Hebrew language. 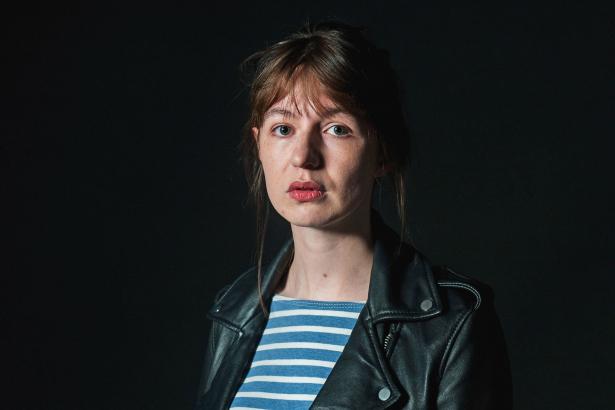 Sally Rooney attends a photocall during the Edinburgh International Book Festival on August 22, 2017 in Edinburgh, Scotland., Photo by Simone Padovani/Awakening/GettyImages

Best-selling Irish author Sally Rooney, who wrote the novel behind Hulu’s 2020 hit series Normal People, has announced that she will not work with Israel-based publishers for the translation of her latest novel, Beautiful World, Where Are You.

In response to the news, some critics took aim at Rooney, incorrectly claiming that the author was blocking her book from being translated into Hebrew at all. Modan, the Israel-based publisher of Rooney’s previous two novels, told The Washington Post that Rooney did not specify that her translation refusal was part of a boycott. Rooney clarified in a statement that she would be “very pleased and proud” to sell the Hebrew translation rights (which are still available) to a publisher “compliant with the BDS movement’s institutional boycott guidelines.”

BDS, or Boycott, Divest, Sanctions, calls for global supporters of Palestinian rights to refuse to financially support institutions based in Israel or connected to the Israeli government. Rooney, who publicly identifies as a Marxist, previously spoke out against Israeli occupation in the spring, signing onto “A Letter Against Apartheid” alongside several other public figures.

“I was very proud to have my previous two novels translated into Hebrew…. Likewise, it would be an honor for me to have my latest novel translated into Hebrew and available to Hebrew-language readers,” Rooney shared in the new statement publicized by her agent. “But for the moment, I have chosen not to sell these translation rights to an Israeli-based publishing house.”

“Israel’s system of racial domination and segregation against Palestinians meets the definition of apartheid under international law,” Rooney’s statement continued. “The [BDS] movement is a Palestinian-led, anti-racist, and nonviolent grassroots campaign calling for an economic and cultural boycott of complicit Israeli companies and institutions in response to the apartheid system and other grave human rights violations…. I am responding to the call from Palestinian civil society, including all major Palestinian trade unions and writers’ unions.”

Leaders of the BDS movement applauded Rooney for the boycott. “Rooney joins countless international authors in supporting the institutional cultural boycott of Israel’s complicit publishing sector, just as progressive artists once supported the boycott of apartheid South Africa,” said the Palestinian Campaign for the Academic & Cultural Boycott of Israel in a statement. “We note with pride the historic solidarity expressed by Irish cultural figures with the Palestinan struggle for freedom, justice, and equality.” Ireland has a particularly vibrant solidarity campaign with Palestine; earlier this year, it became the first country in the European Union to decree Israel’s occupation of Palestinian territories as “de facto annexation.”

Rooney’s statement was met with support from those active in Palestinian solidarity work globally, such as the organization Jewish Voice for Peace, that tweeted in support, “Cultural production is not separate from the political systems of apartheid and it is therefore a worthy target of boycott.”

The progressive Jewish solidarity group If Not Now demanded a retraction from outlets that previously published the news of Rooney’s refusal and accused her of antisemitism. “There is no excuse for yesterday’s relentless smear campaign that deliberately twisted the facts in order to make it seem as if Sally Rooney’s legitimate political decision not to work with an Israeli publishing house was an antisemitic refusal to translate her novel into Hebrew,” If Not Now posted on Twitter.

As noted by The Guardian, Rooney is not the first acclaimed author to refuse the publication of her works in Israel. In 2012, for example, Alice Walker refused to have her acclaimed 1982 novel The Color Purple published in Israel.