A Maryland couple allegedly used the sticky sandwiches and chewing gum to deliver intel about nuclear subs to a foreign government. 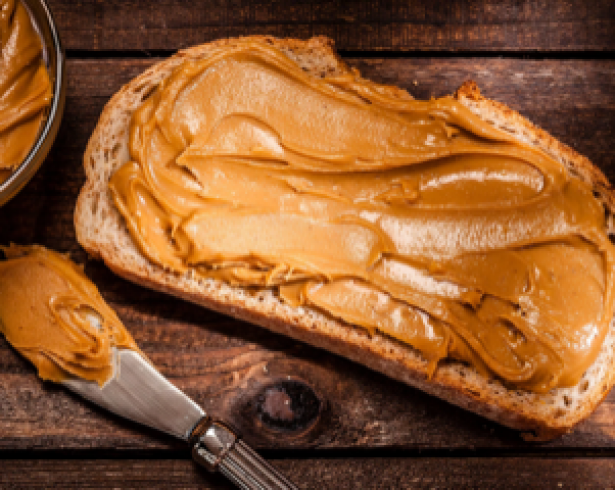 Everyone knows that peanut butter sandwiches are an unassailable lunchbox staple, but apparently they're also an indispensable tool for would-be spies. According to the United States Department of Justice, an Annapolis, Maryland man who was allegedly willing to sell sensitive details about our nuclear-powered submarines to a foreign government hid that info inside half a peanut butter sandwich. And in another attempt to pass that information on, Jonathan Toebbe used a chewing gum package.

According to a criminal complaint, on April 1, 2020, Toebbe sent a package filled with "a sample of Restricted Data" he could access to an unidentified foreign government, and allegedly wrote that he would allow this government to purchase additional information about nuclear submarines from him. "I apologize for this poor translation into your language," he allegedly wrote. "Please forward this letter to your military intelligence agency. I believe this information will be of great value to your nation. This is not a hoax."

Several months later, Toebbe started exchanging encrypted emails with someone he believed was from that foreign country, but in reality was an undercover FBI agent. In June of this year, the undercover agent sent Toebbe $10,000 in Monero cryptocurrency as a "good faith payment." A couple of weeks later, the complaint claims, Toebbe and his wife, Diana, went to a 'dead drop' location in Jefferson County, West Virginia where they left a peanut butter sandwich that contained a plastic-wrapped SD card filled with thousands of pages of "Restricted Data related to submarine nuclear reactors."

In a message that Toebbe allegedly sent to the person he believed to be a foreign agent, he wrote that he was "extremely careful to gather the files I possess slowly and naturally" so none of his coworkers would suspect what he was doing. "We received training on warning signs to spot insider threats," he explained.

After the agent received that SD card, they sent Toebbe an additional $20,000 in Monero cryptocurrency. In July, Toebbe allegedly made another drop, leaving another SD card that was tucked into a Band-Aid wrapper, and in August, a third SD card was concealed inside a package of chewing gum. The FBI agent sent Toebbe another $70,000 in exchange for the decryption key. On October 9, Jonathan and Diana Toebbe were both arrested at a second prearranged location in West Virginia.

"The complaint charges a plot to transmit information relating to the design of our nuclear submarines to a foreign nation," Attorney General Merrick B. Garland said in a statement. "The work of the FBI, Department of Justice prosecutors, the Naval Criminal Investigative Service and the Department of Energy was critical in thwarting the plot charged in the complaint and taking this first step in bringing the perpetrators to justice."

Diana Toebbe, who allegedly served as a lookout during the SD card drops, has been suspended indefinitely from Key School, the private Annapolis school where she has taught for the past 10 years. "Key School is in no way connected to the investigation nor any personal criminal activity involving the Toebbes," the school said in a statement sent to the Baltimore Sun.

The Toebbes have been charged with alleged violations of the Atomic Energy Act. They are scheduled to appear in federal court in Martinsburg, West Virginia, on Tuesday. The peanut butter sandwich has not been charged.