The Rich Already Have Paid Leave. Meet One of the Activists Behind the Fight to Make it Universal.

Advocates have overcome opposition from conservative Democrats to secure four weeks of paid leave in the House budget bill, but more obstacles remain 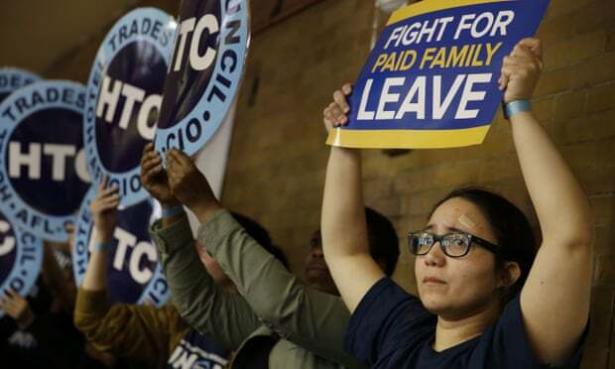 People hold signs during a rally for paid family leave in 2016., Seth Wenig/AP

For Ruth Martin, the fight for paid leave is both professional and personal.

As Senior Vice President of MomsRising, she’s helped mobilize more than 870,000 contacts between the group’s members and lawmakers to advocate for paid leave and other pro-family benefits in the Build Back Better legislation.

As the daughter of a cancer patient, she’s seen up close how the lack of paid leave benefits ravages families. 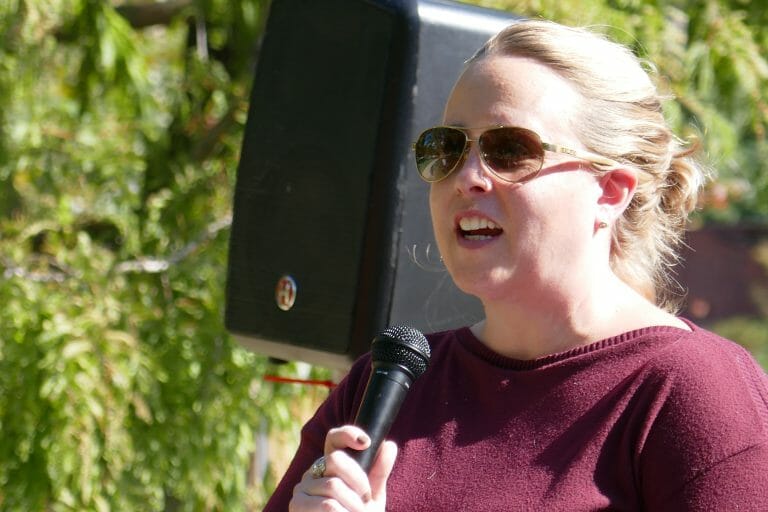 During her mother’s illness, Martin had paid leave benefits through her employer, but her three siblings who live near her mother’s home did not.

“As you know, lung cancer spreads quickly,” Martin said. “My brother who lived with my mother would still have to go to work because he didn’t have paid leave. And it was so terrifying to have to wonder what was going to happen while he was gone.”

President Biden had proposed 12 weeks of paid leave in his Build Back Better agenda to allow workers to care for newborn babies or other loved ones or for personal illness. Then conservative Democrats stripped the benefits entirely from the initial House bill, claiming that the world’s richest country cannot afford a benefit that nearly every other country offers their workforce.

But an outcry from MomsRising, Family Values at Work, and many other advocacy organizations succeeded in shoehorning four weeks of paid leave back into the legislation.

Now even this modest proposal is in jeopardy.

West Virginia Senator Joe Manchin continues to insist that paid leave be addressed through bipartisan legislation, rather than through the Democrats-only budget reconciliation process. He aims to strip these benefits before the legislation is finalized.

The absence of a national paid leave system is one of many drivers of our country’s skyrocketing inequality. The larger your paycheck, the more likely you are to have these benefits.

The lack of paid leave creates a vicious cycle for families struggling to get by. In the event of pregnancy, illness, or family medical emergency, people who are already earning less than a living wage may have no choice but to drop out of the workforce entirely.

Under the House legislation, a worker whose employer doesn’t provide paid medical or family leave can apply for up to four weeks of wage replacement for time off during a one-year benefit period. Workers making $15,000 or less a year would receive the highest wage replacement rate — 90 percent — but they will have had to have earned at least $2,000 in the two years prior, as well as some level of income in the period immediately preceding the leave.

The plan cuts off wage replacement for those earning more than $62,000 a year. People with higher incomes can submit requests for paid leave, but their earnings would be replaced only up to that level.

After numerous delays, the House is expected to vote on the Build Back Better legislation as early as next week. Then it will be the Senate’s turn. Since every Democrat’s vote will be needed for passage, Manchin’s opposition means the paid leave provision faces an uphill battle.

Whatever happens with this round, the fight will continue.

“We need paid leave in this country for the moments that break our hearts and the moments that fill us with joy,” said Martin of MomsRising. “And no one should risk losing their last moments with their parents because they have to clock in and clock out for work.”

Sarah Anderson directs the Global Economy Project at the Institute for Policy Studies and is a co-editor of the IPS web site Inequality.org. Follow her at @SarahDAnderson1.