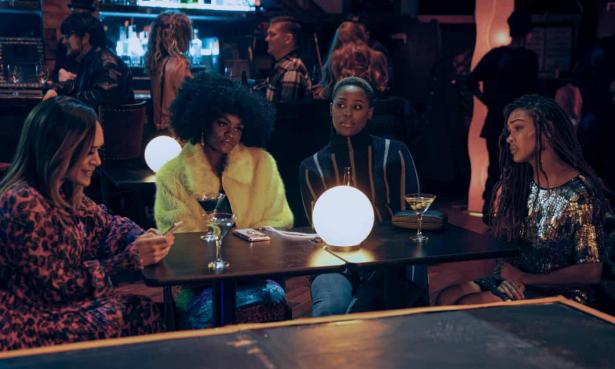 I don’t want to start this review by talking about Insecure, Issa Rae’s seminal HBO comedy about four Black twenty-to-thirtysomethings in LA that broke ground for Black female friendship onscreen and built a pipeline for Black creatives off it. Amazon’s Harlem, a 10-episode series about four Black thirtysomethings in the storied New York neighborhood created by Girls Trip writer Tracy Oliver, should be measured on its own merits. 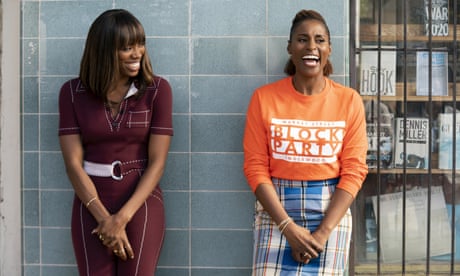 Goodbye Insecure: how the hit HBO comedy changed the game

But it’s hard not to map one on to the other, from buzzy soundtrack to stylish wardrobes to similar themes – the lingering question of an ex who’s maybe or maybe not moved on, dating apps, annoying white people, parental pressure. Insecure echoes in the dynamics of the Harlem group: the self-involved but endearing protagonist, the careerist afraid of being vulnerable, the neurotic romantic, the ribald and unapologetic fount of comic relief.

Which is not to say Harlem is simply a reset of Insecure in New York; the half-hour series is an easy, sometimes fun and occasionally intriguing watch that treads the still undervalued ground of single women in their 30s. But with characters whose bits wear thin, punchlines that frequently boil down to horniness and explanations of racist dynamics that feel pulled from an Instagram slideshow, Harlem often tests the limits of representation as justification.

The show’s quartet, like the group on Insecure, are best friends from their college days (swap Stanford for NYU), 10-plus years ago. Camille (Meagan Good) is beautiful, headstrong yet chronically awkward, an assistant professor of anthropology at Columbia hungry for a tenured position, validation and another shot with her ex, Ian (P Valley’s Tyler Lepley), who unexpectedly returns to the neighborhood after several years abroad. Tye (Jerrie Johnson) is the most financially secure of the bunch, the masc lesbian founder of a dating app for queer people of color whose icy exterior shields an intense aversion to vulnerability.

Quinn (Empire’s Grace Byers) struggles to keep her sustainable fashion line afloat, going to great lengths to find a man and to avoid asking her wealthy, derisive mother (Jasmine Guy) for more money; like Insecure’s Tiffany, she’s the type-A fashionista of the bunch, whose exacting standards and desperation (going to Long Island for a disastrous 11pm date, in one episode-long punchline) offer ridiculous contrast to her friends. Quinn financially supports Angela (newcomer Shoniqua Shandai), attempting to relaunch her singing career after getting dropped from a record deal five years ago; like Insecure’s much-memed Kelli, Angie is bigger, louder, more brash than her friends – perpetually horny, perpetually searching, the raunchy and gloriously self-confident deliverer of punchlines with comparatively less character development.

Over the course of the season, the group navigates universal tribulations – dating, career setbacks, miscommunications – and neighborhood-specific ones: the gentrification of Harlem, the limited availability of single Black men, the fraught dynamics of interracial dating in a mostly Black neighborhood. The show can be enjoyable – the quartet’s chemistry infectious, the twists intriguing if sometimes overdone, the numerous men reliably hot, the soundtrack hip and the outfits never boring. Lepley and Good’s chemistry is more than sufficient to root for a reunion that would definitely cause a lot of problems for a lot of people, most notably his British fiancee.

But the show sometimes feels stumped by what to do beyond calling out its representational politics. There’s something to mine in the “real life man shortage”, but the points dovetail into an awkward comparison to a tribe of women in Asia studied by Camille, and literal “yassss queen”-ing. Harlem is most interesting when the easy assumptions of righteousness are complicated: when Camille learns the gentrifying bistro she’s protesting (only to impress her new boss, played by Whoopi Goldberg, who’s disdainful of Camille’s social media fame) has hired Ian as its head chef. Or when Tye’s fair trepidation with dating a white woman collides with her fear of emotional intimacy, or Angie’s desperation to be a singer meets the reality of a pandering Get Out Broadway musical (Sunken Place song and dance included). 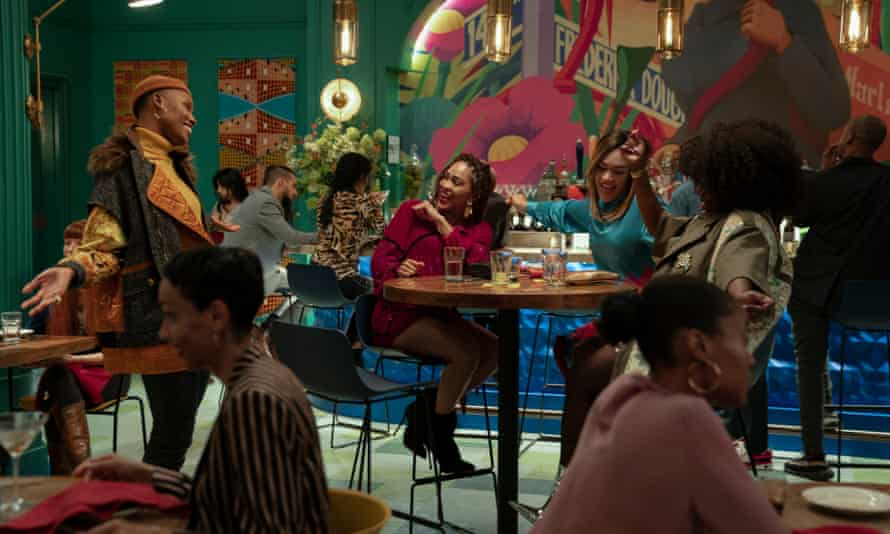 As a white critic, I’m wary of assessing the politics of a show unapologetically for and about Black women. But the show’s didactic handling of racism – from Camille’s monologue about the trope of the Strong Black Woman to Tye’s struggle to have callous white doctors take her abdominal pain seriously – feels oddly aimed at white audiences and, in particular, white liberal guilt. Regardless of intent or effect, the show’s overt aims at representation don’t cover for characters who, for most of the 10 episodes available for review, stay stuck in the rut of a few broadly sketched characteristics.

The series’ eighth episode, set five years in the past, explores the decisions which refract through the rest of the season, offering welcome context to each woman’s consistent hangups and regrets. By season end, there’s plenty of material to grow on and from, and ample reason to give Harlem a second season to do so.

The answer to “how could representation improve in Hollywood” is often more – more characters, more shows, more storylines, more opportunities. It is undeniably a good thing that characters like Camille, Tye, Quinn and Angie can be messy, alternately annoying and appealing protagonists, for female friendship to be the backbone, for a show like Harlem to exist and evolve. I just wish the development of the characters kept pace with the show’s progressive foundation.

… we have a small favour to ask. Tens of millions have placed their trust in the Guardian’s high-impact journalism since we started publishing 200 years ago, turning to us in moments of crisis, uncertainty, solidarity and hope. More than 1.5 million readers, from 180 countries, have recently taken the step to support us financially – keeping us open to all, and fiercely independent.

With no shareholders or billionaire owner, we can set our own agenda and provide trustworthy journalism that’s free from commercial and political influence, offering a counterweight to the spread of misinformation. When it’s never mattered more, we can investigate and challenge without fear or favour. We couldn’t do this without readers like you.

Ahead of what is certain to be a pivotal year for America, we’re raising $1.25m to fund our reporting in 2022. If you can, please consider making a year-end gift so that we can continue to deliver journalism that sheds a light on injustice and drives meaningful change. It is reader support that makes our high-impact journalism possible and gives us the emotional support and motor energy to keep doing journalism that matters.

Unlike many others, Guardian journalism is available for everyone to read, regardless of what they can afford to pay. We do this because we believe in information equality.

We aim to offer readers a comprehensive, international perspective on critical events shaping our world – from the crackdown on voting rights to corrosive racial inequality and the erosion of democratic norms. We are committed to upholding our reputation for urgent, powerful reporting on the climate emergency, and made the decision to reject advertising from fossil fuel companies, divest from the oil and gas industries, and set a course to achieve net zero emissions by 2030.

Every contribution, however big or small, powers our journalism and sustains our future. Support the Guardian from as little as $1 – it only takes a minute. Thank you.