How Oregon is Turning the Page on America's Disastrous Drug War

While the expansion of treatment, and related social services is undeniably a good thing, drug decriminalization is ultimately about getting people out of the criminal justice system and ensuring that they are not sucked into it in the first place. 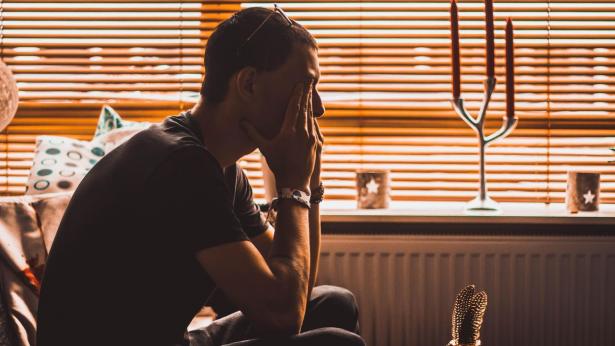 , Photo by christopher lemercier on Unsplash

In a groundbreaking move, in 2020, Oregon voters approved the decriminalization of personal use amounts of all illicit drugs, with Measure 110 passing with a healthy 59 percent of the vote. That made Oregon the first state in the U.S. to make this dramatic break after decades of the war on drugs. Now, as other states are pondering a similar move and are looking for evidence to bolster their case for drug decriminalization, some of the initial results in Oregon are looking pretty impressive and promising.

Measure 110 promised not only thousands of fewer drug arrests but also a move away from a punitive system to a more compassionate one, with hundreds of millions of dollars for “greatly [expanded] access to evidence-informed drug treatment, peer support, housing, and harm reduction services, without raising taxes,” according to a November 2020 press release from the Drug Policy Alliance (DPA). These services would be funded through “excess marijuana tax revenue” (more than $45 million) and savings accrued “from no longer arresting, incarcerating, and prosecuting people for drug possession,” said the press release. State analysts in June 2020 estimated the excess marijuana tax revenue alone would result in more than $100 million in funding for providing services in the first year, after the implementation of Measure 110—which went into effect in February 2021—and would further result in funding of up to $129 million by 2027.

The state analysts were, however, too cautious. On November 3—“the one-year anniversary of the passage of Measure 110”—the DPA, whose political action arm, Drug Policy Action, spearheaded the successful campaign to get the drug reform measure passed, and the Health Justice Recovery Alliance (HJRA), the DPA’s key implementation partner in the state—which is working to implement treatment, harm reduction, and support programs—announced that they had secured funding of $302 million “for services over the next two years.” That’s more than $150 million a year, the DPA press release announced, “including $30 million lawmakers agreed to release ahead of schedule in May of [2021].” It is also “five times more than what Oregon currently spends on non-Medicaid funding for addiction services,” according to HJRA.

On November 17, that funding got real, with the Measure 110 Oversight and Accountability Council announcing the opening of a grant proposal period to distribute $270 million of the funding to service providers, who will operate under the rubric of the new Behavioral Health Resource Networks (BHRNs). Grants will be going to groups working on a broad spectrum of substance-related concerns, including housing, peer support, and employment support, as well as harm reduction and drug treatment services.

“Our vision is that by funding BHRNs, there will be a collaboration of networks that include culturally and linguistically specific and responsive, trauma-informed and gender affirming care that will meet the needs of anyone seeking services who have been negatively affected by substance use and the war on drugs,” said Oversight and Accountability Tri-Chair LaKeesha Dumas in a press release by the Oregon Health Authority announcing the grants.

That initial round of grants went to 70 organizations in 26 out of the state’s 36 counties, with these results cited in a DPA press release on November 3:

“We were about to have to close our doors in Wasco County, which would have been devastating to the people that depend on us for support there, but thanks to Measure 110 passing, we were not only able to get the funding we needed to stay open, but also to expand the services and spectrum of care we were able to provide our clients,” said Monta Knudson, executive director of Bridges to Change, a nonprofit that offers peer recovery support, housing and treatment services in Oregon, in the November 3 DPA press release.

“Addiction has touched us all somehow, some more personally and heartbreakingly than others,” said Tera Hurst, executive director of the Health Justice Recovery Alliance, in the DPA press release. “Too many of us have lost loved ones to addiction, or struggled with it ourselves. COVID-19 has made things much worse, decreasing access to care during a time when Oregonians need these services more than ever before. That’s why today, exactly one year after the Measure’s passage, we celebrate the great strides made when it comes to addressing Oregon’s addiction crisis, while recognizing that there’s still much work to be done. Our immediate focus is to ensure every Oregonian knows these critical harm reduction and recovery services are being invested in and expanded so that they will be available to anyone who wants and needs them, and that they can feel comfortable and safe accessing them.”

But while the huge expansion of treatment, harm reduction, and related social services is undeniably a good thing, drug decriminalization is ultimately about getting people out of the criminal justice system and ensuring that they are not sucked into it in the first place. It’s looking like Measure 110 is achieving that goal.

According to the Oregon Criminal Justice Commission, there were roughly between 9,000 and 10,000 drug arrests per year from 2012 to 2018, prior to the passage of Measure 110, and while it is too early to have precise numbers, thousands of Oregonians who would have been arrested for drug possession in 2021 have instead faced only their choice of a $100 fine or a health assessment. This doesn’t mean that there will be no arrests at all, though, because some felony drug possession arrests (possession of more than the specified personal use amounts) have been downgraded to still arrestable misdemeanors. There will, however, be thousands fewer people subjected to the tender mercies of the criminal justice system and all the negative consequences that brings.

Preliminary numbers reported by the Oregonian suggest that drug arrests in 2021 are occurring at a rate of about 200 a month, primarily for possessing more than a personal use quantity of a drug. If that rate holds throughout the year, we should see a dramatic reduction in overall arrests, down from 9,000 (in the latest-reported 2018 data from the Oregon Criminal Justice Commission) to fewer than 2,500. And most of the people being arrested are now facing misdemeanors instead of felony charges.

“A year ago, Oregonians voted yes on Measure 110 to remove criminal penalties for possession of drugs and expand access to health services. Now, because of this measure, there are thousands of people in Oregon that will never have to experience the devastating life-long barriers of having a drug arrest on their record, which disproportionately and unjustly affected Black and Indigenous people due to targeted policing,” said DPA Executive Director Kassandra Frederique in the press release. “Because of this measure, there is more than $300 million in funding that did not exist before being funneled into community organizations to provide adequate and culturally competent care that people desperately need. And while the devastation of 50 years of cruel and counterproductive policies can’t be erased overnight, by all metrics we hoped to achieve, and what voters asked for, we are going down the right path.”

Phillip Smith is a writing fellow and the editor and chief correspondent of Drug Reporter, a project of the Independent Media Institute. He has been a drug policy journalist for more than two decades. He is the longtime writer and editor of the Drug War Chronicle, the online publication of the nonprofit Stop the Drug War, and was the editor of AlterNet’s coverage of drug policy from 2015 to 2018. He was awarded the Drug Policy Alliance’s Edwin M. Brecher Award for Excellence in Media in 2013.

This article was produced by Drug Reporter, a project of the Independent Media Institute. The Drug Policy Alliance is a funder of Drug Reporter.