food Dark Chocolate's flavanol may help to protect the heart.

Observational studies suggest a link between high cocoa or chocolate intake of 6 grams daily (1-2 small squares) and a reduced risk of heart disease and mortality, possibly in part by reducing blood pressure and inflammation. 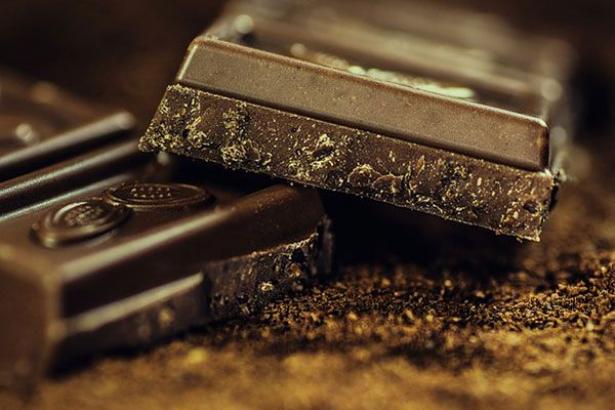 No introductions are needed for this highly treasured food that dates back to 2000 BC. At that time, the Maya from Central America, the first connoisseurs of chocolate, drank it as a bitter fermented beverage mixed with spices or wine. Today, the long rows of chocolate squares sitting neatly on your store shelves are the end result of many steps that begin as a cacao pod, larger than the size of your hand. Seeds (or beans) are extracted from the pod and fermented, dried, and roasted into what we recognize as cocoa beans. The shells of the bean are then separated from the meat, or cocoa nibs. The nibs are ground into a liquid called chocolate liquor, and separated from the fatty portion, or cocoa butter. The liquor is further refined to produce the cocoa solids and chocolate that we eat. After removing the nibs, the cocoa bean is ground into cocoa powder that is used in baking or beverages.

Cocoa is rich in plant chemicals called flavanols that may help to protect the heart. Dark chocolate contains up to 2-3 times more flavanol-rich cocoa solids than milk chocolate. Flavanols have been shown to support the production of nitric oxide (NO) in the endolethium (the inner cell lining of blood vessels) that helps to relax the blood vessels and improve blood flow, thereby lowering blood pressure. [1,2] Flavanols in chocolate can increase insulin sensitivity in short term studies; in the long run this could reduce risk of diabetes. [3,4]

Observational studies support the benefits of cocoa flavanols. The link between blood pressure and high cocoa intake was described in a study of the Kuna Indians, an isolated tribe who live on the Caribbean Coast of Panama. [5] Hypertension was extremely uncommon in this group, even among older ages, and even with a dietary salt intake that is greater than most Western populations. When the Kuna migrated to urban environments and changed their diets, their rates of high blood pressure increased. Notably, their traditional intake of cocoa as a beverage was very high, at more than five cups daily of either home-grown or Colombian cocoa powder rich in flavanols. The urinary levels of flavanols in the island-dwelling Kuna were significantly higher and their rates of death from heart disease, cancer, and diabetes significantly lower than their counterparts living in urban centers.

Other observational studies suggest a link between high cocoa or chocolate intake of 6 grams daily (1-2 small squares) and a reduced risk of heart disease and mortality, possibly in part by reducing blood pressure and inflammation. [6,7]

Dark chocolate is high in calories (150-170 calories per ounce) and can contribute to weight gain if eaten in excess. However, chocolate, like nuts can induce satiety, so the longer term implications for weight control are not clear.  It also contains a moderate amount of saturated fat, which can negatively affect blood lipid levels, though its heart-protective effects from flavanols appear to outweigh the risk. Choosing dark chocolate and eating modest quantities may offer the greatest health benefits.

Choose 70% dark chocolate or higher to obtain the most flavanols. Though keep in mind that the higher the percentage of cocoa solids, the greater the bitter flavor.

Store in a cool dry area (65-70 F) in a tightly sealed container. Do not refrigerate, which can promote the chocolate to “bloom,” a whitish coating caused by sugar rising to the surface due to excess moisture. Bloom does not affect flavor but does not look appealing.

If stored properly, dark chocolate will last up to two years.

To melt: Dark chocolate should be heated gradually to prevent scorching. This may be done on a stove top on low heat or in a microwave oven on 50% power. Break chocolate into smaller pieces and place in pan or microwave to heat. Stir continually (or after each minute) to ensure even heating. Drizzle 1-2 tablespoons of melted dark chocolate over oatmeal, yogurt, or fresh fruit for an easy healthful snack.

The Three Pleasures business cardServe a few squares of dark chocolate or chocolate curls with fresh fruit and nuts for an easy elegant dessert.

Blend 1-2 tablespoons of unprocessed cocoa with one large frozen banana for a dairy-free version of chocolate ice cream.

Because the bitter flavor increases with a higher percentage of cocoa solids, try taking a small piece and allowing it to melt slowly in your mouth. This technique may offer a different, more pleasurable experience than quickly chewing and swallowing the chocolate.

Cocoa is sometimes treated with alkali, or Dutch-processed, to improve the flavor and appearance. However this causes a significant loss of flavanols. Natural cocoa, found in the baking aisle, retains the most flavanols. [8]

The higher percentage of cocoa solids, the higher the caffeine content. Two ounces of 70% dark chocolate contains about 50-60 mg caffeine. In comparison, an 8-ounce cup of coffee contains 100-200 milligrams of caffeine.

If your chocolate has developed bloom, no need to throw it out! You can remove the bloom by melting the chocolate, stirring it well, and then allowing it to slowly cool back into a solid.

Chocolate is derived from an intensive process of farming, harvesting, and transport, often employing less expensive labor or child labor overseas. “Fair-Trade” labeled chocolate certifies that the chocolate has been manufactured at a fair wage and with the exclusion of child labor.