tv In HBO’s Sex and the City Reboot, the Thrill Is Gone

At its best, the original Sex and the City took the romantic lives of its characters seriously while presenting them hilariously. But its reboot, And Just Like That…, has sucked all the fun out of its stories. 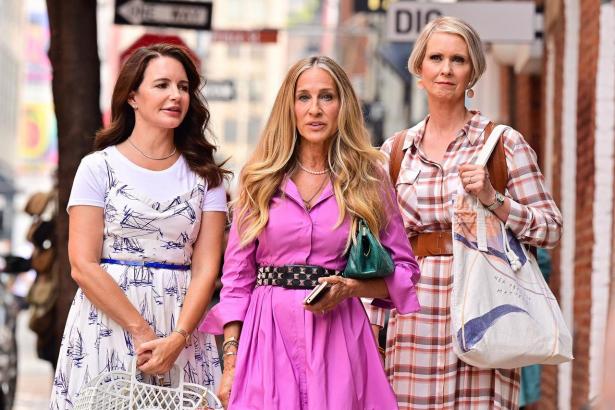 And Just Like That… has turned the Sex and the City characters into one-dimensional caricatures of themselves.,(HBO)

Sex and the City has always been aware of its audience. The first episode of the 1998 HBO series features a parade of characters talking directly into the camera about their dating lives. This device — characters talking interview-style into a camera about the topic of the day — remained in use through the first season of the show, putting its characters in one-directional but direct dialogue with the audience. Their monologues let us into a different world of fast-talking single thirty-somethings in New York City whose biggest concerns seemed to be their love lives.

By the second season, the device had fallen away in favor of hermetic storytelling, the audience looking in on the characters’ lives as the characters lived them. But the strong sense of awareness of the audience remained. The show was a success because it represented, however imperfectly and with a bias toward white upper-middle-class women living in cities, the minutiae that colored the everyday lives of many women, no matter who or where they were. Petty jealousies, infidelity, relationship-related confusion, extramarital affairs, dreams reached for but never attained — in the lives of Miranda and Carrie and Samantha and Charlotte, it was all there.

The show has aged unevenly. Some of its topical jokes, especially ones about race and sexuality, come off tone-deaf when heard twenty years later. But its concern with, and highly entertaining display of, the romantic lives of women allowed the show to retain its appeal over the course of the more than two decades after its first episode aired. If you related, you could laugh along with them; if you didn’t, you could laugh at them.

Sex and the City’s enduring popularity is why there’s an audience for its miniseries reboot, And Just Like That…, a reference to a turn of phrase used by sex columnist Carrie to highlight moments of surprise that are often delightful, sometimes unfortunate. And Just Like That… drops the characters, now in their mid-fifties, in an optimistically post-pandemic 2020s. Samantha is gone; she moved to London after Carrie fired her as her publicist, we learn early in the first episode. Charlotte is still married to Harry and has two children whom she can afford to dress in Oscar de la Renta. Carrie is still married to John James Preston, aka Big, and has become a mid-tier media personality, appearing on podcasts and running a street style Instagram account. Miranda, radicalized by the 2017 anti-Trump protests, quit corporate law and enrolled in a master’s program in human rights. The first episode painstakingly catches us up on all that, taking on the uncomfortably slow pacing of a “last week on . . .” montage over the course of forty-four whole minutes.

I watched, via reruns, the entirety of Sex and the City when I was in high school. Then again, via streaming, its entirety when I was in college. And then, again, its entirety earlier this year. Because of the universality of the themes, and because of the either unlikely relatability or hilarious unrelatability of its characters, the series lends itself to rewatchings like this. The two movies don’t share this same quality, since they capture their characters not over time as they change but rather in the moments that surround significant events. An episodic reboot seemed more in the spirit of the original show: we could see the characters as they are now and also over time.

But something is off. In addition to its oddly slow pacing, And Just Like That… has turned its characters into one-dimensional caricatures of themselves, as though all the writers had to base them on was a “Which Sex and the City gal are you?” online quiz. The whole thing feels flat. 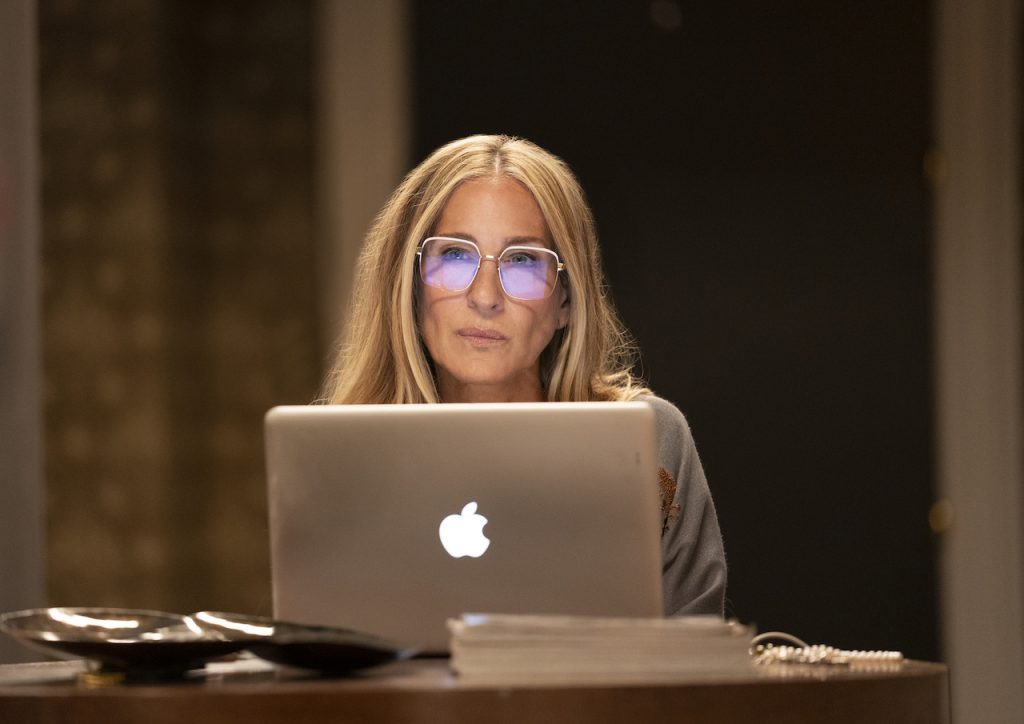 Miranda, for example, goes on a series of out-of-touch and embarrassing (including, upon reflection, to her, thank God) White Lady rants, only one of which was necessary to prove the point that she’s trying to learn how to be less racist. Carrie appears on a podcast where the host introduces themself as a “queer, nonbinary Mexican Irish diva,” and it comes off like a conservative “special snowflake” joke. Charlotte throws a gratingly childish tantrum when her kid won’t wear the dress she bought to her other kid’s piano recital, because she wants them “all in florals.”

Unlike the characters in the original show, who were flawed and often really not doing their best, the new and improved Carrie, Miranda, and Charlotte resist our questioning or potential mockery. They are flawed but doing their best, each on a hero’s journey whose eventual triumph over their demons we can see coming from miles away. They are no longer relatable as our funniest, most fucked-up friend might be, but rather picture-perfect, and thoroughly boring, avatars.

In the first episode’s most harrowingly absurd scene, Carrie walks into her giant bathroom suite to find Big, who has just suffered a heart attack, sitting on the floor clutching his chest. As a comically shocked Carrie delays in reacting, Big’s eyes light up on seeing her — we are supposed to believe he died happy, looking at his one true love in his last moments.

Carrie rushes to him, but, confoundingly, she seems to have decided it is too late. Instead of trying to perform CPR or calling an ambulance, she clutches at and clumsily kisses Big as he dies. Her shoes, which happen to be the ones she wore on their wedding day, slip off her feet and into the shower Big has left running. They’re ruined. Carrie’s narration closes out the episode: “And just like that . . . Big died.” It’s so on the nose that it feels like a joke. The scene feels at once made to be screencapped and shared online and completely self-serious.

Like Sex and the City, the reboot is also aware of its audience, but not in the way that those looking-into-the-camera monologues once were. It is all very generous and politically correct and seamless and, unlike Sex and the City, decidedly not fun to watch. And Just Like That… seems to suffer from the same fate as so much art under capitalism: a formerly fresh and compelling show has now, in an impossible effort to appeal to as broad an audience as possible, cannibalized itself beyond the point of parody.

Marianela D’Aprile is a writer living in Brooklyn. She is a member of the Democratic Socialists of America.