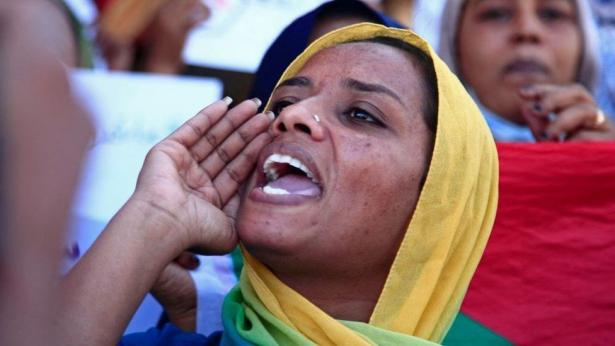 From the Arab Spring to the social uprisings in Latin America, the world has seen a dramatic rise in protests. The COVID-19 pandemic has only accentuated feelings of outrage and discontent. New research analyzes nearly 3,000 protests since the beginning of the 21st century, in over a hundred countries covering more than 93 percent of the world population.

In her revolutionary committee, longtime activist Jihan el-Tahir co-organises regular activities and holds meetings along with fellow members where decisions are made collectively as a horizontal, leaderless movement that relies on a network for coordination. The distribution of roles and responsibilities is carried out via in-person meetings and WhatsApp groups.

Buenos Aires teachers’ fight goes beyond workplace issues and has consequences for politics across the whole of Argentina. The city’s government’s attack on teachers is a preview of what all Argentinian workers — and especially those in the public sector — can expect if the Together for Change coalition comes to power.

Supporters of the Wet’suwet’en Hereditary Chiefs announced on December 19 that they have reoccupied a worksite on the Coastal GasLink pipeline route in the nation’s territory, in northern British Columbia. The pipeline is intended to supply fracked natural gas to a liquefied natural gas (LNG) plant on Canada’s west coast.

The Sahrawi liberation movement is determined to beat the army of Morocco – but risks being outpaced by the kingdom’s technology.

In October local elections were held in North Macedonia, a country which in recent times has seen the gradual growth of Levica, a left-wing party that is becoming a preeminent force on the national political scene. Leader and member of the Macedonian parliament, Dimitar Apasiev, and Recep ‘Haktan’ Ismail, a newly-elected member of the Skopje city council, answer questions.

The importance of holding a festival advocating for LGBTQ rights is particularly salient given the history of anti-homosexuality in the post-war authoritarian period (1960-1987), where cross-dressing at the time, for example, was a method of challenging authoritarian leader Park Chung Hee’s conservative gender system.

Left-wing debates about participating in government will probably never end — nor should they. If Die Linke decided not to participate in state or federal government, it would inevitably lose the vast majority of its voters who expect exactly that from it. It would become a sect that renounces possible influence in favour of “pure doctrine”.

After the demise of the USSR on December 26, 1991, the Russian left had to find its place in a society transformed beyond recognition. In the face of huge challenges, its activists have led important struggles against the system established by Yeltsin and Putin.

Standing With the Wretched of the Earth  Amy Goodman / Democracy Now! (New York)