Lack of Left-Wing Culture, Weakness of Progressivism in Latin America

The neoliberal culture has not been defeated. We have opened cracks. It has indentations. It has slits. But it has not been replaced by a new cultural framework. 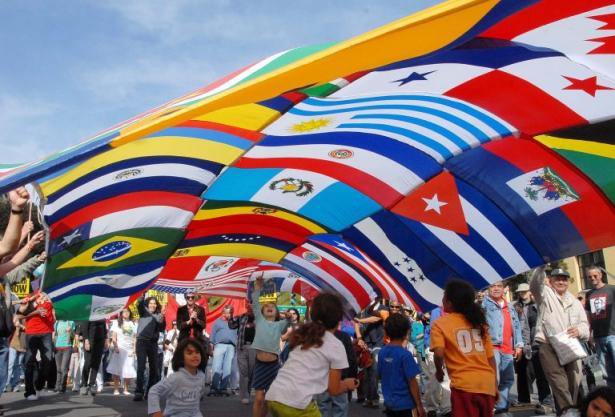 Interview with Álvaro García Linera former Vice President of Bolivia during the Evo Morales presidency and a leader of the Túpac Katari Guerrilla Army in the early 1990s.

One of the great weaknesses of Latin American progressivism and something that explains its partial defeats is the lack of a leftist, alternative and accessible popular culture, promoting new ways of organizing daily life, affirms Álvaro García Linera.

Despite the electoral triumphs of progressive ideas in the region, neoliberalism has established a common sense which goes beyond who is the ruler, García Linera explained this in a talk with La Jornada on progressivism, left, right, and popular culture. Here is the final part of that interview:

-It seems that in countries like Chile, El Salvador, and Ecuador the right wing has managed to capture not only elections, but also the imagination of the middle and working sectors. How to explain this phenomenon?

-And not only there…

Even in progressive experiences, the neoliberal imaginary as mass culture has not been completely dismantled. Obviously, there have been moments of breakdown, stupor, and cognitive openness in some places, but 40 years of neoliberalism has instilled a common narrative which goes beyond who is the ruler, or whether the state should protect you or not. It has settled in other types of personal expectations.

However, this dominance is squandered. It is no longer axiomatic, it bring up doubts. In the ’90s, neoliberalism fulfilled a series of life axioms, which people assumed indisputably, as if they were something natural. Today, in the progressive perspective, and in countries like Colombia, El Salvador, Guatemala, in Europe itself, it is a argument that is losing its legs… It is starting to show cracks.

-Where would it be arising?

-Colombia has been what Chile was in the ’90s. In the 21st century it has become a country in which, with Walt Disney franchises, the promotion of its artists, the overflowing US military presence, and the narrative that they are the continuation of Miami in Latin America, that the United States was going to provide a model.

But look, there has been a gigantic mobilization of repudiation against all this. Certainly, it has not managed to achieve political success. And that is a lesson of how collective action must have a strategy to be able to promote a political fact. But even there, in what is the new Chile of the 2020s, there has been a tremor, a cracking. I trust that this will continue in the rest of the countries of the continent.

-In the ’60s and ’70s, the Latin American left had formidable cultural power. Its musical, literary and graphic production was exceptional. Where is the cultural work of progressivism?

-That culture of the left has fed the political force, the cadres, and the knowledge of the reality of progressive advances. The left of the 1960s has not given rise to progressivism, but it has nurtured it and given it an internal strength—a kind of internal tension, small but very solid.

Let’s take the example of Bolivia. The emergence of the Indigenous-peasant has nothing to do with the left of the 1960s. Nothing. Moreover, for that left they were second-class actors, a petty bourgeoisie that was going to see how the workers made the revolution. The peasant resurgence is born from other sectors, from other experiences.

At the time of the great collective insurrections, this left marginalized by neoliberalism, with an urban presence, powerful in the ’60s, ’70s, ’80s, and ’90s, resurfaces. And it is called progressivism, by some of its cadres, in the context of the… previous ideological battles that occur before electoral victories.

I am convinced that, before winning electorally, ideas are always first won, even if only partially. And, there, the old left, the old cadres helped in a delicate moment. They knew how to understand that it was time to act, they did not wait. Some did wait and stayed in their cubicles, waiting for socialism or communism to come along. But another part got in. They understood that there was grassroots activism. And those cadres helped to think and to enrich, both the management and the political discussion.

However, the new progressivism has neither had the time nor the lucid gaze to expand this culture of the left. It has done it very slowly or in some cases it has not done so at all.

I don’t know if Bolivia is too extreme an example. The paradox has arisen that in the ’60s and ’70s there was a left-wing middle-class culture. But the revolution was made by the Indigenous peoples in the 2000s, not by the middle class. The middle class joined. This speaks of the radical nature of the process, of an Indigenous and popular resurgence, from below.

It’s like another world, where the taco vendor becomes a minister, and then comes back to selling tacos. He’s not the guy who gets rich and lives in a mansion in El Pedregal because he’s a social leader.

-Has a new left culture emerged?

-One of the errors of progressivism, in which I place Bolivia, is not having had enough time to produce a new left-wing culture with this Indigenous imprint. Not the old one anymore. It cannot be the previous one coming from that radicalized middle-class gaze. Because, now, there is the common person in the street. But, even so, it has not had the time and the ability to create a culture.

That is why I said that the neoliberal culture has not been defeated. We have opened cracks. It has indentations. It has slits. But it has not been replaced by a new cultural framework.

When are we going to be able to disarm the neoliberal cultural framework? When we have an attractive, alternative, left-wing pop culture, with new axes for organizing daily life.

That is one of the great weaknesses of progressivism and something that explains its partial defeats. Because, if it had built it, you would have had a long-term cycle, three or four decades at least. But there has been a wave of 15 years, and now another rebirth. I’m not sure it will have a life of another 15 or 20 years. I’m not.

The great debate on the new cultural structures for organizing daily life is not on our side yet. You do not yet have a left-wing culture on the continent, a radical pop culture, with triumphant left-wing narratives.

Resumen Latinoamericano was founded by Argentine writers and activists in exile in Spain during the military dictatorships of the 1970’s. Today Resumen has bureaus in many countries in Latin America with its Senior Editor, Carlos Aznares, publishing in Buenos Aires. In Havana Resumen is published online and periodically in print. Cuban Editor: Graciela Ramirez

If you have any questions, comments or wants to reach the editors, please write to: englishresumen@gmail.com If you would like to submit an article please go to the submission button for instructions. English editors: Alicia Jrapko and Bill Hackwell