How Scholars Are Countering Well-Funded Attacks on Critical Race Theory

There is a long history of right-wing forces fighting against progressive educational curricula. Now, scholars like Robin D. G. Kelley are working to level the playing field against the moneyed political interests behind the attacks. 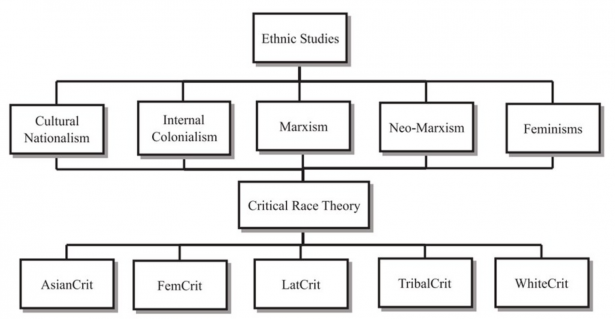 Invoking Dr. Martin Luther King Jr. in mid-December, Florida Gov. Ron DeSantis announced new legislation that allows parents to sue schools for teaching critical race theory. “You think about what MLK stood for. He said he didn’t want people judged on the color of their skin, but on the content of their character,” said DeSantis, a political ringleader in the latest chapter of the United States’ culture war. In using a quote from Dr. King to justify an attack on curricula that uplifts racial justice, the Republican governor inadvertently created a strong case for why critical thinking on the history of race and racism in the U.S. is necessary.

History professor Robin D. G. Kelley is all too familiar with the sort of contradictory statements like those DeSantis spouted. Kelley, who is the Gary B. Nash Endowed Chair in U.S. History at the University of California, Los Angeles, explains that he “came into the profession at the height of a battleground over history, in the 1980s, with the war on political correctness.” And although he’s lived through decades of conservative-led attacks, like those by DeSantis, he describes the 2020s as “dangerous times.”

The Origins of CRT

Kelley sees right-wing attacks on CRT—what he considers an umbrella term for the teaching of “any kind of revisionist or multicultural history”—as a measure of the success communities of color and progressive parents and teachers have had after pushing for years to ensure that educational curricula reflect racially and ethnically diverse classrooms.

The most recent movement for such education can be traced to the Freedom Schools of the 1960s, which, in the words of educators Deborah Menkart and Jenice L. View, “were intended to counter the ‘sharecropper education’ received by so many African Americans and poor whites.” In a civil rights history lesson created for Teaching for Change, Menkart and View explained that the education offered in nearly 40 such schools centered on “a progressive curriculum … designed to prepare disenfranchised African Americans to become active political actors on their own behalf.” In 1968, after months of pressure from student activists, San Francisco State Universityestablished the first College of Ethnic Studies in the U.S.

A movement to offer ethnic studies courses in public schools, including colleges and universities, has gained traction nationwide. Such education is now standard fare as part of required college courses. California remains on the cutting edge of multicultural education, becoming the first state in the nation, in October 2021, to require high schoolers to enroll in ethnic studies courses in order to graduate.

Leading African American scholar Kimberlé Crenshaw, a law professor at UCLA, coined the term “critical race theory” and co-edited the book of the same name, which published in 1996, to define race as a social construct and provide a framework for understanding the way it shapes public policy. Crenshaw explained in a New York Times article that CRT, originally used by academics and social scientists to analyze educational inequities, “is a way of seeing, attending to, accounting for, tracing and analyzing the ways that race is produced … the ways that racial inequality is facilitated, and the ways that our history has created these inequalities that now can be almost effortlessly reproduced unless we attend to the existence of these inequalities.”

Understanding the Attacks on CRT

Critical race theory is precisely the sort of nuanced educational lens that Crenshaw, Kelley, and others use in their courses and that has White supremacist forces up in arms. Attacks against CRT are taking the form of multi-pronged legislative restrictions and even bans, as well as firings of teachers accused of teaching biased histories.

Kelley sees conservatives like DeSantis working relentlessly to eliminate any education that actually reckons with the history of American slavery, the genocide of Indigenous peoples and dispossession of their lands, sexism and patriarchy, and gender and gender identity. Reflecting again on the ’80s, he says the attacks on ethnic studies, culture, and race didn’t only come from the Right. “In fact,” he says, they also came from “liberals, from the Left,” and from those saying “we’re not paying enough attention to class [struggles].”

Kelley cites “classic liberal fatigue” against ongoing demands for racial justice, which he encapsulates in responses such as, “We already gave you some money, we already gave you this legislation, what else do you want to ask for? Why are you criticizing us?”

A case in point about how liberal figures are joining the right-wing war on CRT is a new venture called the University of Austin, Texas, created by a group of public figures led by former New York Timeswriter Bari Weiss. Weiss, in an op-ed in the Times, cited unpopular ideas, such as “Identity politics is a toxic ideology that is tearing American society apart.” She expressed dismay that such an opinion—generally considered a racist one—is shunned by many academics.

To counter what Weiss considers censorship, UATX’s founders say they are devoted to “the unfettered pursuit of truth” and are promoting a curriculum that will include the “Forbidden Courses” centering on “the most provocative questions that often lead to censorship or self-censorship in many universities.”

As if to underscore Kelley’s warning about liberals joining the right-wing culture war, the nascent university’s board of advisors includes figures like Lawrence Summers, former U.S. treasury secretary and former President Barack Obama’s economic adviser, who is a Distinguished Senior Fellow at the left-leaning Center for American Progress.

A Counter to the Moneyed Interests Backing CRT Attacks

Kelley sees a difference between earlier battles over political correctness and those centered on CRT today. “The Right has far more political weapons. They are actually engaged in a kind of McCarthyite attack on school teachers, the academy, on students, on families, and passing legislation on what’s called critical race theory,” he says.

Right-wing narratives have cast the backlash against CRT as a grassroots effort led by parents concerned about bias in their children’s education. But secretive and powerful moneyed interests are at work behind the scenes. The watchdog group Open Secretsrecently exposed how right-wing organizations, like the Concord Fund, are part of “a network of established dark money groups funded by secret donors … stoking the purportedly ‘organic’ anti-CRT sentiment.”

Additionally, CNBC reporter Brian Schwartz exposed how “business executives and wealthy Republican donors helped fund attacks” on CRT and that it is expected to be a centerpiece of the GOP’s campaign ahead of the 2022 midterm elections.

In contrast to the politically formidable and well-funded forces arrayed in opposition to CRT, the Marguerite Casey Foundation each year gives out unrestricted funds to prominent thinkers, like Kelley, to counter “the limited financial resources and research constraints frequently faced by scholars whose work supports social movements.”

The Foundation chose six scholars whom it describes as doing “leading research in critical fields.” Those include abolition and Black, Latino, feminist, queer, radical, and anti-colonialist studies, which are precisely the fields that are anathema to anti-CRT forces.

Kelley, who was named one of the foundation’s 2021 Freedom Scholars, agrees that such funding can help level the playing field for academics working to expand educational curricula that challenge White supremacist and patriarchal histories.

Going beyond defensive countermeasures against the right-wing attacks on CRT, such awards can help fund the study of histories of social justice movements that are thriving. “We’re beginning to break through the narrative of civil rights begets Black Power, [which] begets radical feminism,” says Kelley, citing grassroots change-making groups that have been active over the past 50 years through today and that have not gotten enough attention, such as the Third World Women’s Alliance, the Boggs Center, the Combahee River Collective, The Red Nation, and INCITE! Women of Color Against Violence. “Just in the last two decades, we’re seeing so many amazing movements whose history is being written as we speak,” says Kelley.

He is heartened by what he calls “new scholarship” that is “thinking transnationally, thinking globally, and moving away from a focus on mostly [White] male leadership and thinkers,” giving way instead to the “political and intellectual work of those who have a different vision of the future.”