tv ‘Euphoria’ Isn't About Gen Z. It's a Fantasy Revision of High School for Millennials

The HBO series has caught flack for glamorising sex and violence, but the show also offers a Kool-Aid of teenage nostalgia that shouldn't be swallowed too willingly 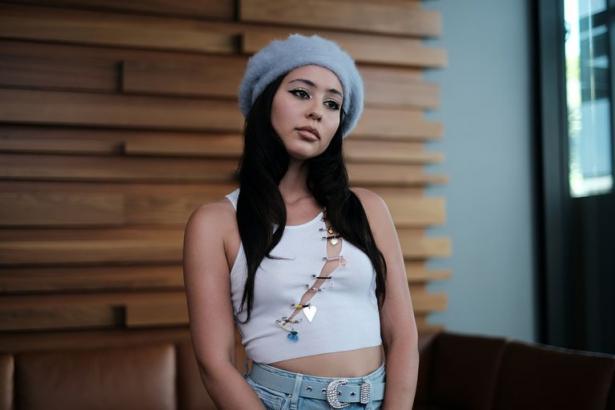 Are the kids alright? Possibly not the ones in attendance at Euphoria High. Two episodes into season two and we have witnessed an accidental overdose from a relapsed teen drug addict, a sociopathic athlete drinking to excess behind the wheel, someone's face being pulverised at the stroke of midnight on New Year's Eve, and so many shots of Sydney Sweeney's bare breasts that at this point it's hard not to feel intimately acquainted with the pair of them.

Episode two opened with a drawn out montage which cuts between Jacob Elordi's character Nate's brutalised face and Sweeney's Cassie in states of undress: stretched out on her side, sprawled over a fur rug, and bouncing on top him in various Instagram–filtered locations. Shown heavily pregnant to reflect his ideal woman fantasy, Cassie seems to particularly illustrate the line the show walks between fetishising teen sex and reflecting how young people's access to the internet has informed their sexual behaviours. The students whose escapades we witness are all just legal, affording a thin veil of protection against the potential ickyness of watching young people going at it. But by painting these after school activities as problematic while still portraying them in a glamorous light, Euphoria has its cake and eats it too. 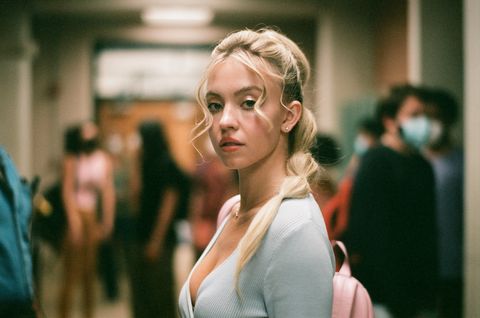 This X-rated version of high school, in which we rarely see the inside of a classroom, aside from when it's used as a backdrop for students to daydream about getting railed by some emotional terrorist, has raised eyebrows online. The queries about how representative of school the show really is (see tweets like: "My high school very well could have been like Euphoria but I had no way of knowing for sure because I was in marching band") aren't the point, nobody cared that Breaking Bad didn't represent your average chemistry teacher after all.

But the barrage of these kind of tweets does reveal just how many twenty-somethings or thirty-somethings are watching the show with one eye on their own school memories. The series is HBO's youngest-skewering show and the second season has broken records for their online viewing platform, but many of those reacting to the show online are people who are holding onto memories of adolescence rather than living through it now. 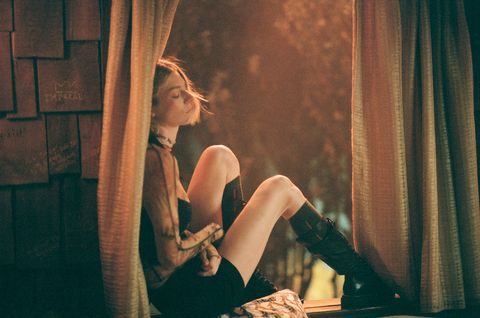 Perhaps the series offers a fantasy revision of teenage years for an age group whose nights on dance-floors are in decline, especially after the pandemic wiped so many of them out. In Euphoria there is emotional trauma and suffering, as well as the dark depths of addiction, but often it comes packaged in a heavily stylised kaleidoscope of swooping camera shots and syrupy rap tracks.

Compared to something like Bo Burnham's Eighth Grade, a film featuring a teenager meant to be just a few years younger than Rue and Jules's cohort, at Euphoria High the teens are possessed with a preternatural confidence and swagger. This erasure of the unglamorous truth of teenage awkwardness was also true of shows like Gossip Girl and The OC, but neither took heavy drug use and relentless sex as a given for most 17-year-olds. As one Twitter user put, "Euphoria asks an interesting question: what if people in high school were 27 years old."

Euphoria offers a chance to recall the overwhelming sense of drama that being young engulfs you in, while letting you remember those years as a little more exciting and less mundane than they really were.

Perhaps the age warning the show should come with is not just that teens be wary of the heightened violence and sex on display, but that millennials should not swallow Euphoria's luminous Kool-Aid of teenage nostalgia too willingly either.