The Ottawa Occupation and Canada: a Call to Step Up

Millions of Canadians are looking for clear leadership – to build a more united world – in the days and weeks ahead. Let each of us step up and be part of the solution. 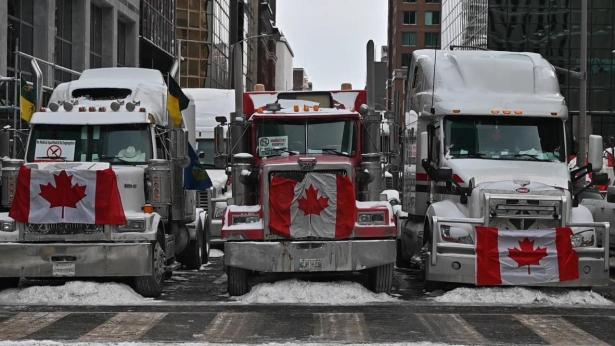 This is a unique moment in Canadian history.

Never in living memory has our nation’s capital city been occupied and disrupted for weeks, with the police and governments paralyzed. Ottawa residents are traumatized, wondering when their communities will be left in peace. Many of us are deeply troubled by what we see in the news every day.

But for others, the convoy movement is about standing up to an uncaring government that they feel is over-reaching and interfering in their lives. In the streets of Ottawa, Edmonton, Quebec or Winnipeg, they see joyful gatherings of “good people” just like themselves waving Canadian flags and freedom signs.

At a recent Toronto protest, I walked through the crowds and looked into a thousand faces. I don’t know if some of these people had been in front of hospitals last year jeering at health care workers. I didn’t see the haters who appeared at City Hall during the height of the anti-Muslim rallies (maybe they were all in Ottawa). Instead, I saw families and lots of young people, including some faces of colour, looking ecstatic because they just took the streets.

“Our streets!” is normally a slogan of the left – at rallies and protests across the world. But it is being appropriated by a far right movement, creating an experience that will shape many people’s world view for the rest of their lives. Yes, there is a hardcore group, including white supremacists, driving the Freedom Convoy movement, but the truth is everyone is fed up with the pandemic, feeling overwhelmed, and we all want it over so we can get on with our lives.

This cannot be wished away. Conservative political leaders have provided crucial validation for the siege, even as it tears their parties apart. In Quebec, it is fostering a new party of the hard right, while the Maverick Party is gaining ground in the prairies. The failure of authorities in Ottawa to deal with the occupation in that city is breathtaking, an obvious double standard of how Indigenous or BIPOC communities are policed.

After blockades and freedom rallies wind down, the organizers will claim victory as health measures and mandates are loosened – with the governments of Saskatchewan and Alberta already leading the way. And new laws will be introduced to restrict any form of protest.

We know the impact of a deeply organized movement powered by divisive populism. The creation of the U.S. Tea Party was directly funded by the Koch billionaires, then ramped up by Steve Bannon to usher Trump into the White House. Across the world, these forces have translated into authoritarianism and an undermining of democratic norms that were won through decades of social justice struggles.

This current of populism – feeding the politics of division – is responsible for tragic setbacks for Indigenous peoples, marginalized communities, women, and all working people, regardless of status. It has countered racial justice and climate justice efforts across Canada and the world, and it’s no accident that funding is gushing in from south of the border.

I have spent time listening to leaders and activists from across this country, and I have learned one thing: we as civil society must step up and provide courageous leadership in this time of crisis.

Unions, racial and climate justice organizations, faith leaders, students, residents’ groups, health care activists – all of us have a role to play to help overcome this polarization, to bridge divides and to focus on crucial issues of  social justice. We need to start organizing at the national and local level – bringing together people from all walks of life to determine strategies that will address the realities of each region of our country.

The time for organizing is now

There is no magic slogan that can turn this around. It’s about deep organizing. We know that public health measures are about saving lives, just as mandatory seatbelt laws save lives. The COVID death rates in the U.S. are far higher than here because individual freedom has been privileged over public health. The convoy flags may tout “freedom,” but our message must be about caring, social solidarity, and creating a future where everyone feels they belong.

Collectively, we have all been through enormous challenges during this pandemic; some more than others. Our challenge today is to respond to this latest threat to our well-being and to disarm this potent movement by drawing people away from them, toward a more hopeful and inclusive movement. It’s not just about denouncing the haters. We need a multi-faceted approach that is sophisticated, intentional, and well-resourced.

Millions of Canadians are looking for clear leadership – to build a more united world – in the days and weeks ahead. Let each of us step up and be part of the solution.

The Council of Canadians / February 2022

The Council of Canadians invites you to a public panel discussion and webinar, to reflect on and make sense of the moment we’re in.

The webinar will feature several speakers (final list TBD), as well as a moderated question and answer period, that address the following themes:

– How do we make sure the government’s pandemic response puts people and communities first, not corporate interests?
– What are the current threats to our public services, including health care, and their workers?
– How have residents of downtown Ottawa been impacted? What have they done to organize and assert their own dignity and safety, and what can we do to support them?
– What concrete steps need to be taken to ensure our democracy is stronger in the face of division, polarization, and hate?

For a full list of speakers, please visit this link.

This piece originally appeared on The Council of Canadians’ website.