Journalists reporting on Russia’s invasion of Ukraine could not help but make comparisons to recent conflicts in the Middle East and Afghanistan. But a painful double standard quickly emerged inside of those comparisons. 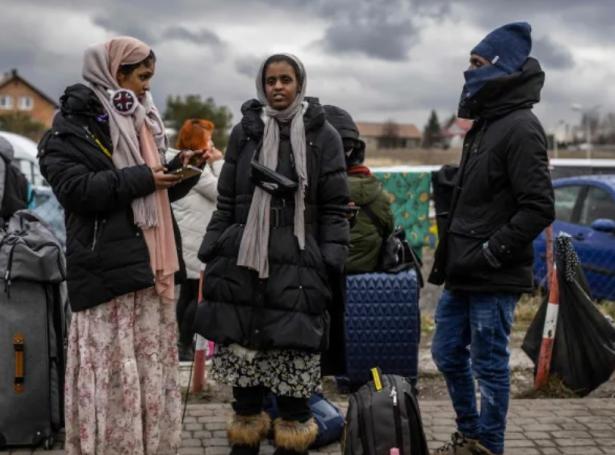 The scenes are gravely familiar to anyone familiar with the 21st century news cycle: families fleeing on foot, swarming border crossings and searching through rubble for loved ones. Journalists reporting on Russia’s invasion of Ukraine could not help but compare the military strikes and resulting humanitarian crisis to recent conflicts in the Middle East and Afghanistan.

But a painful double standard quickly emerged inside of those comparisons.

“This isn’t a place, with all due respect, like Iraq or Afghanistan, that has seen conﬂict raging for decades,” said CBS News correspondent Charlie D’Agata on Sunday. “This is a relatively civilized, relatively European — I have to choose those words carefully too — city, one where you wouldn’t expect that or hope that it’s going to happen.”

D’Agata’s troubling language, in which he seemed to catch himself midsegment, pinpointed much of the emerging bias. In the heat of war, as the international press corps scrambled in real time to wrap their arms around a fast-moving military campaign, a number of correspondents, consciously or not, framed suffering and displacement as acceptable for Arabs, Afghans and others over there — but not here, in Europe, where the people “have blue eyes and blond hair” and where they “look like us.” (And yes, those are actual quotations from news clips.) 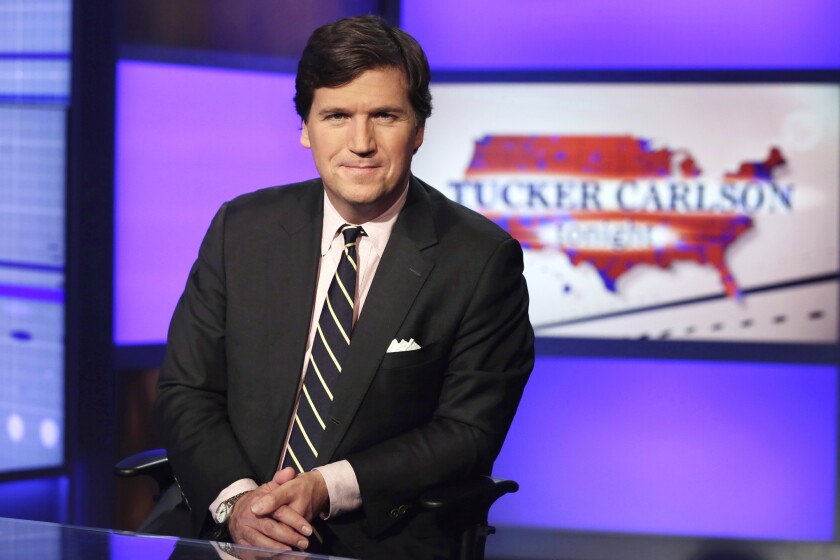 The sentiment has been laid bare again and again in numerous American and European press outlets since the beginning of the invasion last week. “We’re not talking here about Syrians ﬂeeing the bombing of the Syrian regime backed by Putin; we’re talking about Europeans leaving in cars that look like ours to save their lives,” Philippe Corbé of the France-based 24-hour news channel BFM TV said. Tellingly, Europe’s own history of brutal warfare, from one end of the 20th century (World War I) to the other (the 1990s Balkan wars), tended to receive far less attention.

Political commentator Mehdi Hasan made sure the omission didn’t go unnoticed. “Europe has been home to some of the worst wars and worst war crimes in human history — I mean, the Holocaust,” he said on his MSNBC show Sunday. “So why this surprise that bad things are happening in Europe? And second, when they say, ‘Oh, civilized cities’ and, in another clip, ‘Well-dressed people’ and ‘This is not the Third World,’ they really mean white people, don’t they?”

Writers who’d previously addressed conflicts in the Gulf region, often with a focus on geopolitical strategy and employing moral abstractions, appeared to be empathizing for the first time with the plight of civilians. “They seem so like us. That is what makes it so shocking,” wrote Daniel Hannan in a piece for Britain’s the Telegraph. “Ukraine is a European country. Its people watch Netflix and have Instagram accounts, vote in free elections and read uncensored newspapers. War is no longer something visited upon impoverished and remote populations. It can happen to anyone.”

The Arab and Middle Eastern Journalists Assn. sent out a statement on Sunday condemning “the racist implications that any population or country is ‘uncivilized’ or bears economic factors that make it worthy of conflict. This type of commentary reflects the pervasive mentality in Western journalism of normalizing tragedy in parts of the world such as the Middle East, Africa, South Asia, and Latin America. It dehumanizes and renders their experience with war as somehow normal and expected ... civilian casualties and displacement in other countries are equally as abhorrent as they are in Ukraine.”

Even Al Jazeera, a news outlet with headquarters in Doha, Qatar, was not immune to the assumption that war and displacement are to the Arab world what tea and biscuits are to Britain. “These are not obviously refugees looking to get away from areas in the Middle East that are still in a big state of war,” said Al Jazeera English anchor Peter Dobbie. “These are not people trying to get away from areas in North Africa. They look like any European family that you would live next door to.”

The unguarded bias that emerged from reporters covering Ukraine isn’t new. The selling of America’s operation in Afghanistan and invasion of Iraq centered on a narrative of saving the brutes from themselves. Reporters were embedded with American troops as they rolled into Baghdad in 2003 and stuck with them during early coverage of the war. They didn’t witness what Iraqis experienced during the initial stages of “shock and awe” and missed what a modern city the Iraqi capital was before its “liberation.”

I’d like to think this experience would have changed their ideas about the “uncivilized” place or made its people seem more like, well, people. But by the time the fallout from years of war made its way to Europe, in the form of Arab and North African refugees who poured in by the millions, the press had grown tired of covering the war on terror, much less its reverberations. Without a personal connection, that human tragedy was just old news, and the refugees were a “crisis.”

Other stated reasons why the war in Ukraine is the most important in our lifetime may not be as blatantly race-based, but they are certainly as blinkered. More than one professional observer has characterized this as the beginning of a new era, where the meaning of cyber warfare extends to what’s happening on the ground. “This is the first war that will be covered on TikTok by super-empowered individuals armed only with smartphones, so acts of brutality will be documented and broadcast worldwide without any editors or filters,” wrote New York Times columnist Thomas Friedman. “You have never seen this play before.”

But, of course, we have. Victims of the 11-day war bombardment in Gaza caught it all on their phones and posted it on social media. The footage has even been made into a documentary, “So They Knew We Existed” — by none other than the New York Times. Same goes for fighting on the ground in Afghanistan, the fall of Kabul, warfare in Yemen. They push “record” on their phones and “upload,” just like us. Super-empowered.

Policy on the ground in Europe reflected the double standard of some press outlets. As Ukrainians fled the country, crossing the border into neighboring Poland, Bulgaria’s Prime Minister Kiril Petkov said, “These are not the refugees we are used to. They are Europeans, intelligent, educated people, some are IT programmers ... this is not the usual refugee wave of people with an unknown past. No European country is afraid of them.”

As if to illustrate his point, reports began to emerge that African students fleeing Ukraine for the safety of neighboring countries were being denied entry and even had issues accessing transportation to get to the borders.

Unfortunately, in Europe’s newest conflict, at least one age-old problem persists: The limits of empathy in wartime are still too often measured by race.