books The Revolution Will Not Be Tweeted

March 9, 2022 Kit Wilson The Critic
Printer friendly
The Revolution Will Not Be Tweeted Published March 9, 2022 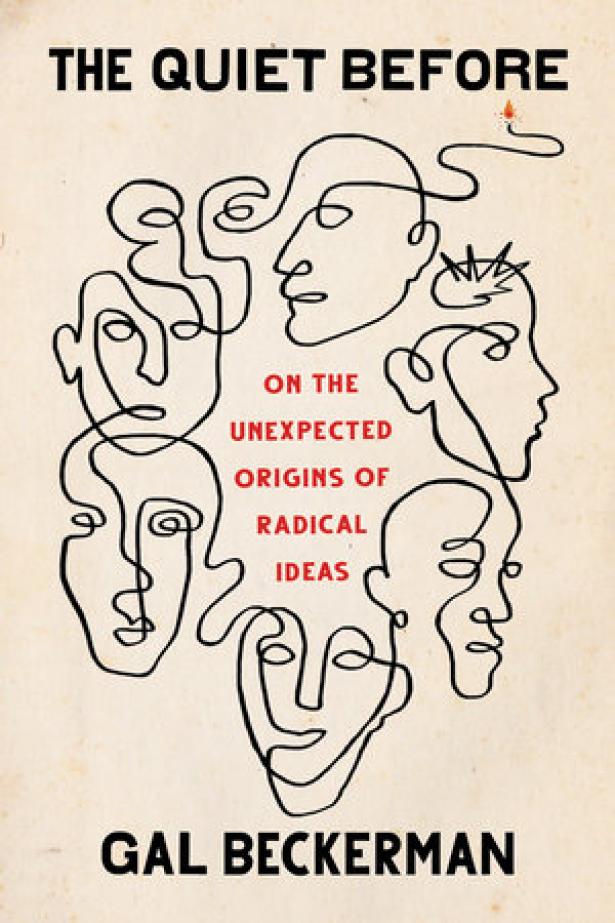 Radical change, as any good historian will tell you, never just comes out of nowhere. Even the most seemingly unexpected shifts in history can, with hindsight, be traced back to specific material, intellectual and political preconditions — even if, often, we only notice the accumulated pile of tinder once it’s finally been set alight.

Why, though, do some moments in history produce no more than a wisp of smoke, while others erupt into revolution? In The Quiet Before: On the Unexpected Origins of Radical Ideas, Gal Beckerman, the Atlantic’s senior books editor, attempts to give an answer. Telling the lesser-known backstories of ten pivotal moments from the last four hundred years, Beckerman pays particular attention to the specific media that were, he believes, in each case crucial to effecting change: chartist petitions in Victorian Britain, anti-colonial newspapers in pre-independent Ghana, samizdat literature in Soviet Russia and the cut-paste-and-photocopy feminist zines of 1990s America.

Beckerman is a deft storyteller, and his anecdotes skip along. We follow the eccentric 17th century astronomer Nicolas-Claude Fabri de Peiresc as he tries to coordinate, months in advance, simultaneous observations of the eclipse around the world in order to calculate the earth’s longitude. We watch as the modernist poet and painter Mina Loy attempts to forge a feminist manifesto from the crucible of the highly misogynistic Futurist movement of the 1910s. And we peek behind the scenes at the private WhatsApp groups and email threads that circulated among panicked doctors as the coronavirus started to spread in early 2020.

Beckerman presents these stories as a warning. In recent years, he believes, we’ve been duped into thinking that the internet, and social media in particular — with its hashtags and emojis — provide us some new, quick shortcut to radical change. As the Arab Spring made painfully clear, this is an illusion. Truly sustainable movements, Beckerman argues, require a period of slow, careful incubation. If we want genuine, lasting change, we’ll need to rediscover or create anew the slower rhythms of older, pre-digital forms of communication.

He’s probably right. But, if so, the emphasis of The Quiet Before seems rather misplaced. The internet, as Beckerman readily acknowledges, has “almost completely annihilated all those other modes of communication”. The point, therefore, surely isn’t to prove that older media were better at inspiring sustainable change — three or four stories in, the reader is already convinced of that — but to explain now how we can replicate their strengths “within the confines of our online lives”.

But after 250 pages of unquestionably compelling history, Beckerman dedicates only eight pages in his epilogue to possible ways forward. This is a shame, because the little kernels he does offer — the American community board, Front Porch Forum, which attempts to deter knee-jerk interactions by bundling comments and only releasing them once a day; Pol.is, a democratic voting site trialled in Taiwan, where users can only comment on policies by proposing options of their own; and the Chinese app WeChat, which only shows users comments from people they actually know — are fascinating.

Another question Beckerman doesn’t really address is how you distinguish between necessary change, and reckless — even destructive — change. After all, as he well knows, not all radical movements are a force for good: Beckerman includes in his stories not just the bloodthirsty Italian Futurists of the early 20th century, but also the tiki torch-wielding white supremacists who marched through Charlottesville, Virginia in 2017.

Indeed, I kept wondering, why the nervous insistence on endless change at all? Sure, no culture can remain static indefinitely. Some of the more recent stories Beckerman relays — most obviously, those concerning police brutality against black Americans — make it painfully clear that there are still very specific, concrete changes we desperately need. But Beckerman’s approach seems more nebulous and utopian, treating change as almost synonymous with progress — and progress as a never-ending project. Unless we can find new ways to incubate radical ideas, he writes, we “risk a future in which the possibility of new realities, of alternative ways to live together in society, will remain just beyond our grasp”. It’s not clear what these “new realities” or “alternative ways to live together in society” would be — nor why they’d be self-evidently necessary.

What’s certain, though, is that Beckerman doesn’t just have in mind normal, natural cultural evolution. In the very first sentence of the book, he defines his subject as “change” of “the kind that topples social norms and uproots orthodoxies”. Surely, though, it’s not the toppling of social norms or the uprooting of orthodoxies, in and of themselves, that matter — but the purposeful reasons for doing so? Surely we’re not aiming for an endless, infinite chain of norms being trumped by norms being trumped by norms — like the game schoolchildren play where they’re all trying to slap their hand on the top of an endlessly rotating column of hands, over and over and over? The real question is less exciting, but ultimately more pertinent: how do we address specific problems that need changing, and with what specific solutions?

Simply as a work of historical reportage, The Quiet Before is an undoubted success. But it buckles somewhat under the weight of Beckerman’s desire for some grander, yet-to-be-articulated moral mission. Perhaps what drives him, quite understandably, is a latent anxiety about what will happen if and when obvious routes for “change” run out — what human civilisation will look like when we no longer have that next big target to aim for. Maybe, in the end, that’s what the modern world’s obsession with “Progress” is really about. Maybe, in an age when all grand narratives appear to be dwindling, and we have nothing else to bind us, we make radical change not just a means, but the very goal of life itself.

Kit Wilson is a London-based writer with bylines in the Spectator, Standpoint, CapX, Arc Digital and Areo.