Who Speaks for the World When Great Powers Flex Their Muscle? 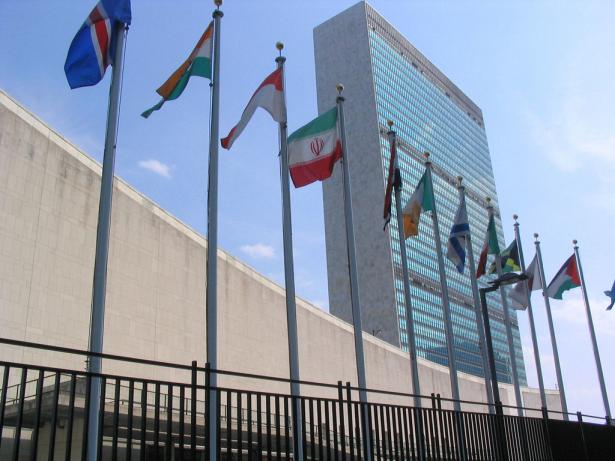 Russia’s brutal war upon the nation of Ukraine should remind us that, for thousands of years, great powers have used their military might to launch military assaults upon smaller, weaker societies.

Today, great power crimes against humanity, often driven by imperial arrogance and ambition, remain a plague upon the world.

Centuries ago, farsighted thinkers began suggesting that wars of aggression could be prevented by establishing a federation of nations to safeguard the peace.  Writers such as Dante Alighieri, Immanuel Kant, Alfred Tennyson, and H.G. Wells promoted the idea of moving beyond individual nation-states to create a government representing all of humanity.

By the twentieth century, even officials of national governments began to take this idea seriously, particularly after the vast slaughter of World Wars I and II exposed the terrible consequences of international conflict and great power imperialism.  The result was the formation of the League of Nations and, when this international confederation proved too weak to cope with the world crisis of the 1930s and early 1940s, the United Nations.

Launched in 1945 with the primary goal of saving future generations from “the scourge of war,” the United Nations moved the world closer to a peaceful, governed planet.  The signers of its Charter agreed to “refrain in their international relations from the threat or use of force against the territorial integrity or political independence of any state.”  Its General Assembly provided a forum for discussion of global issues by all nations, large and small.  Its Committee on Decolonization supervised the end of colonialism across vast swathes of the globe.

Even so, despite these concessions to civilized norms, the great powers were not willing to give up their traditional dominance of world affairs.  Structurally, this was expressed through the UN Security Council, with five imperial powers being granted permanent membership and veto power.  Behaviorally, it was expressed by their powerful armies, by their wars of aggression against smaller nations, by their development of nuclear weapons, and by their insistence upon their right to retain and use them.  Again and again, their rulers showed that they really did think that they had the right to run the world.

At the moment, the United Nations is the major governmental structure that transcends the desires of a particular nation’s rulers and acts in support of all humanity.  When it comes to peace, climate change, world health, women’s rights, refugee resettlement, the eradication of poverty, and a host of other issues, the United Nations invariably defends the interests of the entire world.  Given this vital role on a planet still riven by the belligerence of rogue nations, hasn’t the time arrived to strengthen it?

Some of the ways to strengthen the United Nations have been evident for years.

One of the most obvious is to remove the permanent membership and the veto power of the great powers in the UN Security Council.  There is no logical reason for them to have these privileges.  Furthermore, they have often abused them.

Another is to create a UN Parliamentary Assembly, with elected delegates from throughout the world.  Such an assembly would enhance the world organization’s democratic and participatory character by adding an entity chosen by people, rather than by governments.

Yet another is to give the United Nations power to levy taxes to cover its expenses.  A UN tax on currency speculation (the “Tobin tax”), for example, would end the organization’s impoverishment, free it from the need to beg for emergency funds from the great powers, and enable it to adequately fund vital global programs.

In addition, the United Nations could develop a standing rapid military deployment force, available to contain violent crises before they become full-scale wars and humanitarian disasters. Meanwhile, the great powers could be disarmed down to the level of domestic policing.  This reduction in their military might would do a great deal to reduce their imperialist tendencies.

These kinds of UN reforms are based on the principle that no single country or small group of countries adequately represents the world and its multiplicity of peoples.  The world can―and should―speak for itself.

Dr. Lawrence S. Wittner is Professor of History Emeritus at SUNY/Albany and the author of Confronting the Bomb (Stanford University Press).