From France, an Unexpected Call for a Ceiling on CEO Pay

A nod in the direction of a ceiling on CEO pay has just come from an unlikely source: the two finalists in the 2022 French presidential election. 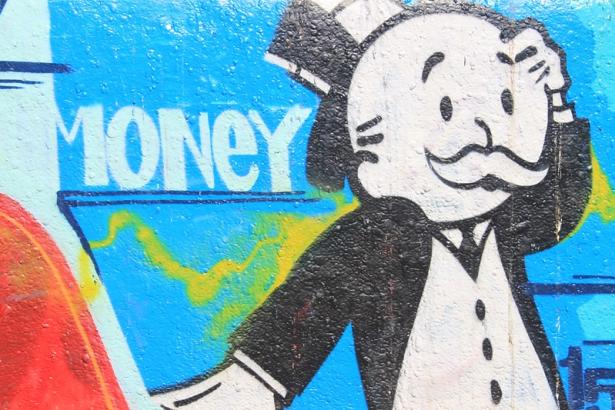 A nod in that ceiling direction has just come from an unlikely source: the two finalists in the 2022 French presidential election.

Neither of these two candidates, the incumbent French president Emmanuel Macron and his far-right challenger Marine Le Pen, have historically evinced much interest in wage justice. But last week, in the final days of their electoral face-off, both Macron and Le Pen raged when news reports revealed that the CEO of France’s largest automaker had pocketed the equivalent of a sweet $20.6 million last year.

“At some stage we have to lay out ceilings and bring in a governance structure at the European level that makes things acceptable,” the former investment banker intoned. “Otherwise, at one point society will explode.”

In contemporary France, an outlay of $20 million for a year of CEO labor clearly still has the power to shock. On this side of the Atlantic, by contrast, annual compensation for chief execs far above $20 million has become par for the corporate course.

Just how outrageously high does executive compensation in the United States now reach? We won’t have a complete rundown of last year’s CEO pay figures until later this spring. But we do have some preliminary figures. Equilar, the corporate data firm, has just released its annual look at executive compensation at the 100 largest U.S. firms that have released their CEO pay totals by March 31.

The generosity of Apple’s board of directors, to be sure, does extend beyond CEO Cook. In 2021, four other Apple execs walked off with at least $26 million in compensation.

And what about the rest of Apple’s 150,000-plus employees? Apple’s median — most typical —  employee last year earned $68,254. Tim Cook’s $98.7 million outpaced that median employee pay by 1,447 times. Each week last year, in other words, Cook inhaled 28 times more in compensation than Apple’s most typical employee earned for an entire year’s labor.

Overall, CEOs on this year’s Equilar 100 list pulled down 254 times more compensation than their most typical workers. In less than one day of labor, in effect, these execs made more than their workers earned over the course of the entire year.

As You Sow, a California-based shareholder advocacy group, has also just released a CEO pay top 100, this one focused on the nation’s 100 most “overpaid” execs in 2020, the most recent year with complete CEO pay numbers available. Paycom Software CEO Chad Richison tops this As You Sow list. He grabbed $211.1 million in 2020, some 2,963 times what the typical Paycom worker pocketed.

Researchers at the Economic Policy Institute have been working for years to contextualize ratio numbers like these. Back in 1965, EPI calculates, CEOs at America’s top 350 corporations realized just 21.1 times more compensation than typical U.S. workers. By a generation later, in 1990, that multiple had tripled, but still sat at “only” 61.4 times. We’ve come another corporate compensation generation since then. The CEO-worker pay divide that EPI charts for 2020: a 351.1-to-1 differential.

EPI released that 351.1 figure last August. This past week, EPI researchers joined with Harvard University’s Shift Project to dramatically detail how little many of America’s most generous corporations — to chief execs — are paying their core workers.

At Walmart, where the current CEO somehow manages to get by with just $34.3 million in annual pay, 51 percent of the workforce makes under $15 an hour, with 14 percent earning under $12 an hour. At Starbucks, nearly two-thirds of workers — 63 percent — pocket below $15 an hour. At Dollar General and McDonald’s, nearly one of every four workers makes less than $10.

We now have, thanks to research like this, more info than ever on the breadth of the pay gaps that divide our workers and top execs. What we can we do with all this new knowledge? We can start placing consequences on it. And that process has already begun.

In Oregon, the city of Portland has had a pay-ratio tax on the books for the past six years. Companies doing business in Portland that have CEO-to-median-worker pay ratios higher than 100-to-1 pay a 10 percent surtax on the city’s annual business license tax. Ratios over 250-to-1 elevate that surtax to 25 percent. In 2019, the last pre-pandemic year, Portland’s pay-ratio surtax raised nearly $5 million.

Voters in San Francisco established a similar pay-ratio levy in 2020. This Bay Area tax kicks in on companies with top execs making over 100 times the median pay of their local workers. Corporations with ratios over 600-to-1 can pay up to 2.4 percent of their payroll in tax. In 2022, city officials estimate, this pay-ratio levy could add as much as $140 million to San Francisco’s general fund.

Various federal proposals follow the same pattern, most notably the Tax Excessive CEO Pay Act introduced last year. This legislation places escalating tax-rate hikes on corporations with pay gaps wider than 50-to-1. If this legislation had been law in 2020, Walmart would have faced an additional $859 million in taxes.

Elsewhere in the world, progressive political leaders have picked up on a broader income-cap proposal that President Franklin Roosevelt put before Congress in 1942. FDR called back then for a 100 percent tax on individual income over $25,000, just over $440,000 in today’s dollars.

FDR didn’t get his 100 percent top rate, but Congress did place a 94 percent top rate on income over $200,000. That top tax rate would hover around 90 percent until the mid-1960s, years that saw the United States give birth to the first mass middle class in world history.

Five years ago, in the 2017 French presidential election, the veteran radical pol Jean-Luc Mélenchon fell just shy of reaching the voting’s final round. His signature proposal: an FDR-like 100 percent tax rate on income over 400,000 euros, then the equivalent of about $430,000. In this year’s French presidential election, Mélenchon once again fell just short of making the final pairing. He ran this time on a platform that called for limiting a corporation’s maximum pay to 20 times its lowest.

Emmanuel Macron’s nod to the notion of a ceiling on executive pay, in the campaigning since the presidential voting’s first round, no doubt reflects Macron’s bid for the support of voters who opted for Mélenchon in the initial balloting. No independent French political observers seriously believe that Macron will actually advance anything close to Mélenchon’s income cap.

But Macron, if he does face some legislative prodding, might well move forward with less ambitious proposals for taming runaway CEO compensation. He might, for instance, back measures that link corporate tax rates or government contracting decisions to CEO-worker pay ratios. And any progress on this pay ratio-related front, no matter how modest, would help ever more people better understand that no force of nature leaves some of us enormously richer than others. The level of inequality that surrounds us has been and always will be a human construct.

We can choose to be more equal. Struggles around pay ratios can help make these choices much plainer.

Sam Pizzigati writes on inequality for the Institute for Policy Studies. His latest book: The Case for a Maximum Wage (Polity). Among his other books on maldistributed income and wealth: The Rich Don’t Always Win: The Forgotten Triumph over Plutocracy that Created the American Middle Class, 1900-1970  (Seven Stories Press).