Summit of the Americas in L.A. Next Month

Mexican president is unlikely to attend.

May 28, 2022 Tracy Wilkinson, Cecilia Sanchez L.A.Times
Printer friendly
Summit of the Americas in L.A. Next Month Published May 28, 2022 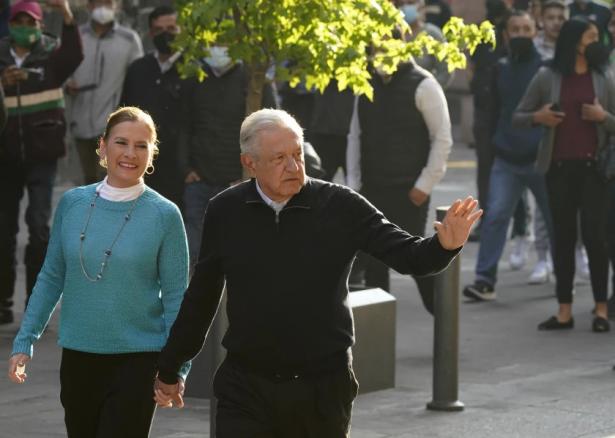 Despite a major U.S. lobbying effort, the president of Mexico hinted strongly on Friday that he will not attend a high-stakes regional summit next month in Los Angeles because the Biden administration refuses to invite a trio of leftist governments.

Mexico is arguably the most important Latin American participant in the upcoming Summit of the Americas, which administration officials have said will include a special focus on immigration. It starts June 6.

In his daily marathon press conference, President Andrés Manuel López Obrador said he was still awaiting a response from President Biden or the U.S. State Department to his demand that all countries in the Western Hemisphere be invited.

Every host nation for the summit, which occurs every three or four years, has discretion in drawing up the guest list, and most if not all countries are routinely included. This is the first time the summit is taking place in the U.S. since its 1994 inaugural session in Miami.

Administration officials have made it clear they will not invite Venezuela or Nicaragua, because those countries’ authoritarian leaders do not represent the model of democracy Washington and others in the region seek to promote.

U.S. officials also said initially they would not invite Cuba, then suggested they might welcome a “low level” delegation from Havana. A diminished status did not appeal to Cuban officials, however, and President Miguel Díaz-Canel said earlier this week he will not attend.

Cuba was present at the last two Summits of the Americas, in Panama and Peru. In Panama in 2015, then-President Obama famously shook hands with then-President Raul Castro, the first such contact between the Cold War enemies in decades. Months later, Washington and Havana opened diplomatic ties and began a warming of trade and travel relations not seen for half a century. The opening was frozen by President Trump and has only haltingly and in minor ways been renewed by Biden, despite his promises as a presidential candidate.

López Obrador, a consummate showman, deliberately did not commit in his remarks Friday morning but ultimately made clear he would not attend if Cuba, Venezuela and Nicaragua were not invited. Instead, he would send a delegate, most likely his more-U.S.-friendly foreign secretary, Marcelo Ebrard.

“We are going to wait to see what they [U.S. officials] decide, but regardless, Mexico will participate,” the president said. “It’s just that I will not attend if all countries are not invited.”

López Obrador, a leftist populist who himself has started displaying certain authoritarian tendencies, also suggested the summit be used to find a replacement for the Organization of American States, the largest regional body that some see as being pro-United States. He proposed a new body that represents all countries equally and is not an “appendage” of the great powers.

As things stand, he said, the OAS, with headquarters in Washington, is “a joke, a humiliation.”

Biden’s special envoy for the summit, former Connecticut Sen. Chris Dodd, spoke to López Obrador extensively earlier this month after he first threatened to boycott the weeklong conference, and the U.S. ambassador to Mexico, Ken Salazar, has been seen entering the presidential palace in Mexico City several times over the last week.

Dodd was in Buenos Aires this week, attempting to prevent any boycott from spreading to other countries. The assistant secretary of State for the Western Hemisphere, Brian Nichols, is in the Caribbean this week, where several nations also said they were going to stay home from the summit in protest.

And on Friday, a group of Democratic members of Congress released a letter in which they told Biden it was a mistake to leave countries off the guest list.

“While we may not support many of the actions taken by the governments of Cuba, Nicaragua and Venezuela, we believe that a policy of engagement will yield more fruitful results than a continued policy of isolation,” the letter said.

The group warned that the controversy threatens Biden’s broader policy goals in the region, including slowing illegal immigration and improving health and development in the hemisphere’s 34 nations.

White House Press Secretary Karine Jean-Pierre and State Department spokesperson Ned Price have refused to publicly detail the status of invitations to the summit, saying initial “tranches” of invites have gone out.

López Obrador, who generally shuns international conferences, said in his remarks Friday that he wasn’t trying to be “confrontational.”

“President Biden is respectful, he always speaks to me about respect, sovereignty and believes we should treat each other as equals,” López Obrador said, but added: “Now is not the time to exclude anyone.”