A Real Jubilee: A Mass Write-Off of Debts

Queen Elizabeth is celebrating her Platinum Jubilee of 70 years on the throne. Even before cost of living crisis, the poor owed the government – or, the Crown – £16bn. Why not just write it off? 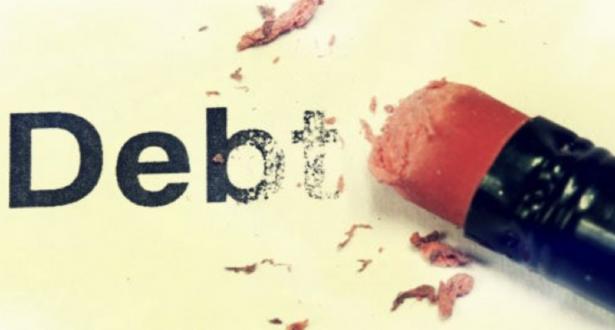 As the Queen’s Chaplain herself reminded us on Radio 4’s ‘Thought for the Day’ this week, the word ‘jubilee’ isn’t just another term for an anniversary, monarchical or otherwise, nor a byword for bunting.

The biblical ‘jubilee’ was the blast of a trumpet, every 50 years, that heralded the write-off of everyone’s debts.

This “radical and counter-cultural” measure, the Venerable Liz Adekunle told listeners, brought “reconciliation” and a “clean slate”. She urged us to ensure “that amidst all the partying”, we “get a chance to remember the original meaning of jubilee”.

But what if we did more than just remember?

As American anthropologist David Graeber set out in his magisterial ‘Debt: The First 5000 Years’, most pre-capitalist societies practised periodic mass debt write-offs, as a way of preventing a level of indebtedness and inequality that damaged society.

“Forgive us our debts, as we forgive those who debt against us,” went the Lord’s Prayer, at least until proto-capitalists got their hands on it in the 16th century, and, particularly in England, changed ‘debts’ to ‘trespasses’ and later to ‘sins’.

While the biblical codes made clear that it was personal, not business, debt that needed to be written off, we now live in a strange inversion. As Joe Cox, of Debt Justice (formerly the Jubilee Debt Campaign), told me: “Billionaires and businesses use insolvency and a variety of other practices to get huge amounts of debt written off, and it’s ordinary people who are the ones that believe and are told that they should pay their debts”.

Even before the pandemic and the cost of living crisis, much of the UK’s household debt was already simply unpayable, with more than 420,000 people in England considering suicide while in problem debt each year, and 100,000 actually attempting it.

The most distressing debts of all, according to Christians Against Poverty (CAP), are those owed to the government, for things like council tax arrears, benefit advances and sanctions and tax credit overpayments – many of them very old. The charity found 93% of its clients with these kinds of debts had sleepless nights, 74% were scared to open the door, and 49% were scared to leave the house.

The amount owed in such debts has climbed steadily in the decade since the financial crisis – reaching more than £16bn, according to a 2020 parliamentary report. More recent figures show there are £4.4bn of council tax arrears, £8.4bn of benefit ‘overpayments’, and £5.2bn of tax credit overpayments to be repaid.

These debts – along with other ‘priority debts’, such as rent and energy debts – can be deducted straight from benefits, taking up to a quarter of an already inadequate payment for reasons that are often unclear to the person receiving it, or from their low wages.

It’s no surprise that debts owed to public bodies now make up around 40% of the Citizens Advice Bureau’s debt caseload, up from 20% a decade ago.

CAP highlights the case of Beth, a care worker with £21,000 of debt, including £7,200 from an Income Support overpayment 20 years ago. The age of the debt meant that when she was ordered to pay, she had no idea whether it was correct, or how to appeal. Such tales are not uncommon. The Child Poverty Action Group has calculated that nearly two million children live in households where debt repayments are being taken from Universal Credit for historic tax credit muddles, more recent benefit advances, and similar.

Even the right-wing think tank, the Centre for Social Justice, has suggested writing off tax credit debts that are more than three years old, arguing that trying to claw it back “isn’t efficient or effective”. But in the past few years, the government has done the opposite: launching a drive to trawl through records dating back to 2003.

Two-thirds (64%) of people with government-owed debts live below the poverty line, according to CAP, meaning they are significantly poorer than those who approach the charity for help only with consumer credit debt.

These are debts born overwhelmingly by the poorest, and owed to the government – in other words, to the Crown. Why not just write it all off?

“Looking at debt to government would be a very good way to go just to relieve some of that pressure on lower-income households,” Cox said.

The government – the Crown – could lead the way in doing so from its own departments, and also use the central purse to reimburse local authorities owed money for council tax, rent and social care arrears.

Those against debt write-off will cry ‘moral hazard’ and claim ‘forgiving us our debts’ would simply encourage future reckless behaviour, with people sliding back into debt.

But those behind on the payment of daily essentials aren’t failing morally, and they aren’t ‘sinners’. They’ve been let down by chaotic systems that generated overpayments through no fault of their own, or by Universal Credit, with its incredibly tight sanctions for missed appointments, which effectively turn payments into a loan that has to be repaid.

It’s not greed that’s got these people into debt with the government – it’s benefits and benefit eligibility that are deliberately set at levels that are amongst the meanest in the developed world. This is immiserating a whole class who, even if their household works all the hours God sends, increasingly can’t earn enough to live on in our globalised, post-industrial, low wage, stagnant economy.

The way to avoid a ‘moral hazard’ and stop people sliding back into debt, post-debt jubilee, is to mend the tattered safety net.

Even before energy bills started to soar last autumn, nearly four million low-income households were in debt on their bills, with 1.4 million in council tax arrears, the same number in debt to their energy provider, and almost a million in rent arrears. This is triple the number of households that were behind on payments before the pandemic took its toll.

Some might claim that returning £16bn or so to the pockets of the country’s poorest would only stoke inflation – but even the head of the Bank of England has acknowledged it’s soaring commodity prices and other supply shocks, not excess money, that are responsible for 80% of the UK’s inflation overshoot.

If you’re managing but your neighbour is so stressed about debt they can’t leave the house, are you happy?

The other argument against a modern-day debt jubilee is that of ‘negative solidarity’. This is the claim that it would be unfair on those who have scrimped to avoid debt, forgoing even the tiniest treats or going hungry to avoid ever falling behind on essential bills.

But the principle of the biblical jubilee is that – as the authors of ‘The Spirit Level’ powerfully showed – happiness and justice isn’t just an individual matter, but a community one. If you’re managing but your neighbour is so stressed about debt they can’t leave the house, are you happy? If you don’t owe anyone anything, but your high street is boarded up and your kid has lost their job because no one in your community can spare a couple of quid for the odd treat, what then?

The residents of Warrington, Wigan, Swansea and Sunderland owe 20% of their average income in debts – three times more than the residents of wealthy cities like Oxford and Cambridge. Much of what is owed isn’t due to the policy of this government, but the tax credit debacles of previous ones. They could write it off and call it ‘levelling up’.

If we really want communities to come together and unite, we need to cancel the debts that weigh so heavily on the very poorest.

Now – wouldn’t that be a good excuse for a street party?

openDemocracy is an independent international media platform. We produce high-quality journalism which challenges power, inspires change and builds leadership among groups underrepresented in the media. Headquartered in London, we have team members across four continents.

Get a free Daily Email from Open Democracy