Jan 6 Was an Attempted Coup D’Etat

Using the Cline Center’s Coup D’état Project definitions, we classify the storming of the US Capitol Building on January 6, 2021 as an attempted coup d’état: an organized, illegal attempt to intervene in the presidential transition by displacing the power of the Congress to certify the election. 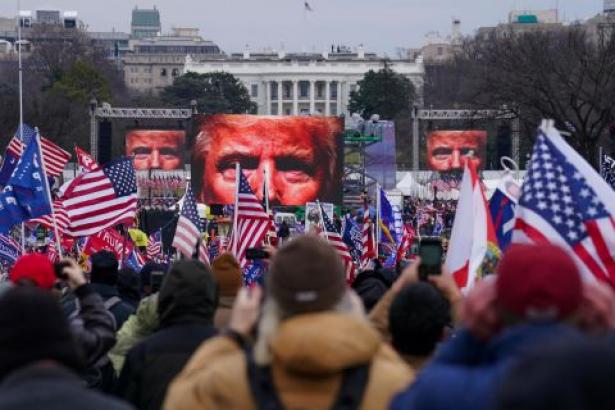 The Cline Center’s Coup D’état Project has categorized the storming of the US Capitol Building on January 6, 2021  as an attempted coup.

Labels matter when it comes to political violence, because each type has distinctive consequences and implications for societal stability. Coups and attempted coups are among the most politically consequential forms of destabilizing events tracked by the Cline Center.

Two days after the storming of the Capitol, the Cline Center released a provisional statement describing the categories of political violence that might be used to characterize the event. At that time, evidence relevant to two of the five Coup D’état Project event criteria was ambiguous. Over the past two weeks, new evidence reported in multiple news sources, including court documents and first-hand accounts, has clarified what happened on January 6th.

The Cline Center’s  Coup D’état Project is the world’s largest global registry of failed and successful coups.  The Cline Center defines a coup as an “organized effort to effect sudden and irregular (e.g., illegal or extra-legal) removal of the incumbent executive authority of a national government, or to displace the authority of the highest levels of one or more branches of government.” To be categorized as a coup, an event must meet  the following criteria (which are detailed at greater length in the  Coup D’état Project codebook):

These events fall into three categories. Coups that are planned but thwarted before action is taken are coup conspiracies. Once action is taken against a target, it may fail, in which case it is an attempted coup. If the authority of a target is seized, or removed, it is a successful coup.

Some social scientists define coups d’état in ways that require the perpetrators to hold formal positions within the existing national government. We do not. In the Cline Center’s approach, the relationship between the perpetrators and the government only determines the type of coup.  Coup D'état Project data includes events initiated from both within and outside the government. Other researchers might classify efforts to overthrow a government by non-governmental actors as insurgencies or civil conflict events rather than coups. We allow data users to decide whether the broader or narrower definition is appropriate for their purposes.

As explained in the Cline Center’s provisional statement, the storming of the US Capitol on January 6th clearly met the first three definitional criteria: one or more persons posed a credible threat to the power of the legislative branch to determine national policy. However, it was unclear at that time whether the attackers were trying to merely disrupt the process of governing or were attempting to change who controls the government. It was also unclear whether the assault on the Capitol was spontaneous, or had been organized in advance.

Over the past few weeks, Cline Center researchers have reviewed voluminous reporting about the event, including official documents, quotes from participants, and analysis of details in videos and images. This additional evidence clearly demonstrates that the two remaining criteria were met.

One or More Groups Planned to Storm the US Capitol

The fifth criterion for categorizing coups excludes purely spontaneous acts that are not intentionally organized in advance. It is clear that those assembled on January 6th possessed a variety of motives and expectations. Those  who stormed the US Capitol Building—as well as those who merely joined in the peaceful protests that preceded it—included a diverse mix of groups and unaffiliated individuals. But one or more of the groups within the ranks of those who entered the Capitol Building had carefully planned, equipped, and organized themselves for violent action.

The “Save America March” rally that immediately preceded the attack on the US Capitol Building was thematically focused on changing the outcome of the 2020 US Presidential election. That alone does not mean the people who stormed the building intended any more than temporarily disrupting the normal operations of the US Congress. Cline Center researchers paid careful attention to evidence that might clarify the intentions of those involved in assaulting the US Capitol Building.

Our team has concluded from publicly-available reporting that one or more groups attempted to intervene in the presidential transition in order to extend President Trump’s time in office past the constitutionally-imposed limit of January 20, 2021. Ample evidence demonstrates that one or more groups within the ranks of those who illegally entered the Capitol intended to usurp congressional authority to certify the election, arrogating control of the transition to themselves or to the executive branch. This would change who controls the federal government, rather than merely disrupt the process of governing.

What Type of Coup Attempt Was It?

If a failed act of insurrection was planned, organized, and implemented in such a way that it posed a short-term credible threat to overthrow the legitimate authority of a policy-making branch of national government, it is an attempted coup d’état under Cline Center definitions. But which type of attempted coup it might be depends on its circumstances and initiators. At the time of this writing, the groups and individuals known to have organized and planned this coup attempt fall clearly into the category of “dissidents.” In the Cline Center typology, a dissident coup is initiated by a small group of discontents that can include former government officials, religious leaders, business owners, or civilians.

If ongoing investigations by legal authorities and news organizations reveal credible evidence that other types of actors were involved, then it might also fall into one or more additional categories of  coup d’état. For example, if further investigation were to reveal clear evidence of executive branch involvement, then the events of January 6 would also be considered an attempted auto-coup. Under Cline Center definitions, an auto-coup occurs when “the incumbent chief executive uses illegal or extra-legal means to assume extraordinary powers, seize the power of other branches of government, or render powerless other components of the government such as the legislature or judiciary.” The Coup D’état Project codebook contains more detailed definitions of the various types of coups in the dataset. Cline Center researchers will continue to assess whether any additional coup categories should be applied to this event.

Using Cline Center definitions, the storming of the US Capitol Building on January 6, 2021 was an attempted coup d’état. At the time of this writing, the Cline Center’s Coup D’état Project classifies the type of attempt as a dissident coup. Additional classifications regarding the type of coup attempt are possible if additional details are uncovered.

About the Cline Center and the Coup D’état Project

The Cline Center for Advanced Social Research is a nonpartisan research center at the University of Illinois Urbana-Champaign with over a decade of experience in systematically categorizing acts of protest and political violence around the world. Since its initial public release in 2013, the Cline Center’s Coup D’état Project has aimed to document every coup, attempted coup, and coup conspiracy anywhere in the world since 1945. Version 2.0 of the dataset encompasses 943 events, including 426 realized coups, 336 attempts, and 181 conspiracies that occurred between 1945 and 2019.  It is the largest global registry of these destabilizing events.

To build these data, Cline Center researchers began with the excellent work of other scholars, including  the Center for Systemic Peace (Marshall and Marshall, 2007), the World Handbook of Political and Social Indicators (Taylor and Jodice, 1983), Luttwak’s (1979) Coup d’État: a Practical Handbook, Powell and Thyne (2011), and unpublished datasets compiled by Svolik and Akcinaroglu (2006). The Coup D’état Project team refined and then expanded on existing datasets using the Cline Center Global News Index, events from the Social, Political, and Economic Event Database (SPEED) Project, and other open-access resources. For more details, see the Coup D’état Project codebook.