Rebuilding France’s Left Is Also About Putting Workers in Parliament

France Insoumise wants to change the face of parliament — including by turning hotel cleaners and bus drivers into MPs. Building a left rooted in the working class also means ensuring our parties aren’t just represented by professional politicians. 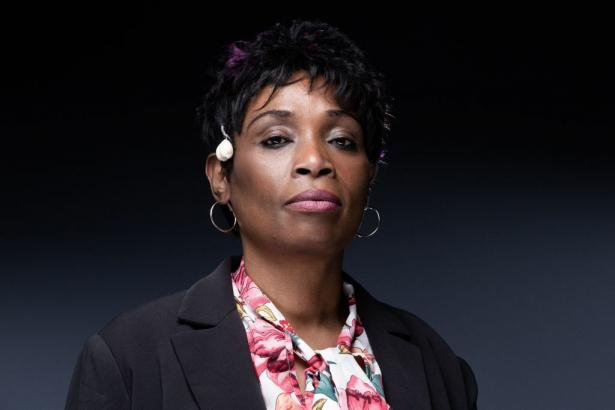 NUPES candidate Rachel Keke, a hotel worker who successfully led the longest strike in the history of the French hotel industry, seeks to represent Val-de-Marne in parliament., JOEL SAGET/AFP via Getty Images

The last month has marked a turning point in the French left’s history. After years of infighting, in May, the Greens, Socialists, and Communists joined forces with France Insoumise to form the Nouvelle Union Populaire écologique et sociale (NUPES). Thanks to this unprecedented agreement, these forces will be running joint candidates in each constituency in the parliamentary elections slated for June 12 and 19. In just days, NUPES debunked pundits’ oft-repeated claim that different left-wing movements were irreconcilable. More than that, it showed the possibility of the Left uniting behind a bold and ambitious agenda, largely based on France Insoumise leader Jean-Luc Mélenchon’s presidential campaign.

With NUPES polling neck and neck with neoliberal president Emmanuel Macron’s Ensemble vehicle ahead of the first round today, the establishment has resorted to fearmongering to try to discredit the newly formed coalition. In scenes reminiscent of the US political establishment’s reaction to the rise of Bernie Sanders, former prime minister and Macron supporter Manuel Valls decried the coalition as “against police and security [as well as] economic growth and jobs” while pro-Macron MP Aurore Bergé warned of “an economic implosion” if NUPES triumphed.

NUPES faces such demonization because it threatens to upend a status quo that has long only benefited elites. With measures like lowering the retirement age to sixty, increasing the monthly minimum wage to €1400, implementing price freezes for basic necessities, constitutionalizing certain environmental principles, and replacing the current presidentialist Fifth Republic, NUPES’ proposals are as far-reaching as they are ambitious. Altogether, they lay the groundwork for a major social, economic, environmental, and democratic shift if NUPES succeeds in winning a majority in the National Assembly.

However, NUPES does not simply hold the promise of an ideological rupture. By nominating many candidates from civil society and working-class backgrounds, it also offers the possibility of making the National Assembly more representative again. Historically dominated by white, upper-class, and white-collar men, the parliament continues to be plagued by the underrepresentation of women, ethnic minorities, and working-class France in general. The landslide victory for Emmanuel Macron’s La République en Marche (LREM) vehicle in the 2017 legislative elections, branded as an unprecedented renewal of the National Assembly, did little to change this, even if parliament turned out somewhat younger and more female. People from ethnic minorities represented a mere 6 percent of MPs and, for the first time since the Fifth Republic was created, in 1958, the presence of blue-collar workers in the National Assembly fell to zero. In parallel, the share of MPs from upper-income backgrounds continued its inexorable rise, reaching 68 percent — a 15 point increase from five years earlier.

This trend is the logical consequence of a growing rift between the working class and political parties. “The French Communist Party at the time, through its local organization and structure, managed to have people who entered the Communist Party, who were trained in the Communist Party, and who learned how to become party officials of the Communist Party,” explained a member of the France Insoumise’s legislative campaign team. The decline of the Communist Party and of other workers’ parties, coupled with their bureaucratization and professionalization, saw blue-collar France disappear from electoral politics. NUPES offers the possibility of a genuine renewal of the National Assembly. Rachel Keke, Noé Petit, Youenn Le Flao, and Cédric Briolais are the faces of this changing political landscape.

From Pickets to Parliament

For each of them, running for Parliament as NUPES candidates marks the continuation of labor, social, and environmental fights they’ve waged. For instance, Rachel Keke, a chambermaid, successfully led the longest strike in the history of the French hotel industry in a struggle against Accor and its subcontractor. Similarly, Cédric Briolais, a bus driver, went on strike for fifty days to protest Macron’s reform of the pension system. In addition to working as a mailman, Youenn Le Flao is a coordinator of alter-globalist organization Attac’s local chapter and a union official. Noé Petit, a high school student, led the fight against land artificialization as copresident of À Bas le Béton. Altogether, these candidacies reflect a broader movement within left-wing forces. With the NUPES, the political, associative, and labor spheres, once hermetic and parochial, are becoming increasingly permeable and intertwined.

Feelings of political alienation played a key role in pushing these NUPES candidates to run for parliament. Candidate and bus driver Briolais explained that his alienation from the professional political class fueled his desire to enter the electoral arena. Similarly, Rachel Keke pointed to the indifference of the government to the strike she led alongside her chambermaid colleagues as one of the reasons why she decided to launch her campaign. She recalls how then secretary of state for gender equality Marlène Schiappa refused to intervene in support of the strikers, despite the gendered dimension of chambermaids’ exploitation. “She told us it was a private conflict and that she therefore couldn’t intervene,” Keke bitterly tells me.

Frustrated by the inaction of politicians in the face of mounting ecological disasters, Petit decided to run for parliament at the age of eighteen. “I’m young,” he concedes, “but I don’t want to wait twenty years to get into politics because in twenty years, it will be too late.” The nomination of members of the gilets jaunes movement — a movement composed in vast part of individuals who felt abandoned by public authorities — constitutes further proof of NUPES’ commitment to including those marginalized from French society.

By virtue of their status as chambermaids, mailmen, students, and bus drivers, these NUPES candidates experienced the deficiencies of the established public authorities’ firsthand — and bear intimate knowledge on the issues confronting French society. As a bus driver, Briolais witnessed the deterioration of public services and the ways in which decades of negligence and cost-minimizing strategies by public authorities led to this situation. “Liberalism began to be increasingly present and oppressive,” recalled Briolais, resulting in worsening working conditions. After five years of nominally socialist president François Hollande followed by five years of Macron — presidencies each characterized by major labor-rights regressions — Le Flao noted a major worsening of his conditions as a postman. “A dwindling interest in the human aspect in the organization of work” and “​​colleagues that are increasingly unwell,” he explained, characterized his past few years working for France’s state-owned postal service company. Similarly, Keke experienced firsthand the ravages caused by the increasingly widespread use of outsourcing. Deeply aware of the consequences of a lack of government action on the topic, if elected to the National Assembly, she pledges to address the lax legislation that enabled her and her colleagues’ exploitation.

Yet the broader picture indicates that problems of representation remain. As diverse as a significant part of the NUPES candidates are, one can hardly mention the stories of these candidates from civil-society and working-class backgrounds without evoking the fate of many of their less fortunate peers who remain in the margins of institutional politics. Taking a predominant place in NUPES, France Insoumise, with candidates representing the alliance in 60 percent of the constituencies, has historically relied on the electoral support of low-income neighborhoods. Yet their difficulties integrating inhabitants of these neighborhoods into their movement — especially in high-ranking positions — has been the subject of long-standing criticism. The alliance between France Insoumise and other left-wing parties exacerbated these problems of inclusivity. “The coalition put forward members of the political apparatus,” lamented a party official from France Insoumise familiar with the backstage of the negotiations.

The national agreement provided for a single candidate in each electoral district, meaning that many who were already nominated by their party would have to step down. During the negotiations, the Greens, the Communists, the Socialists, and France Insoumise demanded that their respective high-profile party officials be nominated in their chosen constituencies. Ultimately, the national agreement reached between the left-wing parties resulted in many influential party figures being nominated at the expense of candidates from low-income neighborhoods or from civil society. For example, NUPES nominated Julien Bayou, national secretary of the Green Party, as the coalition’s candidate in the Fifteenth Electoral District of Paris at the expense of putative France Insoumise candidate and emergency-room doctor Christophe Prudhomme. In another instance, France Insoumise candidate Djamel Arrouche, a high school teacher who grew up in the working-class neighborhood of Villejuif, abandoned his bid for parliament in the Eleventh District of Val-de-Marne as part of the NUPES agreement in order for Green senator Sophie Taillé-Polian to be nominated.

The NUPES also reveals the perverse effects of coalition-making on legislative candidates’ representativeness. Since the party negotiators are themselves party insiders, they are inclined to advance the interests of fellow party insiders. In parallel, those who wielded the necessary political influence could mobilize personal networks in order to secure their nomination by NUPES. According to a party official familiar with the negotiations, France Insoumise candidate Caroline Mécary, facing the threat of losing her nomination in favor of a Green candidate, utilized her connections to prevent it. “She’s a lawyer, she knows how to influence people,” explained the party official. “She jostled her way through, calling people who were involved in the negotiations and people close to the negotiators.” The party official continued, “Because these sorts of practices aren’t at everyone’s disposal, people who aren’t from the political apparatus are at a disadvantage compared to those who are.”

All things considered, NUPES remains a historic feat. In a move that would have been unthinkable a few months ago, the agreement managed to gather the four main left-wing parties into a single coalition, behind a bold and ambitious agenda, that is riding high in polls. The set of candidates nominated by NUPES certainly could have been more representative of its electorate; nonetheless, the nominations of Rachel Keke, Noé Petit, Youenn Le Flao, and Cédric Briolais — among many others — point toward significant strides in the inclusion of candidates from civil society and from the working class. NUPES “will have members of parliament that aren’t from the classic political establishment,” rejoiced a party official. “We could have done better,” they conceded, “but we are doing far better than others.” A sentence that perfectly sums up a qualified victory for representation.