The January 6 committee, Justice Department, and activists are diverging. 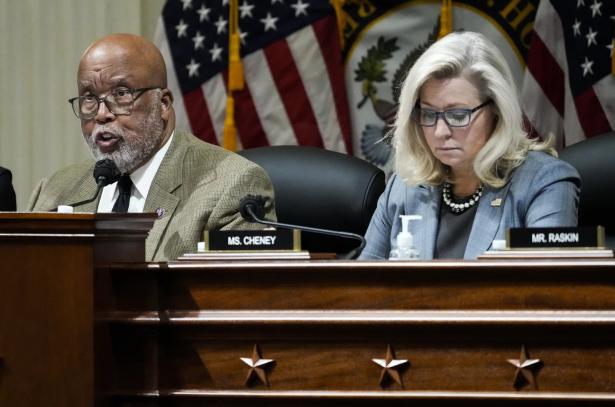 As the House Select Committee to Investigate the January 6 Attack on the U.S. Capitol provides new and mounting evidence of Donald Trump’s efforts to overturn a presidential election he lost, so, too, is the expectation rising that the Department of Justice will have no choice but to prosecute Trump and co-conspirators. But in center-left advocacy circles, there is rising talk that the best odds to prosecute and jail Trump may lie in state court in Georgia, not federal court in Washington, D.C.

“As I said last night on CNN, if there is an audience of one [person to persuade], it ain’t [U.S. Attorney General] Merrick Garland. It’s [Fulton County, Georgia’s District Attorney] Fani Willis,” said Norman L. Eisen, a former U.S. ambassador now with the Brookings Institution, speaking during an activist briefing call one day after the first January 6 House committee hearing.

Eisen and like-minded colleagues were working in public and private to push prosecutions of Trump. Their efforts have followed an arc, he said, from showing “likely criminality that a judge found,” to “substantial criminality” as a Brookings Institution report detailed, to an evolving “Criminal Evidence Tracker.” He said, “We’re going to get to beyond a reasonable doubt.”

And Eisen predicted that Willis, the district attorney in Fulton County, Georgia—where Georgia Secretary of State Brad Raffensperger was bullied by Trump in a phone call to “find” enough votes to overturn Joe Biden’s victory, and where GOP officials forged an Electoral College certificate declaring that Trump won—would likely file charges against Trump and others this year, which could be before Garland acted. Willis convened a special grand jury in May.

“Whether or not he goes to jail depends on whether she and all of us help frame that case that five justices of the [U.S.] Supreme Court say, as they did with Trump v. Thompson, ‘I don’t want to touch it,’” Eisen said. “It will have to survive federal scrutiny. It will be removed [from state to federal court], and we need to get it kicked back to state court in Georgia. That’s the whole shooting match.”

Willis, like her Justice Department counterparts, has been circumspect in her comments, saying her office has a “duty to investigate” and citing past experience in criminal racketeering cases. The Justice Department has also been investigating the January 6 insurrection, has charged hundreds of rioters, and, as Garland said, is scrutinizing the committee’s work.

While it is premature to speculate whether and where Trump and his allies may face criminal charges for their roles in a failed unconstitutional coup, the evidence presented so far—by the committee and by lawyers such as Eisen’s team—is also leading to public statements and new explanations about the committee’s objectives and what separately might unfold in court.

On Tuesday, June 14, Rep. Liz Cheney, R-WY, the committee co-chair, posted a Twitter video that reminded Americans what evidence it had most recently presented.

“Yesterday, the Select Committee’s hearing showed all Americans that President Trump’s claims of a stolen 2020 election were, to use former Attorney General [William] Barr’s words, ‘complete nonsense,’” she said, referring to its June 13 hearing. “We heard this from Donald Trump’s own campaign experts, his own campaign lawyers, his own campaign manager, his attorney general, and others Donald Trump appointed to leadership positions in the U.S. Department of Justice. President Trump’s advisers knew what he was saying was false, and they told him so directly and repeatedly.”

Cheney then previewed the next hearing’s topic: how Trump and his loyalists pressured the vice president “to refuse to count lawful Electoral [College] votes. As a federal judge has indicated, this likely violated two federal criminal statutes. President Trump had no factual basis for what he was doing, and he had been told it was illegal. Despite this, President Trump plotted with a lawyer named John Eastman, and others, to overturn the outcome of the election on January 6.”

Cheney’s video had more than one purpose. The House investigation itself is not a prosecution, but a wide-ranging inquiry intended to tell the American public what happened. However, the panel is also compiling and presenting an evidence trail centered around the hardest part of any prosecution—proving that the likely accused intended to break the law.

“The key, in terms of criminal cases and the viability of criminal cases, is the evidence that’s available to prove that Donald Trump and others acted with the requisite criminal intent,” said Kristy Parker, a former federal prosecutor, during a June 14 briefing by Protect Democracy, a nonprofit dedicated to representative government. “And for the kind of charges we’re talking about here, the department would essentially be required to prove that Donald Trump and his associates knew what they were doing was wrong.”

Parker said that proving intent doesn’t rely on knowing what a person is privately thinking.

“Intent is customarily proven by surrounding circumstances, and we’ve seen the committee doing just that,” she explained. “It’s important to understand as a legal matter that prosecutors won’t be in a position of having to prove that Trump believed he lost, only that he knew he couldn’t do certain things to stay in power, like coerce the Georgia secretary of state to find him one more vote than he needs, or tell the DOJ to just announce fraud, and let him do the rest, or pressure Vice President [Mike] Pence to refuse to accept the results, or weaponize the mob to disrupt the January 6 proceeding. And there’s much more to come from the committee on all of those points.”

Cheney’s video tweet promised more revelations to come. But progressives and center-left public policy organizations are trying to get ahead of that breaking news by ramping up the pressure on federal and state prosecutors to act. Eisen and his team of fellow lawyers have compiled an ongoing document, “The January 6th Hearings: A Criminal Evidence Tracker,” which details the “facts and evidence” known thus far, including new revelations from each hearing.

“Although we are just two hearings in, the evidence of possible criminal conduct is steadily mounting, which we document in our three trackers looking at possible federal charges under criminal conspiracy to defraud the United States (18 U.S.C. §371); obstruction of an official proceeding (18 U.S.C §1512); and criminal solicitation to commit election fraud (GA Code § 21-2-604),” its introduction said on Just Security, a public policy forum. “The hearings have often resembled an argument to a criminal jury. That is not because of the heated rhetoric being used; the Committee has been quite restrained. Instead, it is because of the substance: the power, quantity, and import of the evidence.”

In contrast, at the Protect Democracy briefing, which featured three former Justice Department officials, one of the key takeaways was to give the department enough time to be methodical and to build its cases from the bottom up—starting with hundreds of January 6 rioters and working toward the instigators and organizers, including Trump.

“If, in fact, the evidence is there, as it looks like it may well be, to show that Donald Trump knew that he’d lost the election and knew in connection with these things that he was attempting to do that they were improper, then the culpability is right up near the top,” said Donald Ayer, former deputy attorney general. “Now, at the end of the day, we all need to be patient and acknowledge that the department is the one that has to make this call. Ultimately, it’s the attorney general [Merrick Garland]. And I think we listen, and we wait.”

Notably, the criminal evidence tracker co-authored by Eisen and his colleagues includes a section compiling facts, evidence, and criminal thresholds to convict Trump and co-conspirators in Georgia—not just in federal court in Washington. Eisen further told the activists that Georgia has a bipartisan state pardon board, meaning that a conviction could not be readily overturned by the state’s Republicans (unless its legislature reconstituted the board).

All of these developments, from Cheney’s video previewing the committee’s next hearing to the efforts of Eisen and others to frame the media and legal narratives, point toward Trump and his collaborators facing a day in court.

Even the former federal prosecutors, who, in contrast to Eisen’s team, urged patience, said that Trump knew what he was doing—which contrasts with former Attorney General William Barr telling the committee in a videotaped interview that Trump was “detached from reality.”

“That phrase that Attorney General Barr used strikes me as somewhat inapt,” said Ayer. “For example, that phone call with Raffensperger in Georgia, that Trump executed at some length, that was not the conversation of a person who was detached from reality. That was the conversation of a bully. And he had other similar conversations, [also during which he seemed like someone] who basically wanted things to go his way. And he was going to push and shove and lean on people in order to make that happen. And he did it multiple times, which… gives evidence of a high level of intent.”

This article was produced by Voting Booth, a project of the Independent Media Institute.