The industry-backed initiative, which parallels employers’ efforts in other states like California, had divided drivers and sparked fierce debate among Massachusetts politicians and union allies. 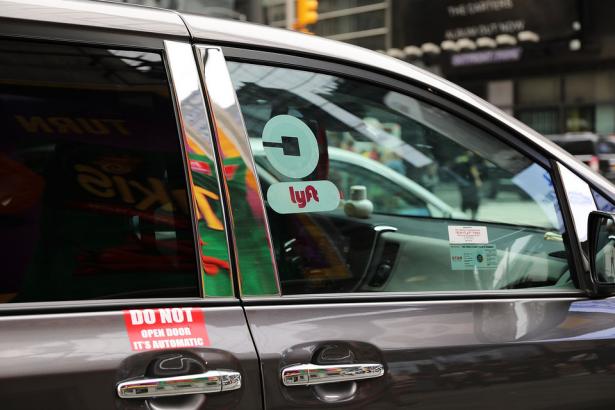 Employers such as Uber and Lyft want their business models preserved by labeling workers as independent contractors., Spencer Platt/Getty Images

BOSTON — The top court in Massachusetts blocked a ballot question Tuesday to continue classifying Uber and Lyft drivers as independent contractors, bringing an abrupt end to what was shaping up to be the most fraught and expensive ballot battle in the state.

The industry-backed initiative, which parallels employers’ efforts in other states like California, had divided drivers and sparked fierce debate among Massachusetts politicians and union allies. Proponents said the classification would preserve drivers’ ability to choose their own hours while adding new benefits. Opponents argued workers would continue to be deprived of the rights afforded to those classified as employees.

But in the end, both potential versions of the proposed ballot question were tossed on a technicality. In a unanimous ruling on a challenge filed by labor advocates, the Massachusetts Supreme Judicial Court essentially said tech companies including Uber and Lyft overplayed their hand by also including language that would shield them from being held liable should their drivers get in accidents by specifying them as “not an employee or agent.”

That, the court said, runs afoul of a clause in the state constitution that’s felled other ballot initiatives in Massachusetts in the past: petitions can only contain “related subjects.”

The proposals improperly contained “at least two substantively distinct policy decisions,” Justice Scott L. Kafker wrote in the court’s 31-page ruling, “one of which is buried in obscure language at the end of the petitions.” These included the liability language, as well as another provision regarding “contract-based and voluntary relationship between app-based drivers and network companies.” Kafker said state Attorney General Maura Healey erred in certifying the petitions for the ballot.

Tech companies have already put tens of millions of dollars behind the ballot initiative. That includes a $13 million contribution from Lyft, which was the largest political donation in state history.

The court decision is the latest chapter in a struggle taking place in other states to redefine the relationship between tech companies and workers. Employers such as Uber and Lyft want their business models preserved by labeling workers as independent contractors. Organized labor and others are pressing hard to reclassify them instead as employees, which would give them the right to collective bargaining under federal law as well as provide them with minimum wage, overtime pay, and other earnings-related legal protections.

It wasn’t immediately clear whether the industry-backed coalition, Flexibility & Benefits for Massachusetts Drivers, planned to appeal the ruling.

Coalition spokesperson Conor Yunits quickly punted the issue back to the state legislature.

“A clear majority of Massachusetts voters and rideshare and delivery drivers both supported and would have passed this ballot question into law. That’s exactly why opponents resorted to litigation to subvert the democratic process and deny voters the right to make their own decision,” Yunits said in a statement.

“The future of these services and the drivers who earn on them is now in jeopardy,” he continued. “We hope the legislature will stand with the 80 percent of drivers who want flexibility and to remain independent contractors while having access to new benefits.”

But state lawmakers had declined to touch the hot-button issue earlier in the ballot process, despite a $2.1 million television advertising campaign by Flexibility & Benefits for Massachusetts Drivers pressuring them to do so. They now have less than two months left in the legislative session to act, if they choose.

Massachusetts Is Not For Sale — the counter-coalition to the industry-backed effort, which had filed several amicus briefs to the case before the court — called in a statement to “remain vigilant” against “any further attempts by Big Tech to water down worker and consumer protections in Massachusetts or beyond.”

Despite that warning, politicians, the state Democratic Party, labor unions and civil rights groups who had opposed the push to make app-based drivers independent contractors were quick to celebrate the court’s death knell to the ballot question — at least for this year.

Shannon Liss-Riordan, an attorney general candidate and labor attorney who was a founding board member of the Massachusetts Is Not For Sale opposition coalition, declared the ruling a “victory for working people in Massachusetts.”

“Big Tech can’t buy their way out of treating their workers with dignity and respect,” state Sen. Sonia Chang-Díaz, one of two Democrats running for governor, tweeted.

Meanwhile, a related lawsuit will move forward. Healey brought charges against Uber and Lyft in 2020 that the companies were in violation of Massachusetts’ independent contractor law, which includes an ABC test akin to that proposed in California. ABC tests require that employers meet three conditions before they can classify their workers as independent contractors.

“I respect the Court’s decision to exclude this initiative petition from the ballot,” Healey said in a statement. “As an enforcement matter, I will continue our efforts to force Uber and Lyft to comply with Massachusetts employment law and to ensure rideshare drivers have the same rights as all other employees.”

There, the threat of a possible ballot initiative akin to California’s Proposition 22 lent urgency to the talks. The employer-backed California measure, which cemented ride-hail drivers and other gig workers as independent contractors, is currently tied up in court amid opposition from unions and their allies.

Lyft told POLITICO in April that the Massachusetts ballot question was a backup for the companies’ efforts to get a bill across the finish line.

“They’re similar to Washington state,” Lyft executive Jen Hensley said then. “We’re going to continue to work through the legislative process through the rest of the session and remain hopeful that we can come to an agreement that works best for drivers.”

“If that is not successful, we do have a ballot campaign … to be able to vote to provide those protections to drivers directly,” Hensley said.

Nearly 1 in 6 Americans have earned money using a gig platform, according to Pew Research Center. Yet there is no comprehensive federal law governing the business model — punting the issue to the states, where businesses, unions and lawmakers must duke it out with varying levels of success.

The Labor Department recently announced it was kicking off the rulemaking process for classification of independent contractors after a judge reinstated a Trump-era rule on the issue that makes it easier for businesses to classify their workers as independent contractors by way of an “economic realities” test analyzing how much control workers have over their job duties and their opportunities for profit or loss.

Washington’s legislation provides drivers with paid sick leave and workers’ compensation while keeping them classified as independent contractors, rather than employees. It also establishes a minimum rate of $3 per trip, $1.17 per mile and $0.34 per minute.

One of the local union officials who worked on the Washington state bill, Teamsters 117’s Brenda Wiest, said she could envision a similar compromise in Massachusetts given that “there is a vibrant labor movement there.” More than 12 percent of Massachusetts workers were in a union in 2021, according to the Bureau of Labor Statistics — higher than the national average of 10.3 percent.

“You can’t do it if the drivers aren’t leading,” Wiest said. “If you’re leading the charge, and there’s no one following you, there’s nothing to be gained, right?”

One hitch: National unions oppose the Washington state model, which — because it doesn’t classify workers as employees — doesn’t give them the right to collective bargaining.

“Washington state’s model is not the template for the rest of the country to follow,” AFL-CIO President Liz Shuler said. Other proposals would do a better job “allowing for protections for workers but not compromising the bedrock principles of worker classification.”