film HBO’s New Documentary Is About the Early 1970s, but It Couldn’t Be More Timely

The Janes felt only months ago like a warning. Now it feels like a manual for action. 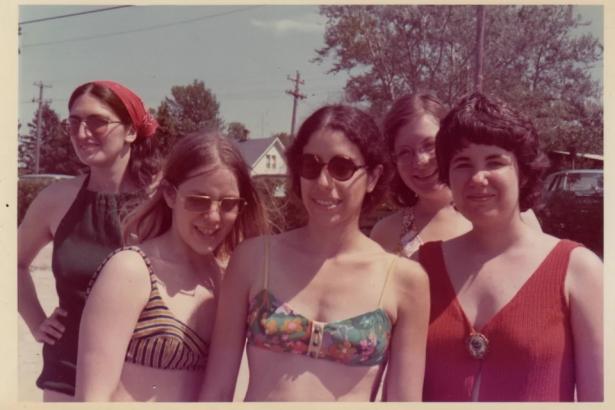 “If you start worrying about all the little details,” declares Eleanor Oliver, one of the 70- or 80-something women who are the whip-smart, dry-humored subjects of the new documentary The Janes, co-directed by Tia Lessin and Emma Pildes, “you won’t get anything done.” “That was the beauty of Chicago, I think,” muses the next interviewee to appear on camera, identified onscreen only as “Peaches.” “It was a town where people did stuff.”

Getting stuff done was the stock-in-trade of the Janes, “Jane” being the umbrella name, and the public code word, for a grassroots network of Chicago-area activists who, in the last five years before the Roe v. Wade decision in 1973, ran a kind of underground railroad for women seeking illegal but safe abortions. Over the course of five years, between 1968 and 1973, the group was responsible for facilitating something like 11,000 abortions, yet they went under the radar of the legal system until 1972, when seven of the group’s members were arrested after a Chicago cop’s sister-in-law was caught seeking to terminate her pregnancy. Shortly afterward, the Roe v. Wade decision made the group’s existence happily superfluous. Now, nearly 50 years later, Americans’ reproductive choice is again in jeopardy, making The Janes not only a crucial part of the historical record but a searingly contemporary film about the power of mutual aid and collective action.

The Janes is not only a crucial part of the historical record but a searingly contemporary film about the power of mutual aid and collective action.

Many of the group’s members had their own experiences with back-alley abortion. The very first testimonial we hear is from a woman named Dorie who procured her procedure through a mob connection in the early 1960s. That memory is a harrowing one, involving a brusque male abortionist who spoke only three sentences to her the whole time (the first being “Do you have the money?”) before abandoning her in a dirty hotel room next to another bleeding young woman. Years later, after the Jane network had been founded, Dorie had a second abortion through the collective. She chokes up as she describes arriving at the secret location where abortions were being performed and hearing the voices of women speaking kindly to one another: “It was the best medical experience I ever had.”

The second-wave feminists in the Jane group came of age in a patriarchal medical establishment where, as one recalls it, “doctors were like kings” and prescription birth control was accessible only to married women. (A cheap wedding band slipped on before a doctor’s appointment functioned as a common workaround.) Still, in the words of one member, “It was a case where men underestimating women’s abilities worked well for us.” Because most of the group’s members were middle-class white ladies—though one exception, Marie Leaner, is among the most fascinating of the talking heads interviewed—they were able to operate for years under the noses of the legal and medical establishment. A portion of the film deals sensitively with these racial and class issues, which intensified after 1970 when abortion became legally available in some U.S. states, enabling women with means to cross state lines to obtain one.

Though The Janes’ format breaks no new stylistic ground—it’s a familiar mix of talking-head interviews and well-chosen archival images, including photographs of the impossibly young-looking subjects in hippie-chic ’70s garb—the interviewees are so sharp, funny, and thoughtful that the documentary never feels preachy or dull. When the off-camera interviewer observes that it must have been scary to have a college classmate show up bleeding in the aftermath of a back-alley abortion, the subject being interviewed wryly adds that it didn’t help that she had just finished getting high at the time. But a half century later, the Janes still seem keenly attuned to the moral outrage that set them on the path in the first place. One of them, now a reverend who has herself had two abortions she regards as God-given choices, lays out the moral stakes in language powerful enough to be useful to present-day abortion activists: “It’s not a theological argument. That’s a put-up job. To exclude women from ethical agency excludes us from humanity.”

Another speaker rifles through a stack of the now-yellowed index cards the Janes kept for each incoming client. These contained not just the women’s personal information, but notes about their mental state (“terrified,” reads one scrawled comment) and their legal situation (“be cautious, father is a cop”). Bowing her head over the cards, the subject murmurs, “I’m glad we were able to help them, but they shouldn’t have had to go through that.” Among the most memorable interview subjects is also a man, identified onscreen only as “Mike,” who performed abortions for the group. The revelation that he was not, as he let the women believe for several years, a credentialed doctor landed as a shock among the Janes—but it also made them realize that, if he could carry out the procedure safely and successfully without a medical degree, so could they. “Mike” trained several women in the group in how to dilate a cervix and scrape a uterine wall. In one of many no-punches-pulled moments in the documentary, one of them displays the tools she used to do so and gives us a brief demonstration of the technique.

“We were thrilled, and we thought it was over, you know,” says one former Jane, recalling the group’s jubilation on hearing of the Roe v. Wade decision. “Who knew what would follow?” When this film was finished last year, it was not yet clear how soon, and how starkly, that question would be answered. Now that the reversal of that landmark decision at the federal level looks to be inevitable, movies like The Janes—or Call Jane, a fictionalized version of the same real-life narrative directed by Carol screenwriter Phyllis Nagy and set for release this fall—feel more urgent, and more necessary, than ever. What could have felt like a celebration of the reproductive rights movement’s history now looks more like a manual for its future.

Listen to the first episode of Slow Burn Season 7: Roe v. Wade, which tells the forgotten story of Shirley Wheeler, the first American woman ever convicted for getting an abortion.