“Gun violence is the leading cause of death of children in this country and that is really horrific. If that is the case, why isn’t there a robust team of people working on that every day?” says Robin Lloyd of Giffords. 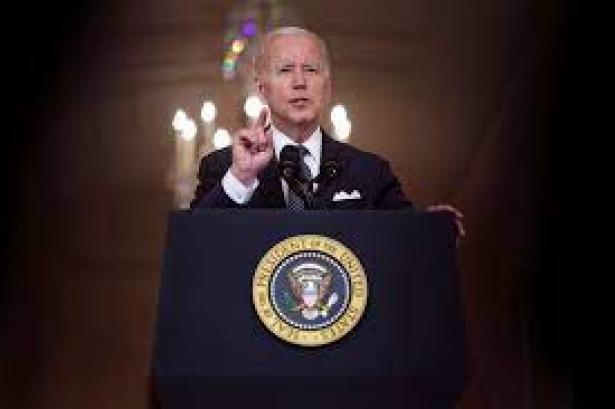 The less than two weeks’ time between President Biden signing a bipartisan bill aimed at curbing gun violence and another mass shooting taking place, this time during a Fourth of July parade, has left some Democrats and allies frustrated the administration isn’t doing enough to help prevent the next attack.

From the White House, Biden is increasingly limited on what he’s able to do on the matter. And what is on the top of his list for Congress to act on — a reinstatement of a 2004 ban on assault weapons, which are often used in mass shootings — has no chance of advancing given the current makeup of the Senate.

But advocates insist Biden needs to put more resources and personnel toward tackling the issue of gun violence plaguing the country. Robin Lloyd of Giffords, a group founded by former Rep. Gabby Giffords (D-Ariz.), suggested the administration could house such an effort in a department whose sole focus is gun violence prevention.

“Gun violence is the leading cause of death of children in this country and that is really horrific. If that is the case, why isn’t there a robust team of people working on that every day?” she said.

White House press secretary Karine Jean-Pierre spent some of the daily briefing on Tuesday reiterating that Biden has been forceful in his messaging in the immediate aftermath of attacks that have targeted a variety of public spaces.

Jean-Pierre said that Biden will “absolutely” call for more to be done on gun violence and that the administration would continue to communicate with members of Congress but was short on specifics.

Noah Lumbantobing, a spokesperson for March for Our Lives, said Biden still has “tools he hasn’t unlocked.”

“We feel the whiplash too. … We wanted to relish this moment as well, and we did celebrate it when it passed,” Lumbantobing said of the gun bill. “We don’t have the opportunity to rest, and certainly the president doesn’t. It’s not the role of a leader in a crisis, and it’s a call for the president to do anything he can in light of the epidemic, and he hasn’t.”

The suspect in the Highland Park, Ill., Independence Day parade shooting opened fire on a crowd with a high-powered rifle, similar to an AR-15, which would fall under the assault weapons ban that Biden has called on Congress to support in the aftermath of recent shootings in Buffalo, N.Y., and Uvalde, Texas.

But such a ban is hardly likely to pass the Senate, where Democrats need 10 Republicans to vote with them to overcome the 60-vote threshold to advance most legislation. Without Republican support, all 50 Democratic senators would need to support changing the Senate filibuster rule, which Sens. Joe Manchin (D-W.Va.) and Kyrsten Sinema (D-Ariz.) are opposed to.

“The Democratic Party right now could have prevented what happened yesterday. It could have prevented Uvalde. It hinges on two senators,” Lumbantobing said. “The president absolutely needs to be putting more pressure on the Senate to end the The gun control law, known as the Bipartisan Safer Communities Act, enhances background checks for gun purchasers between the ages of 18 and 21, makes obtaining firearms through straw purchases or trafficking a federal offense, and allocates millions of dollars to help states administer red flag laws to keep guns away from people deemed a threat to themselves or others.

Authorities said the suspect in the parade shooting obtained the firearm legally. Illinois has some of the country’s strictest gun control laws, including a red flag law, but is surrounded by states with more lax restrictions.

Christian Heyne, vice president of policy at Brady, argued that shootings are more lethal in the U.S. because of the availability of high-capacity magazines.“I think that the president has indicated that he will continue to do everything within his power to work to end gun violence and that means that we have more work to do,” Heyne said. “If there is an opportunity by any means necessary to push for the kind of necessary reform, we’re going to need at some point to have honest conversations — not just on assault weapons bans but also universal background checks.”

Rep. Brad Schneider (D-Ill.), whose district includes Highland Park, called for universal background checks and an assault weapons ban in the wake of the shooting, noting that there have been more than 300 mass shootings so far in 2022.

Rep. Mike Thompson (D-Calif.), a co-sponsor of the gun control bill, said the bipartisan legislation didn’t go as far as “many of us would have liked” and said he will work with Biden to pass measures such as banning high-capacity magazines and expanding background checks for all gun purchases.

He pointed, though, to the red flag provision in the bill, which allocates $750 million to help states keep guns away from people deemed a threat to themselves or others.

“Based on the suspected shooter’s social media posts, the funding for red flag law programs in the Bipartisan Safer Communities Act could have put the suspect on law enforcement’s radar through stronger public awareness of this program and provided an opportunity for an intervention,” Thompson said.

Heyne also pointed to the red flag funding for all 50 states, arguing that with strong implementation, the provision could prevent similar shootings.

“These are not tools that are going to self-actualize. They require robust implementation, and possibly, depending on what his history is, that is a tool that could have been used,” he said.

While the gun control bill was signed into law just under two weeks ago, advocates also say it will take time to see how provisions in the bill play out and stress that this legislation is not the final step on gun violence prevention.

John Feinblatt, president of Everytown for Gun Safety, argued that the gun lobby has enablers in both Congress and state legislators, so work must continue at every level of government.

“The Bipartisan Safer Communities Act broke a nearly 30-year logjam in Congress, and everyone — including President Biden — has been clear that it’s a step forward, not the end game,” he said.
Subscribe to Portside