Why Did Document-Shredding Trump Hoard Documents?

What would make the same paper-shredding-president opt to keep a safe with documents that might incriminate him in federal crimes? 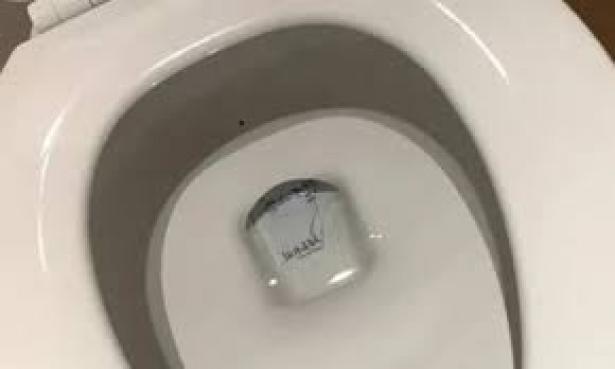 For years we’ve known Donald Trump had a unique habit of flushing documents down the toilet. In the Oval Office, Trump liked to tear up papers after he finished reading them, which meant staffers had to literally tape them back together in some cases. Other documents ended up in a White House fireplace.

In other words, he’s not much of a record-keeper. So what would make the same paper-shredding-president opt to keep a safe with contents so important that it would spur the FBI to crack it open? And on top of that, documents that might incriminate him in federal crimes?

“What does anybody keep in a safe? You keep things that you want to keep private. So for example, cash,” said Michael Cohen, the reformed Trump lawyer-fixer. “I don’t know whether or not it was actually a safe or [whether] it was just a file cabinet that locked.”

Whatever it was was controlled by Matt Calamari, then-Trump’s head of security, Cohen continued. “And in that, I do know specifically that they used to keep company documents, for example, like everybody’s NDAs. Things like that in that lock room,” Cohen said.

Barbara Res, a former executive vice president at the Trump Organization, doesn’t recall specifically whether Trump had a safe at Trump Tower, but she said it wouldn’t surprise her. Trump, Res said, would “feel that his safe would be impenetrable.”

Res scoffed at that, saying there’s no way there was something that pedestrian in there. “I love watching Eric. He’s so—excuse me—fucking stupid,” Res said. “He kept ‘clippings?’ If Trump kept clippings, of all his clippings would fill a stadium. And he kept notes from his … oh, what a crock of shit.”

Don’t think of Trump as a saver, said Michael D’Antonio, author of High Crimes: The Corruption, Impunity, and Impeachment of Donald Trump. “I actually would think of him as the opposite of a hoarder as demonstrated by his flushing away and tearing up documents. He is afraid of evidence,” D’Antonio said. “The only other similarly paranoid thing that I know he did was hire an armed chauffeur—an off duty police officer way back when nobody knew who the hell he was.” For a long time at Trump Tower, D’Antonio added, Trump “apparently kept a gun in his bedside table.”

“He has guns,” Cohen said. “Whatever you would keep in the safe, so would he. It’s not like he’s keeping the monkeypox vaccination in there or anthrax. Let’s not get silly with what’s in there.… But I would not be shocked if somebody ended up going in there and finding, maybe, something somebody else may have asked to hold for him.”

Federal investigators haven’t responded to frantic Republican calls to detail exactly what they were looking for. That’s left former law enforcement officials hesitant to even speculate in detail what the FBI was looking for specifically.

“It’s really tough to figure out but I think it comes down to the eccentricity to the figure involved,” former FBI special agent Dennis Lormel said. “If in fact they opened the safe they had to have probable cause to open the safe. They couldn’t just open it. When you’re executing a search warrant in the first place it’s very intrusive. You have a safe like that I would have to think … you would have to specify in the warrant that you were going to go into that safe.”

What is clear is that whatever the FBI felt could be in Trump’s safe was important enough for Trump to keep it in there, and for the FBI to carefully executive a search warrant at the property of a former president—and for a federal judge to approve the search. This is clearly not, as all of Trump’s loyalists are arguing, just a way to keep Trump down.

Since the FBI executed its search warrant at Mar-a-Lago Monday, it’s been unclear exactly what they were looking for. Federal officials seem to serve the warrant over concerns that Trump did not actually turn over everything in the 15 boxes he took to his Florida club when he left the White House. There’s a lot of speculation, but very little actual knowledge, about what this destroyer of evidence kept. Those letters between Trump and North Korean leader Kim Jong-un reportedly were in some of the boxes that went to Mar-a-Lago.

Since the FBI executed its search warrant Monday, Republicans have been rabidly denouncing the FBI, demanding that the feds make public what they were looking for and vowing retribution in the next Congress. Senator Ted Cruz compared the raid to something Richard Nixon would do, saying “What Nixon tried to do, Biden has now implemented: The Biden Admin has fully weaponized DOJ & FBI to target their political enemies.” Senator Ron Johnson, a Republican member of the Senate Homeland Security and Governmental Affairs Committee, has sent out fundraising emails saying the “FBI is just another arm of the Corrupt Democrat Party. They’ve weaponized the justice system and they’re persecuting political rivals.”

What’s become clear over the past few days is that the FBI doesn’t plan to budge. Legal experts with whom I spoke and quoted elsewhere say there’s no sign the FBI and Justice Department conducted this short of the highest level of care. Republicans have argued that the federal government is deliberately hiding details of the raid. But legal experts also say Trump or his legal team could easily publicize the paperwork they received as part of the warrant anytime they want.

From the minute the raid occurred, Trump has been trying to paint the seizure as the real malpractice at hand. There’s no credible sign that what the federal government did was anything besides by the book. What is clear is that Trump was so compelled to override his usual habit of destroying evidence in trying to keep something in a safe. Whatever was in there, Trump clearly knew it was sensitive and was willing to risk legal jeopardy to keep it.

Daniel Strauss is a staff writer at The New Republic. @DanielStrauss4