It’s not enough for Starbucks to carry out a scorched-earth campaign to destroy workers’ union organizing campaign. The company is now implementing Trump-like attacks on the legitimacy of union elections overseen by the National Labor Relations Board. 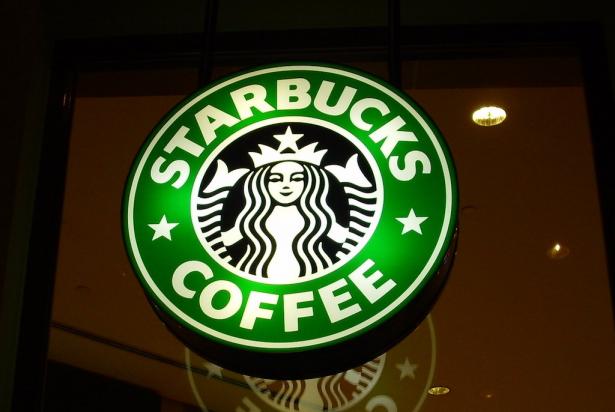 Starbucks's new union-busting strategy is to halt NLRB elections across the country.,@uchiuska / Flickr

After engaging in one of the most brutal and most unlawful anti-union campaigns of recent decades, Starbucks has hit on a new tactic: it is claiming evidence of skullduggery at the National Labor Relations Board (NLRB) in order to help pro-union workers win an election in Kansas City. As a result, the company is calling for mail-in certification elections at the company to be suspended with immediate effect.

In a letter to the NLRB, Starbucks says that Board agents in Kansas City favored pro-union workers in the election process and then colluded with the union, Workers United, to hide the evidence of malfeasance. In response, Workers United said the letter was simply Starbucks’s “latest attempt to manipulate the legal process for their own means and prevent workers from exercising their fundamental right to organize.” So far, the union has won over two hundred twenty NLRB elections in thirty-three states — many by overwhelming margins — and has lost only forty-six elections.

Starbucks is scraping the bottom of the barrel here — and forgot to mention its unlawful termination of three workers at the same location. The Board is accorded a lot of discretion to manage elections. It’s highly unlikely that the Board will find any substance in its complaint. So often with Starbucks, the complaint (or the appeal) is the point. It does not seem like a good issue for them; if there was something better they would use it, but this is the best they’ve got.

My understanding is that the Kansas City issue involves a few Starbucks workers who did not received their ballots — even after requesting them from the NLRB — and then asked if they could cast their ballots at the local NLRB office, which was a seven-minute walk from the Starbucks store, and were told that they could do so. Nothing more sinister than that.

Almost laughably, Starbucks’s letter is complaining about election conduct at a store — Overland Park, Kansas — at which the NLRB has already found merit in a complaint that Starbucks unlawfully fired three employees, out of an estimated seventy-five nationwide terminated for union activity.

Most cases involving accusations of Board agent misconduct involve Board agent conduct during in-person elections: for example, an employer complains that an agent left the polling area to go to the bathroom or let union supporters wear buttons in polling area. Amazon’s case against the election result at JKF8 warehouse in Staten Island involves a complaint against both the Amazon Labor Union and the NLRB office in Brooklyn.

Such employer cases are typically filed as objections and are litigated in an objections hearing presided over by a Board agent or hearing officer from a different NLRB region from the region in which the alleged conduct took place. These hearings are similar to other board hearings, except that it’s more complicated to call a Board agent as a witness. In the Starbucks campaign, Board agents across the country — who are career civil servants — have been conducting hundreds of representation elections, and investigating hundreds of unlawful anti-union practices, with extremely limited staff and other resources. Starbucks’s endless, frivolous appeals, objections, and complaints makes their job more difficult — and means they have less time to devote to election and unfair labor practice proceedings. This is the point.

Assuming “something” happened in this case — rather than every detail of Starbucks’s complaint being a fabrication — it likely did not change the outcome of the election. Starbucks is almost suggesting that simply because these elections are run by the federal government, they must be politically motivated and corrupt.

Starbucks’s letter to the Board states that if it fails to properly investigate and suspend elections pending the outcome of the investigation, “we do not see how the Board can represent itself as a neutral agency adjudicating unfair labor practice (ULP) disputes — and elections — in a manner that is fair, honest, and proper, without the appearance of impropriety.”

The Board will almost certainly do some kind of investigation — likely conducted by the regional director and then the full Board — which would likely find very little. But it gives Starbucks a talking point, allows the company to take the moral high ground, and perhaps provides something it can hope to use down the road with the federal courts. It allows Starbucks to delay and helps it to sow distrust about the NLRB process, and maybe scare off even more workers from becoming involved in the process.

Delay is the point here — Starbucks can win, even when it loses. The bar is extremely low when it comes to this kind of complaint, but winning isn’t even necessarily their aim. Even if Starbucks loses before the Board, that doesn’t mean it loses. The complaint delays workers’ efforts to organize, it delays elections, and it delays bargaining. From the company’s perspective, that’s great.

Starbucks is correct about one thing: the NLRB’s elections at the company are unfair.

But Starbucks may try to appeal to the federal court, whose judges are often largely uninformed about how the nuts and bolts of NLRB elections work, and thus Starbucks might feel that it has a shot before the court if its complaints get that far.

It is now complaining that the election at the landmark Seattle Roastery (where it lost in an election in April) should be overturned because only about two-thirds of the workers voted with the mail-in ballot. The Board will almost certainly reject this baseless appeal, but Starbucks gets to delay bargaining with the employees for months as a result. Last week, its complaint at workers’ conduct during an election campaign in Phoenix was rejected outright by the NLRB.

By filing a complaint against the NLRB, Starbucks may simply be trying to divert attention from its own unlawful conduct.

The NLRB currently has 284 open ULP charges, spread across twenty-eight states, against Starbucks. Most anti-union corporations would take years to rack up this number of complaints. Regional offices have already filed nineteen complaints against Starbucks covering eighty-one ULP cases. Seven of these cases are currently before Administrative Law Judges (ALJ), and ten are awaiting a hearing before an ALJ (meaning that the regional Board has already found merit in all of these complaints). In Buffalo alone, the NLRB regional director found that Starbucks committed almost three hundred violations of federal labor law during its brutal four-month-long campaign against pro-union workers.

Most importantly, the Board must still rule on Starbucks’s most serious unlawful anti-union action: for the past three to four months, the company has been telling workers it will raise wages and benefits. The company then implemented the increases on August 1, but only for workers who were not involved in organizing and who had not voted to unionize.

This threat has been repeated at every store in the country and has had a profoundly negative effect on the number of new stores petitioning to unionize. In an interview with Steven Greenhouse in the Guardian, NLRB general counsel Jennifer Abruzzo — the Board’s top lawyer — stated she viewed such a threat as unlawful coercion. Asked about such a threat in general terms, Abruzzo responded: “I think saying that is an unfair labor practice. . . . To me that statement is inherently discriminatory conduct.”

Starbucks is correct about one thing: the NLRB’s elections at the company are unfair.

And they are unfair because Starbucks and its union avoidance law firm, Littler Mendelson, have made it their mission to make it impossible to hold a fair election at any of Starbucks’s almost nine thousand corporate-owned coffee stores throughout the country.

By taking these actions, and now by questioning the legitimacy of the NLRB’s processes, Starbucks is further weakening democratic norms and institutions in the country at a time of national crisis.